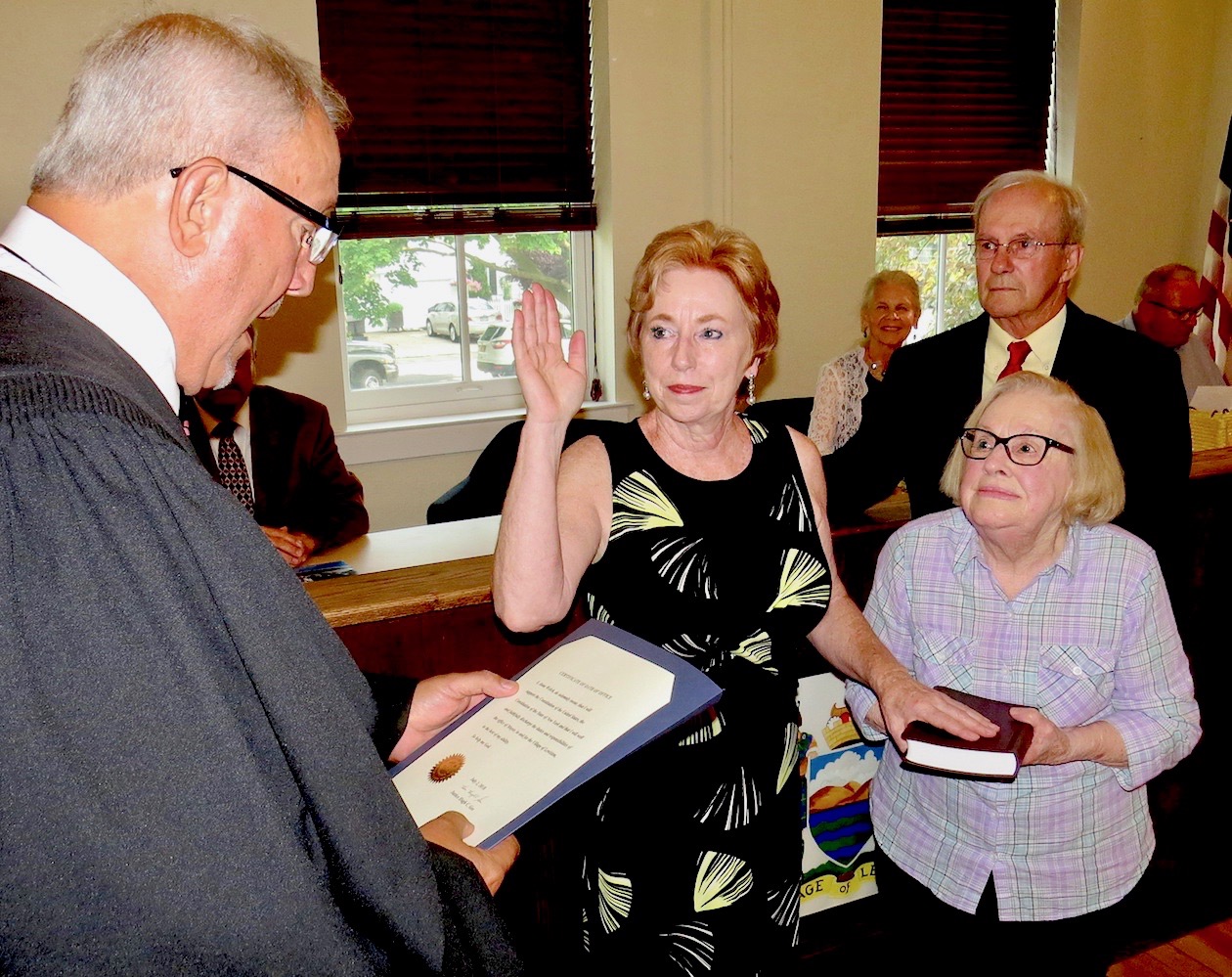 Mayor Anne Welch is sworn into office by the Hon. Hugh Gee. She is joined by former Mayor Marilyn Toohey (holding the Bible) and her husband, Bob.

Anne Welch sworn into office as mayor of Lewiston

by jmaloni
Mon, Jul 2nd 2018 08:40 pm
Village holds reorganizational meeting
By Joshua Maloni
Managing Editor
The Village of Lewiston has a new mayor, as Anne Welch was sworn into office on Monday. Her four-year term began with applause, as family, friends and supporters crammed into the Morgan Lewis Village Boardroom to watch the former clerk/treasurer take the oath of office.
Fittingly, former Mayor Marilyn Toohey held the Bible, as Welch was sworn in by Town of Lewiston Justice Hon. Hugh Gee. It's been almost a quarter-century since a woman was mayor. Toohey served from 1977-94.
Welch was joined by her husband, Bob, and former mayors Terry Collesano (2010-18), Bill Geiben (2010) and Richard Soluri (1994-2010).
Upon taking the dais, Mayor Welch called the meeting to order and said, "This is an exciting day for me, my husband, my family and those that supported me and ultimately helped me to be elected as your mayor. I take this oath and your trust very seriously. I bring to this position 30 years of experience and a love for the village, its residents and our business community.
"You have my word that I will always do what is right. I am looking forward to working collaboratively with all the trustees. Every decision I make will be made with thoughtful consideration and will be done in accordance with local and state law.
"I am so excited to get to work and see what great things we can accomplish together."
Claudia Marasco was sworn into office for her first term - and will serve as deputy mayor - while Trustee Vic Eydt was sworn into office for his third term.
They are joined by returning trustees Nick Conde and Dan Gibson.
Mayor Welch and the Board of Trustees unanimously approved the following appointments:
Meeting days and other municipal matters (special classes, hours, hourly wages) remain the same. Click HERE to download the agenda (PDF).
The board also approved the following:
•A motion to approve the 675-square-foot expansion of Tops Xpress at 805 Cayuga St. A short-form State Environmental Quality Review was completed and presented to the Planning Commission on June 11. That night, this board also unanimously approved the development proposal. Find additional details HERE.
•A motion to have Mayor Welch sign a nonbinding letter to National Grid to "start the 90-day clock asking for a purchase price for the village to own the 190 street lights and 124 antique lights throughout the village." The agenda item further stated, "This letter will give us a purchase price for our street lighting so we may move forward with investigating a savings program being offered by New York State Power Authority to change over to LED lighting."
Eydt explained, "New York State Power Authority is putting together a bunch of communities in Western New York - as many as they can get - to change over all the street lights in their communities. ... It looks like almost every community in the Western New York area - at least Niagara County - is getting involved with this. In the long run, it's going to save us a lot of money. They're looking to help with financing and for grants. I think it's a great, great opportunity to save some money and get new lighting for the village." 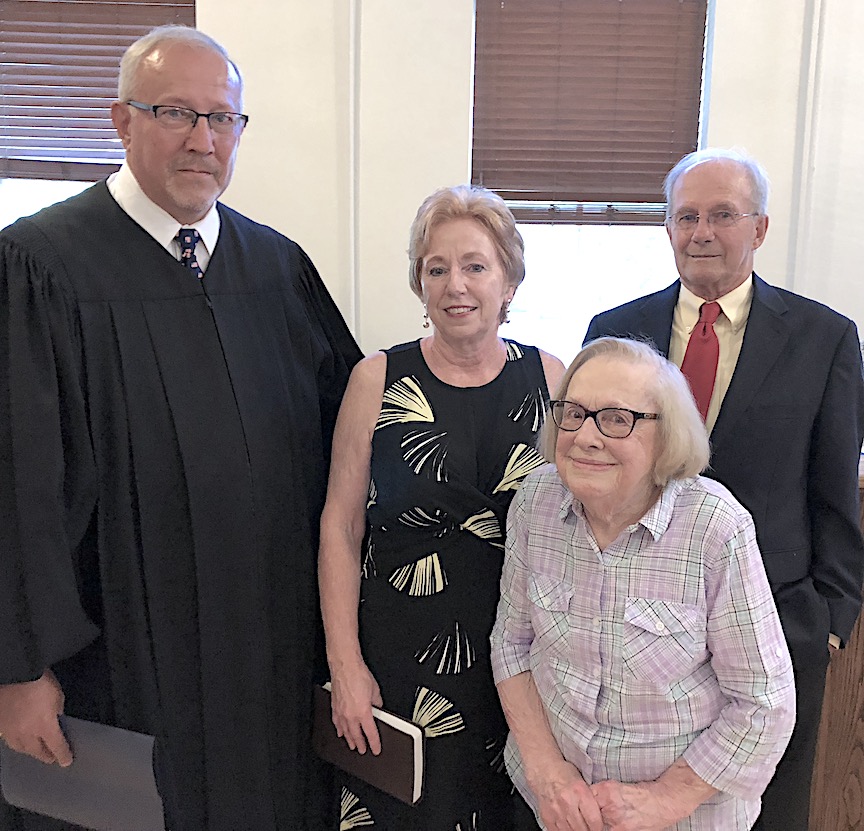 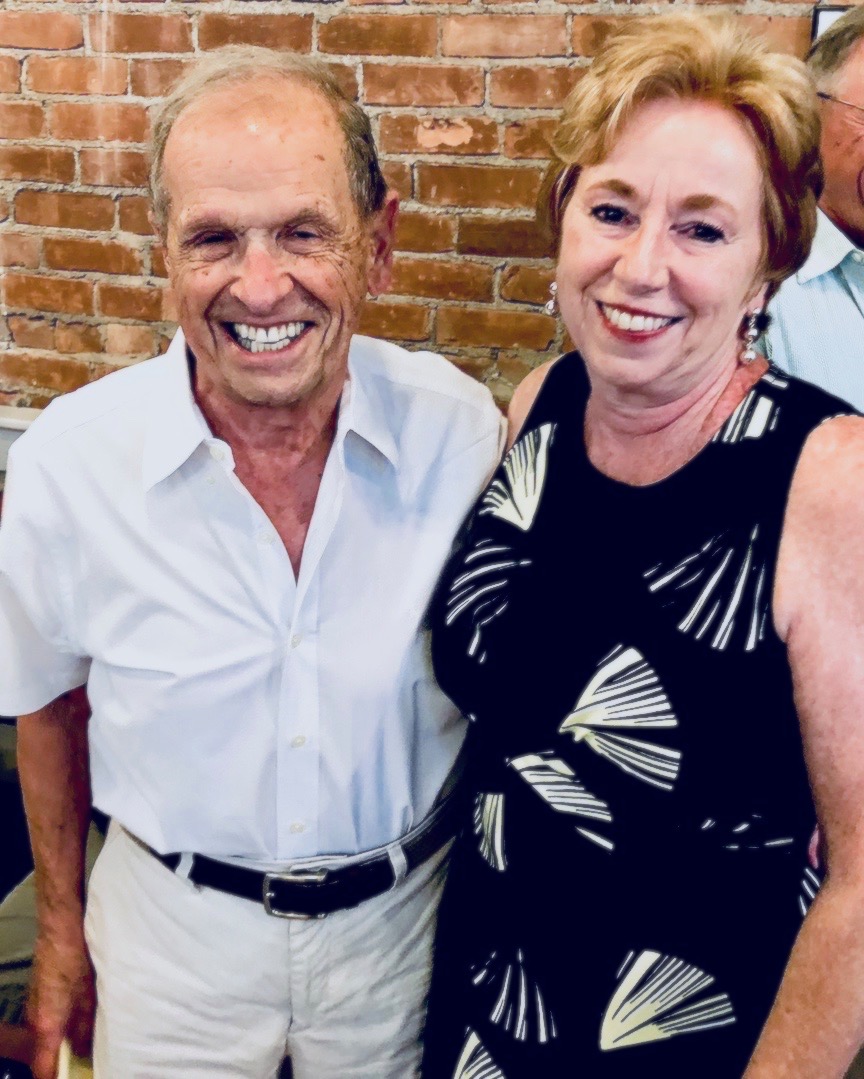 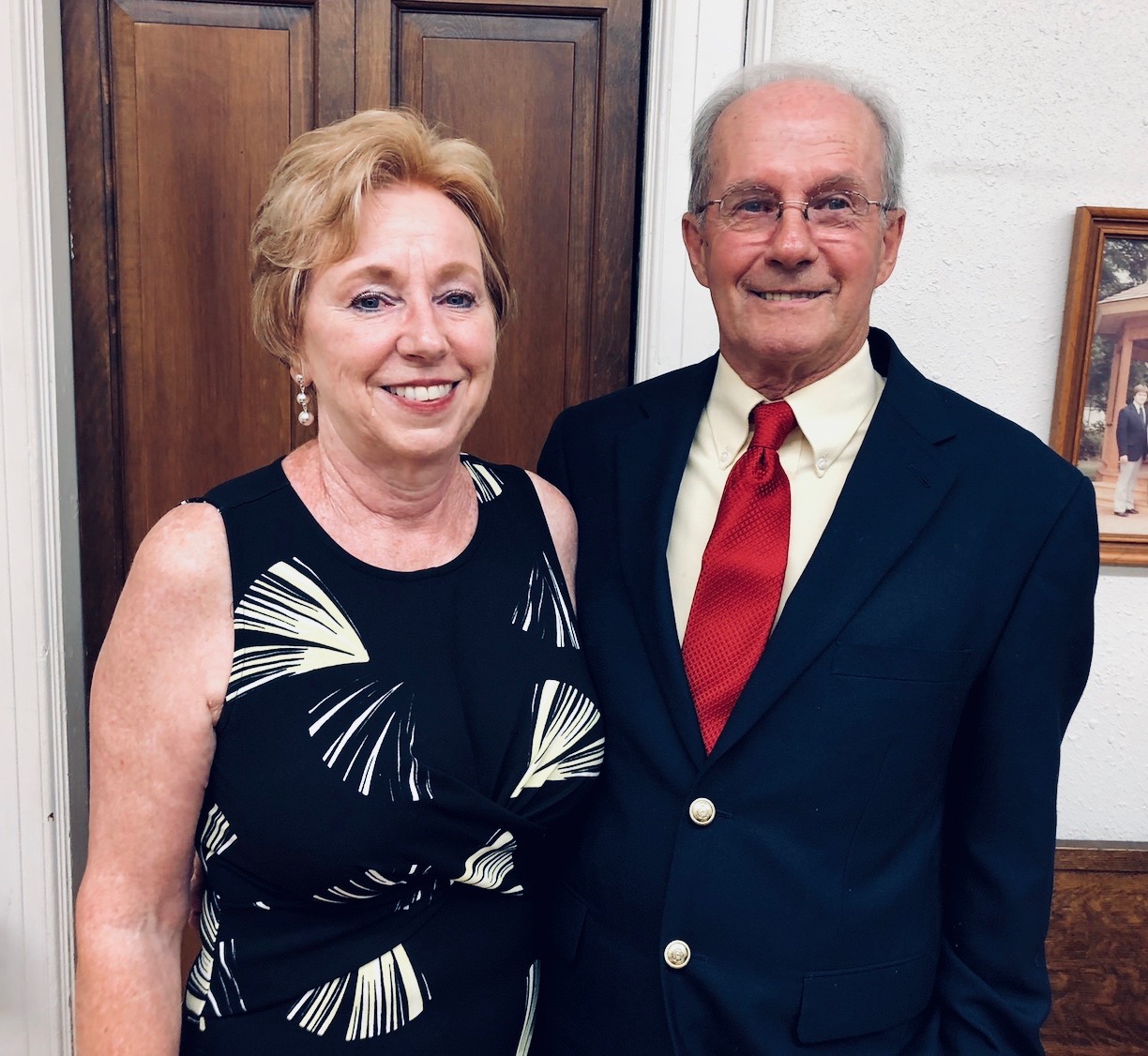 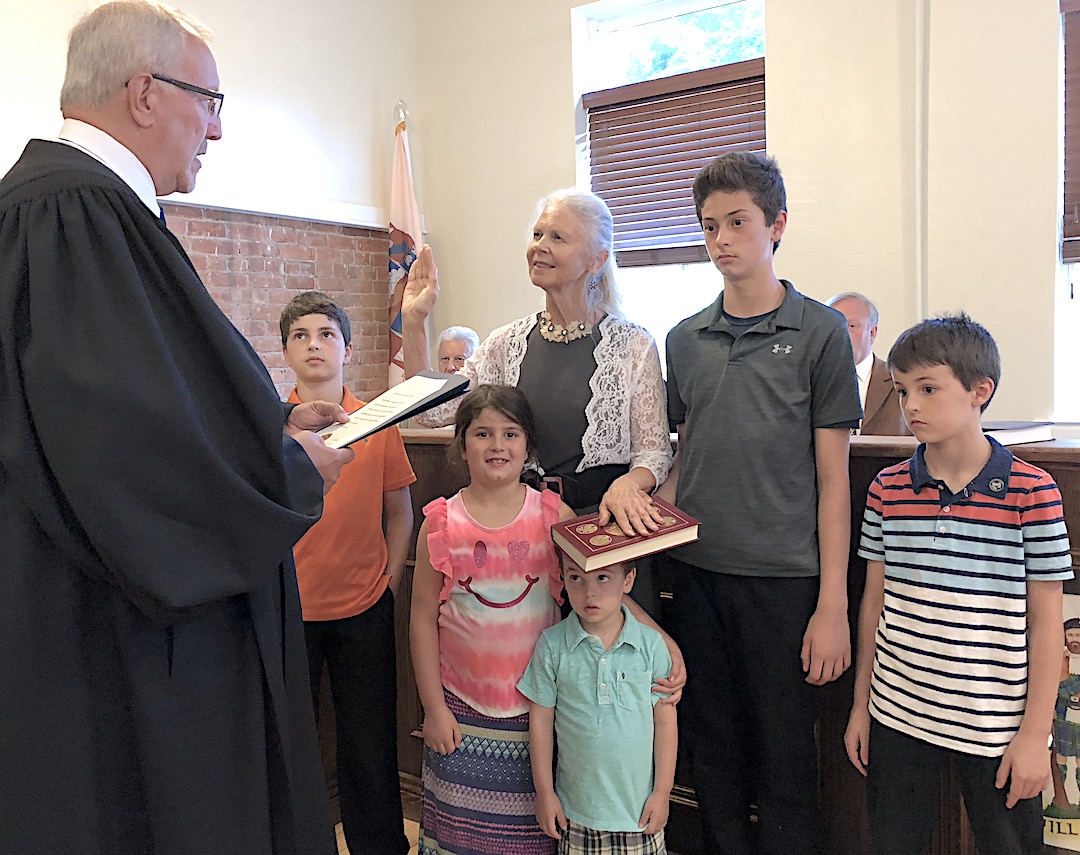 Deputy Mayor Claudia Marasco is joined by some young family members as Gee administers her oath of office. 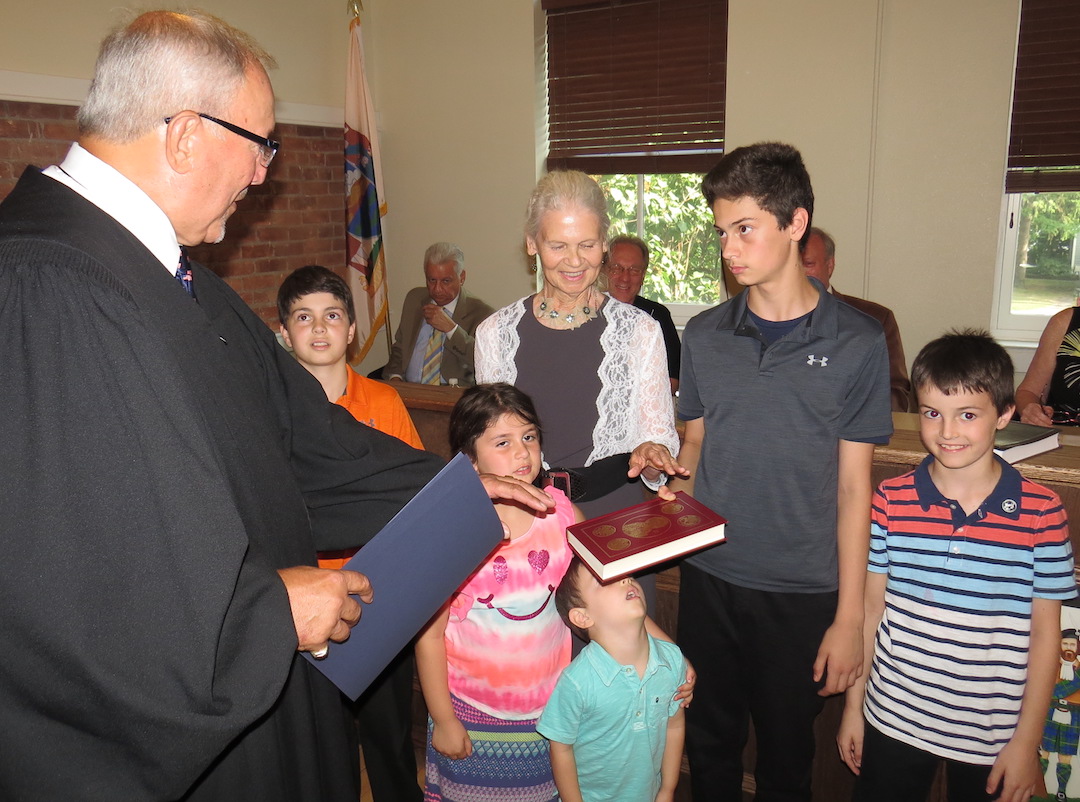 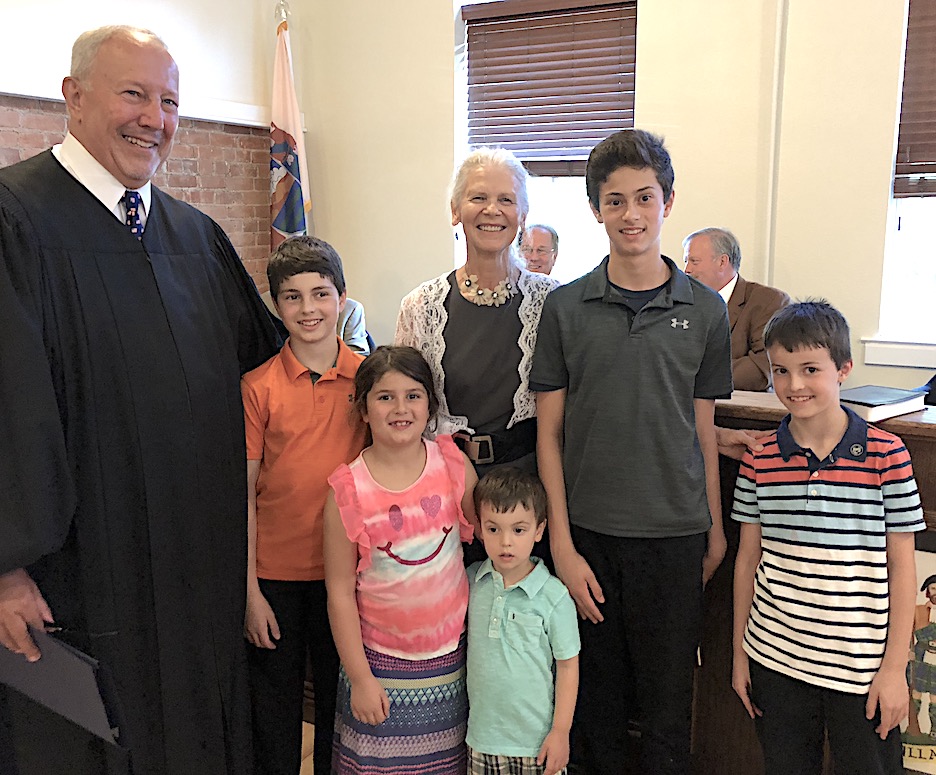 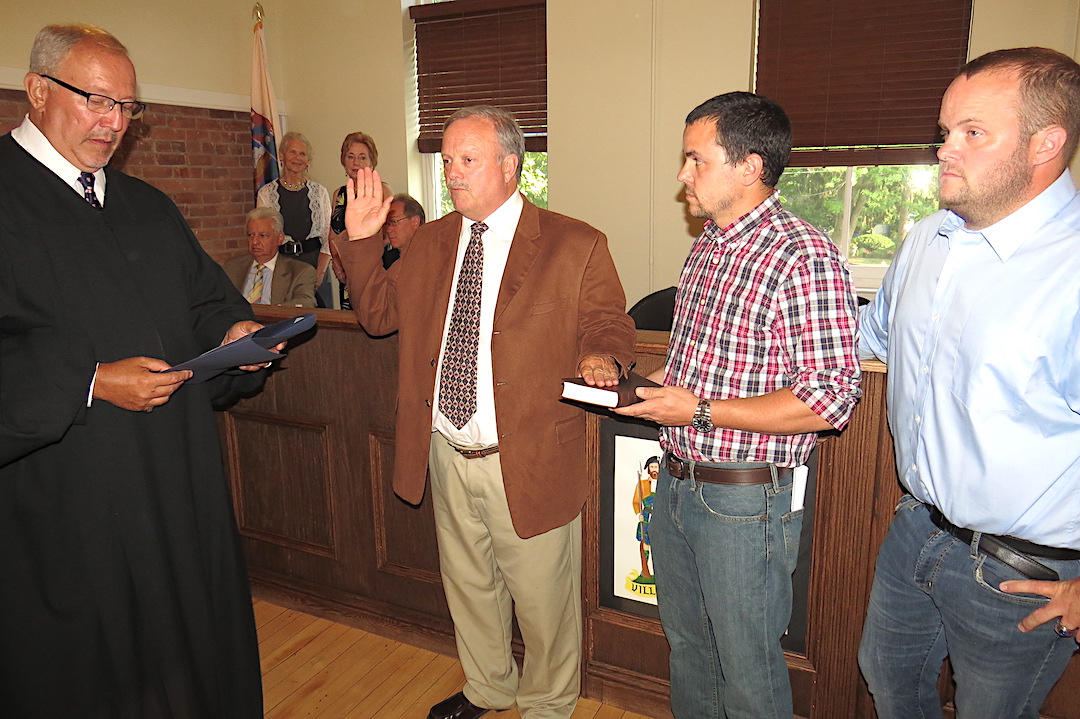 Trustee Vic Eydt is sworn into office. Gee does the honors as Eydt's sons, Kyle and Vic Jr., look on. 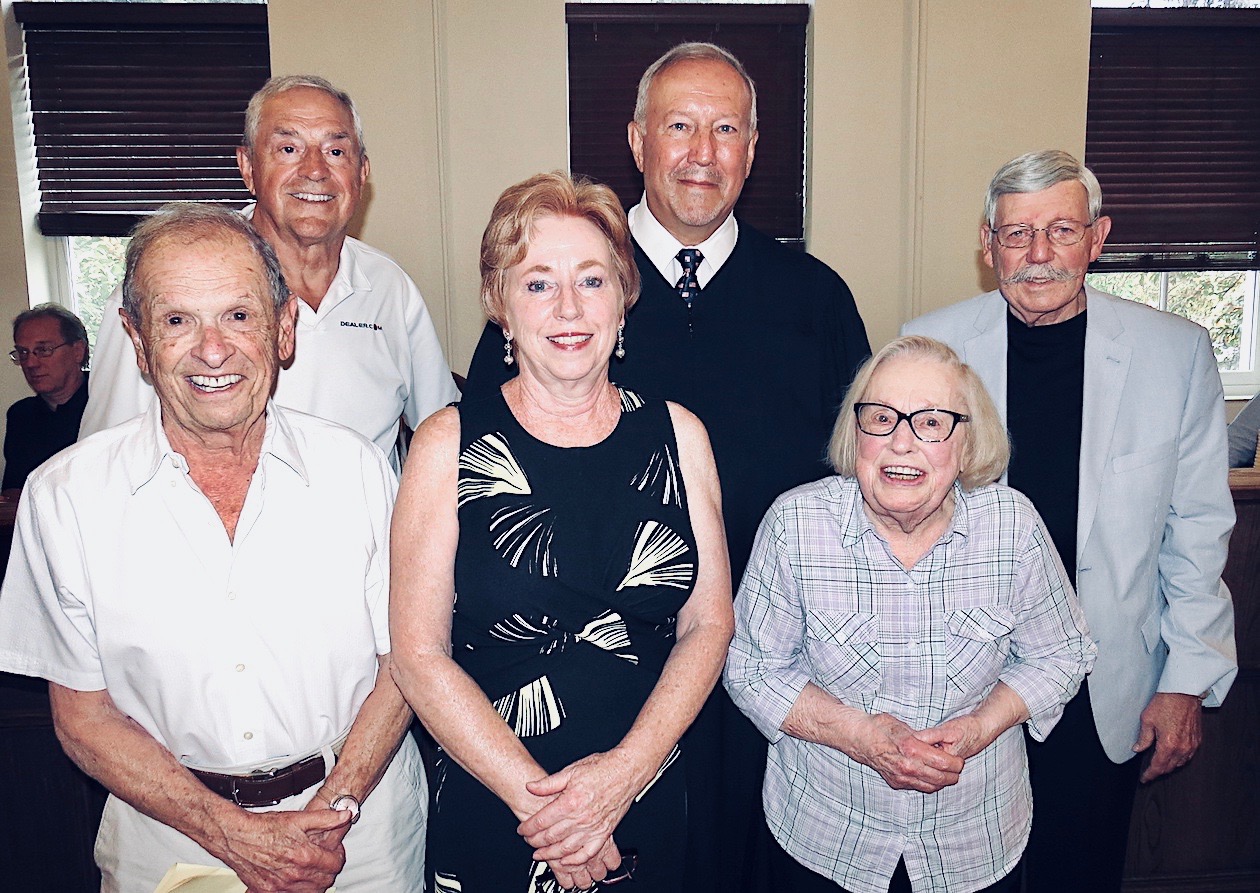 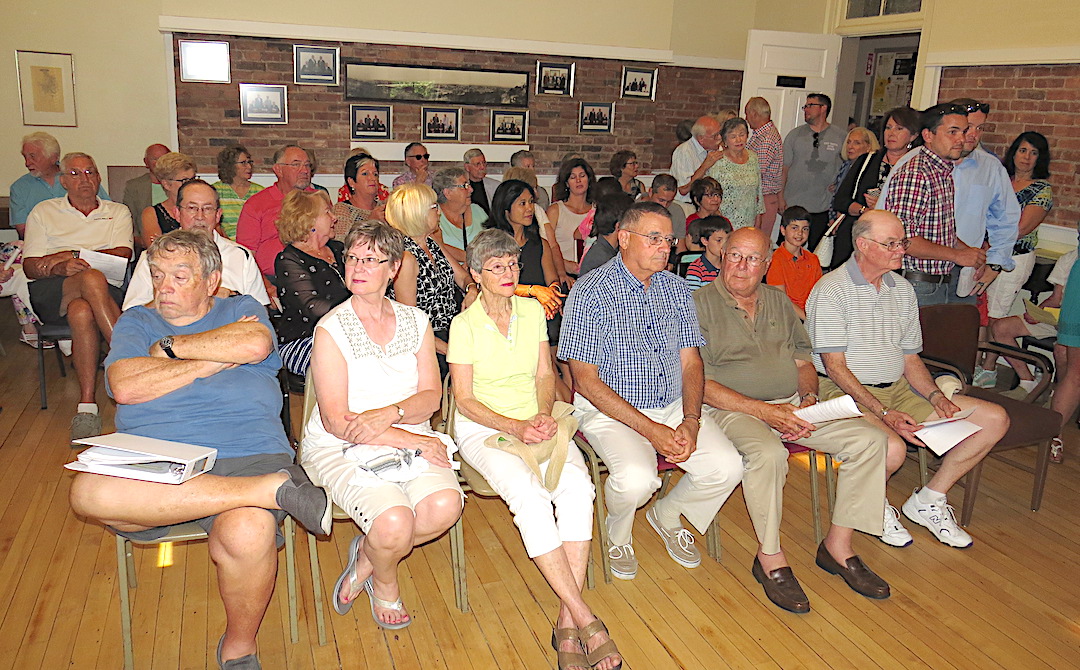