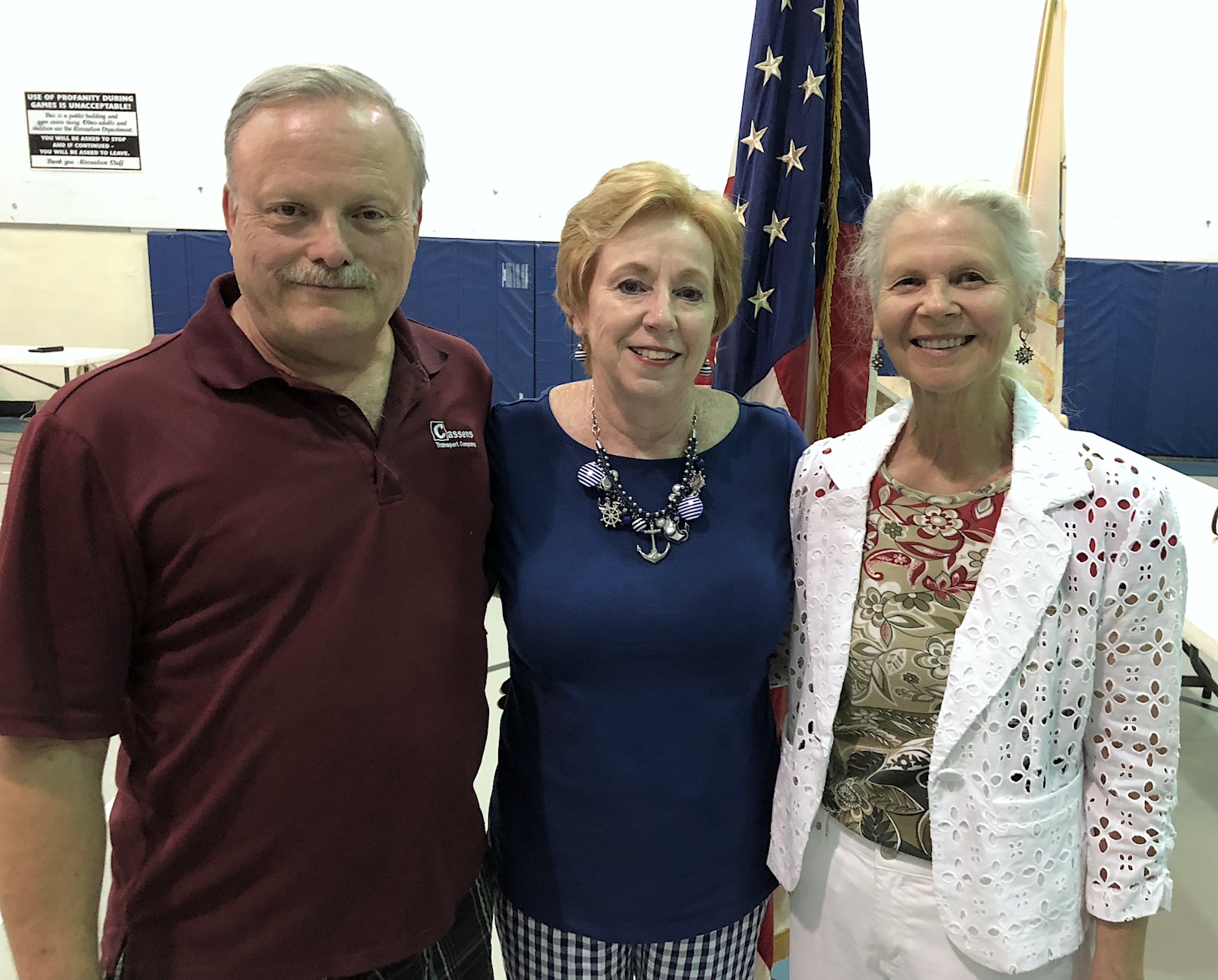 by jmaloni
Tue, Jun 19th 2018 09:55 pm
Tally unofficial pending Niagara County Board of Elections review; village to look over ballots on Wednesday
By Joshua Maloni
Managing Editor
Former Village of Lewiston Clerk/Treasurer Anne Welch was elected mayor on Tuesday, defeating Deputy Mayor Bruce Sutherland by four votes (359-355).
A choked-up Welch said, "This has been an amazing experience and I'm looking forward to serving as your mayor. I'm ready to get to work.
"I want to thank everyone who supported me, and especially my family and friends and campaign committee. Claudia (Marasco) and I had a great time going door to door and speaking to the residents.
"I want to thank Bruce for running a clean campaign and also for his service."
With such a razor-thin margin of victory, current Clerk/Treasurer Amy Salada said she would confer with the Niagara County Board of Elections on Wednesday to ensure all votes were properly cast. With the vote total including absentee ballots, it would take an invalidation of four or more Welch ballots to change the outcome.
Salada said a recount would have to be requested. It's unclear if that would happen, as both Welch and Sutherland are Republican.
She ran on the Democrat line after losing to Sutherland in the April GOP caucus.
Incumbent Republican Trustee Vic Eydt (422 votes) was re-elected. He will be joined by newcomer Marasco, a Democrat, who was the night's top vote-getter (490). Another first-time trustee candidate, Tina Coppins, a Democrat, finished with 381 votes.
Forty-five absentee ballots were cast and included in the vote total.
Marasco serves on the Planning Commission and regularly attends other municipal meetings.
She said, "It feels great to be on the Village Board. It's been a long time coming for me.
"The first person to ever ask me to run for the Village Board was Ken Kenney, a trustee that was willing to step down in 2007. He would watch me come to the meetings and he would say to me, 'Claudia, I think you should run for my spot.' And I said, 'Well, I'm really flattered, but are you sure?' He said, 'I'm absolutely sure.'
"And, of course, we know today he's in a nursing home. I just talked with his wife. I said, 'The first thing you say is "Kenny, Claudia won - and she won for you today." ' "
It's been six years since a woman served on the Village Board (Therese Mudd, 2008-12).
"I win for all of those girls that are coming generations behind," Marasco said. "They have a voice, and they are leaders, and they are valuable, capable, and they count."
Marilyn Toohey was the last woman mayor in the Village of Lewiston. She served from 1977-94, and was followed by Richard Soluri (1994-2010), Bill Geiben (2010) and Terry Collesano (2010-18).
Welch served under all four mayors.
Though she retired from village hall in 2014, she returned to serve the as vice chairwoman of the Planning Commission the next year.
"I always kind of had it in the back of my mind," Welch said of running for mayor. "I love the village, and I just wanted to get back involved again and make some changes, do some things, make a difference."
One of the major issues Welch championed when running for office was finding a private investor for the Frontier House.
On Monday, the current Village Board voted unanimously to enter into a purchase agreement to acquire the property from Hastings Lewiston.
That agreement can be cancelled following the Village Board's 120-day due diligence period.
Welch said, "I will sit down with several people and find out what is going on - the attorney, the engineer, the board members, the mayor."
Speaking of the Frontier House, Marasco said, "I think the position that I take would be, as you well know, I will search and look for both sides of a story. And I will take that information, and I'll take the facts, and I will sort all of that out and sift through it until it makes really good sense for me, and for the village that I represent."
"It is about the village people and what they want," Marasco added. "We know we have several steps to go through. This is just the beginning of the process."
Eydt, the elder statesman with two trustee terms already completed, said the period prior to the election was tough. He said he and others have worked closely with both Welch and Sutherland.
"That was the hardest part," Eydt said.
"I'm glad I won," he added. "I think we're going to have a good team. I've always thought that Anne could do a great job. And I think Claudia is going to be good for the team.
"Now we're just going to have to reorganize and figure out what we're going to do, as far as all the projects that are going on."
Collesano, a two-term mayor, is retiring on June 30.
"I do wish Terry Collesano the best," Welch said. "He deserves his retirement.
"I'm just going to try to do my best."
A total of 721 voters cast a ballot, which tops the previous mayoral election (2014) by more than 125.
Each elected office carries a four-year term.
A reorganizational meeting and swearing-in ceremony will take place in July.