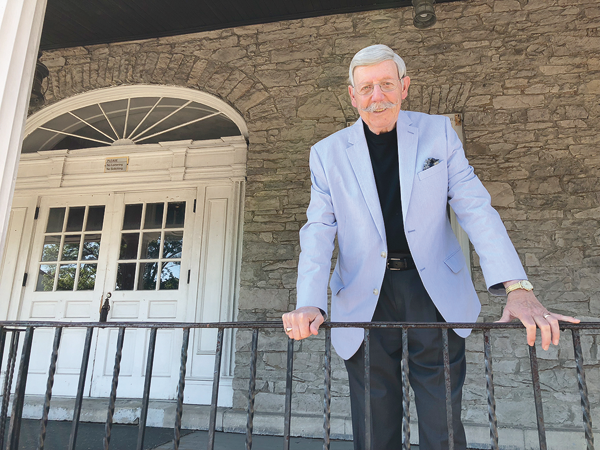 Village of Lewiston Mayor Terry Collesano stands on the Frontier House porch. He said saving the building was his top priority before he retires from office this summer.