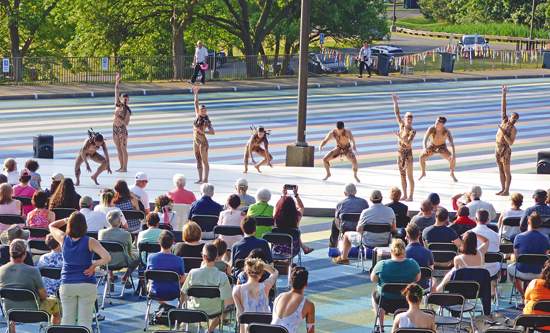 Shown are scenes from last year's Summer Solstice Celebration at Artpark. This is a performance by Lehrer Dance. (File photos)

by jmaloni
Sat, Jun 9th 2018 07:00 am
Event returns June 16
By Joshua Maloni
Managing Editor
Wouldn't it be great if your child's T-ball league also offered 4-D performance art, poetry, a beer and wine garden, and a performer from "America's Got Talent" on game nights?
Of course, it doesn't. And, in fact, you parents know that most of your child's summer activities are just that: for your child.
But you deserve to have a little fun, too, right?
That's the thought at Artpark, where a team of top creative types is fine-tuning next Saturday's Summer Solstice Celebration. This event, unlike much of what will be offered elsewhere over the next few weeks, is genuinely for children and adults alike.
The day begins at noon with the eighth annual Fairy House Festival, which showcases tiny living quarters for fairies and their ilk. Houses will be judged and prizes awarded at 4 p.m.
Starting at 2 p.m., festivalgoers can enter an immersive world of living fairies, dance, a live painting, poetry, craft and potion-making.
At the same time, an assortment of food vendors will be serving lunch and dinner fare. Parents can take a break from the summer sun and visit the beer garden and wine bar.
Then, from 4-7 p.m., Bloomsday Buffalo will celebrate all things James Joyce. Scheduled activities include readings from "Ulysses," sing-a-longs and performances by Mary Ramsey of 10,000 Maniacs, Kindred, Tom Callahan and Kelly Meg Brennan.
Finally, at 7 p.m., the Summer Solstice Celebration will feature a performance from "AGT" performer William Close and the Earth Harp Collective. The performer and his 24-36-string Earth Harp - which soars high above the audience - were featured at last year's "Big Bang."
Close will pair with groups of professional and student dancers for a grand celebratory production on the Gene Davis-inspired "Niagara 1979" ("Painted Parking Lot"), which debuted last summer. 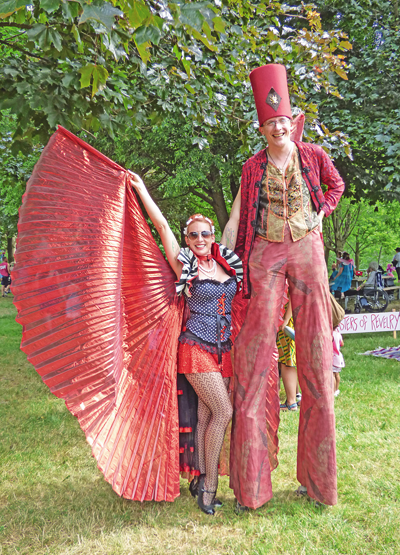 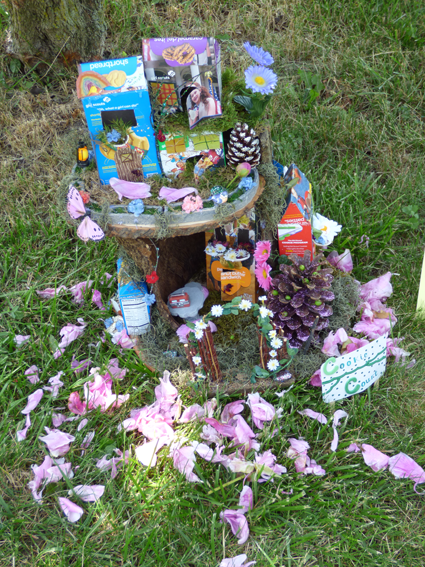 Actress, director and Niagara County Community College Theatre Arts Program Coordinator Kate LoConti is co-curating this year's Summer Solstice Celebration in partnership with professional choreographer and Lehrer Dance founder Jon Lehrer. The two are working alongside Torn Space Theater costume and set designer Jessica Wegrzyn.
LoConti said she is in charge of "gathering a group of actors to be living sculptures in beautiful, visually designed costumes."
She explained, "We have a group of actors who will be performing as wood nymphs and fairies in these beautiful costumes. I have also hired a poet to come in. He came last year. His name's Justin Karcher, and he will write for this year material to perform for the Summer Solstice festival.
"I'm responsible for bringing in a visual artist, because it's very important for us to have not just performing arts, but visual arts, as well, as it's Artpark. The visual artist is Zahra Lahrache. She will come in and do a live painting that will happen throughout the course of the festival."
Lehrer said, "I am focused also on the movement and dance aspect of this day and evening. And so, for the daytime, I was tasked with finding dancers from the area, professional dancers, to act as woodland nymphs. They will be roaming the grounds in full character, and they won't be speaking, but they'll just be moving like creatures of the woods and interacting with all the patrons of all ages. We had them last year, a group of them, and they went over very well. We were very happy with that."
The Summer Solstice Celebration grew out of the original Fairy House Festival. In recent years, the event has gained critical and mass approval for its creativity, artistic elements and children's programming.
Of course, the challenge, then, is taking something that has been successful, maintaining the look and feel of it, but also making it new and unique.
The co-directors are looking forward to the task.
LoConti said, "We were brought in for the first time last year, but we had a huge advantage, because the Fairy House Festival was already in its seventh year. And so that was always like a noon to 4 festival where folks would build fairy houses and then bring them in, and there was a contest with kids. That was crafts and music. It was wonderful. That was already happening. So, we were gifted with a very beautiful foundation that we tried to be so respectful of, and use everything that was there, and then just keep it going.
"I feel like it helped having that very strong foundation that was already there. We still have the Fairy House Festival as part of the Summer Solstice festival, and we would never want that to not be the case.
"I think that, for me, one of the challenges is just understanding how we can use what worked the year before, and change what didn't, and hope for the best." 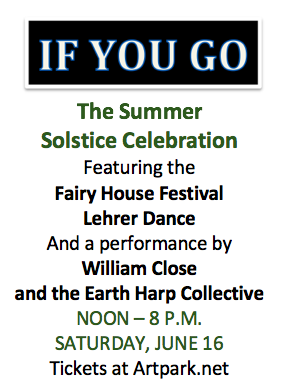 Another challenge, of course, is, in fact, making the Summer Solstice Celebration more appealing to adults.
LoConti said, "We can pretty much count on the Fairy House Festival folks and the kids being there from 12 to 4. From 4 to about 6:30 is going to be this amazing mosaic of visual and performing pieces - feasts for the eyes and ears and senses. We have culinary arts and music and poetry and visual arts. That will all happen - and many more things will happen - throughout the day."
After 4 p.m., "We will have folks move to the 'Painted Parking Lot' for Will Close and for the dance concert," she added.
Lehrer noted, "How it's set up is we're very aware of the scheduling of things - how the time works - so that people can come in and go. And whenever you come in to it, you're going to see something new and different, and there is always things going on."
LoConti said, "I don't know too many other festivals in Western New York that really offer the breadth and depth of visual and performing arts that this festival does."
"It's really a great combination of the ability just to immerse yourself in this world that is being created by all of us, and walk around and just kind of silently enjoy - or to actually get involved, whether it's sitting down and watching something, or dressing up, or doing arts and crafts in any way," Lehrer said. "And I agree with Kate that there's really nothing else like that where you just have the freedom to do all that. And it's all laid out there for you."
More than anything else, the directors said they hope festivalgoers will leave feeling content.
"I really, truly hope that our guests come with an open heart and a sense of play and willing involvement, and experience things throughout the day - maybe one thing that they weren't expecting or planning, taking part in, and then leaving feeling that they had a really beautiful connection with art and nature and the fellow revelers who are excited to be outside and having a great time with the festival," LoConti said.
Lehrer added, "I want to see people experience Artpark like they have never before, and understand that that's exactly what this place is for - is to have these things where people can come to, and it be equal entertaining, equal immersive, equal just beauty of the landscape; and the idea that, in the community, they can go to Artpark and experience all these things together, and really interact with fellow community members, and meet people they've never met before. See things they never saw before. And just really build that community."
For more information on the Summer Solstice Celebration, tickets, times, vendors or a Fairy House Festival starter kit, visit www.artpark.net or call 716-754-9000, ext. 141. 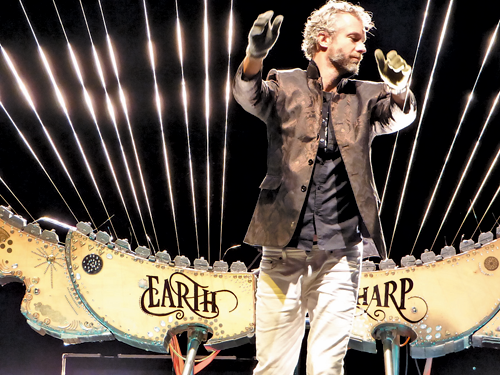 William Close and the base of his Earth Harp.