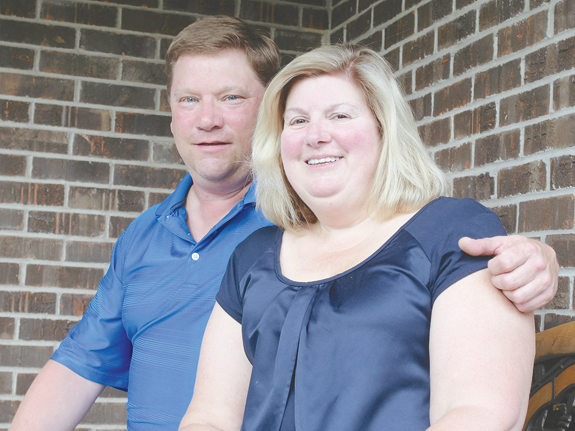 Maureen Tyson, pictured with her husband, Mark, said she is looking forward to the Grand Island Relay For Life. "Relay is supporting our survivors. But yet, we honor and memorialize the ones who have passed and the ones who are fighting now. I feel that I am there to represent everybody. I just want people to be happy. I mean, yes, we are fighting cancer, but we can still live a good life." (Photo by Alice E. Gerard)