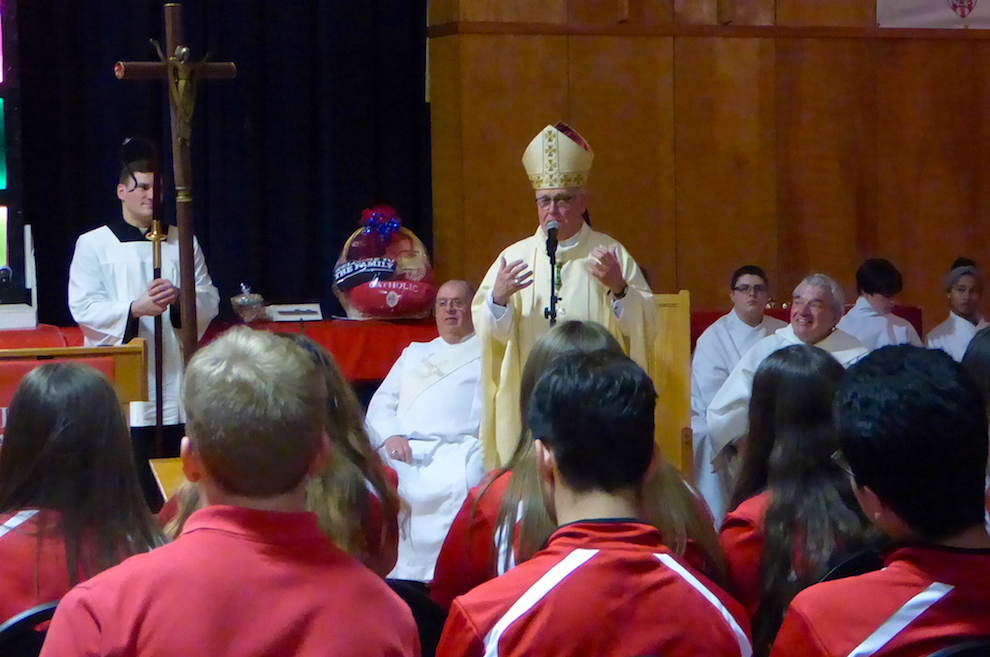 by jmaloni
Mon, Apr 16th 2018 05:30 pm
Niagara Catholic High School marked 90 years on Monday with a Mass celebrated by the Most Rev. Richard J. Malone. The 66th Street School was formed out of a 1975 union between Bishop Duffy and St. Mary's/Madonna high schools.
Bishop Malone spoke of Easter and salvation in Jesus. He told students he enjoys celebrating Mass at local schools - he began his career in education - as it is a welcome break from office paperwork. Malone encouraged the youth in grades seven through 12 to embrace what it is that makes NC different from other schools.
He was joined by more than a half-dozen priests, including the Rev. Bob Hughson, who has taught and served as an administrator at NC; the Rev. Joseph Levesque, president emeritus of Niagara University; and the Rev. Monsignor David LiPuma of St. Peter and St. Bernard R.C. churches. The Niagara Catholic Chorus offered a series of musical selections, while a dance troupe offered a special presentation set to Josh Groban's "You Raise Me Up."
Malone was presented with a collection of gift items from NC students and President/Principal Dr. Robert Cluckey.
Find more about Niagara Catholic at www.niagaracatholic.org.
PHOTOS: 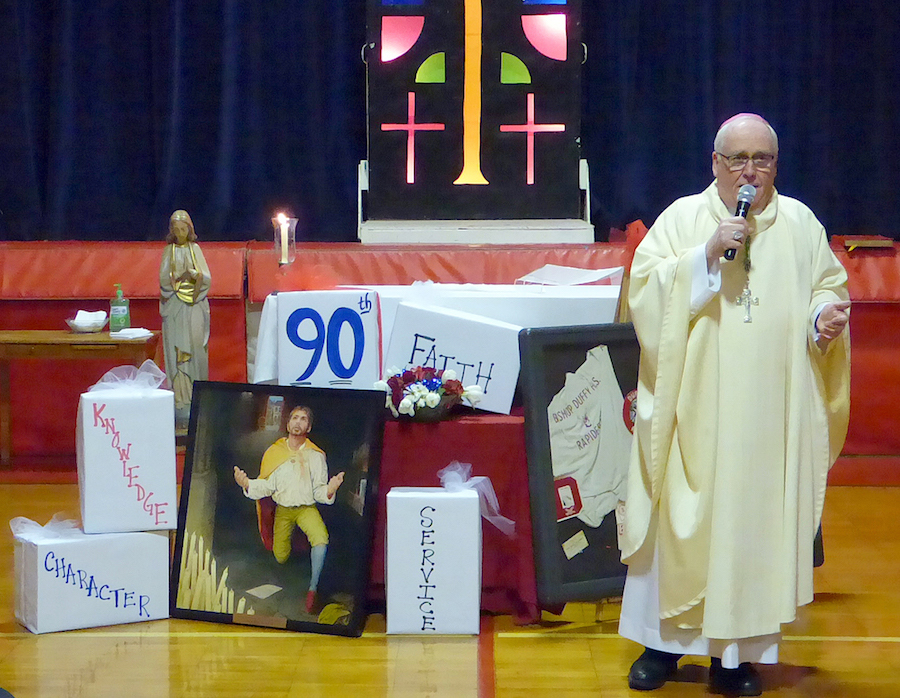 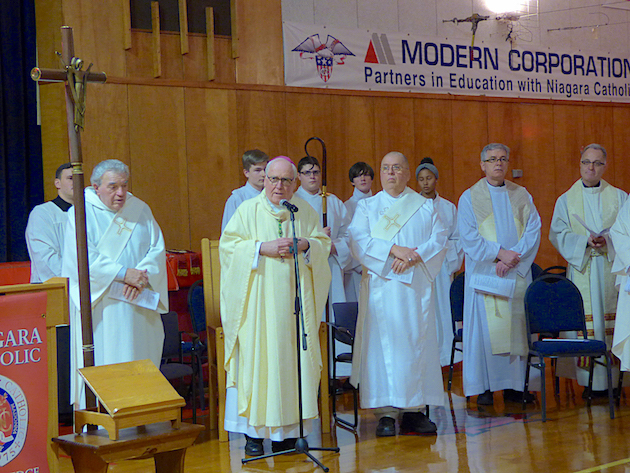 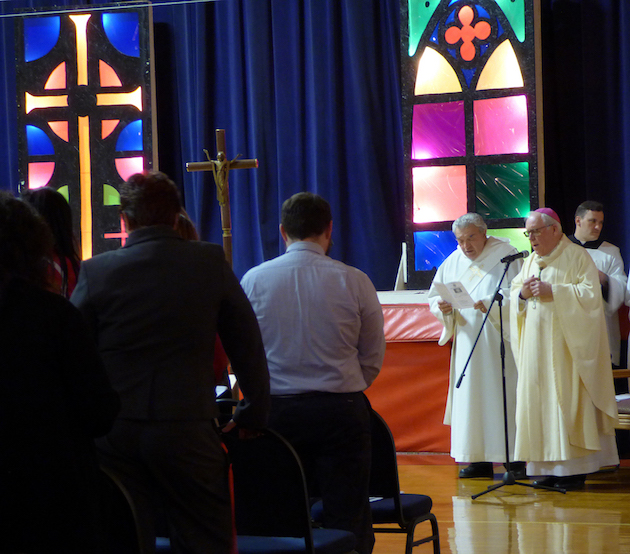 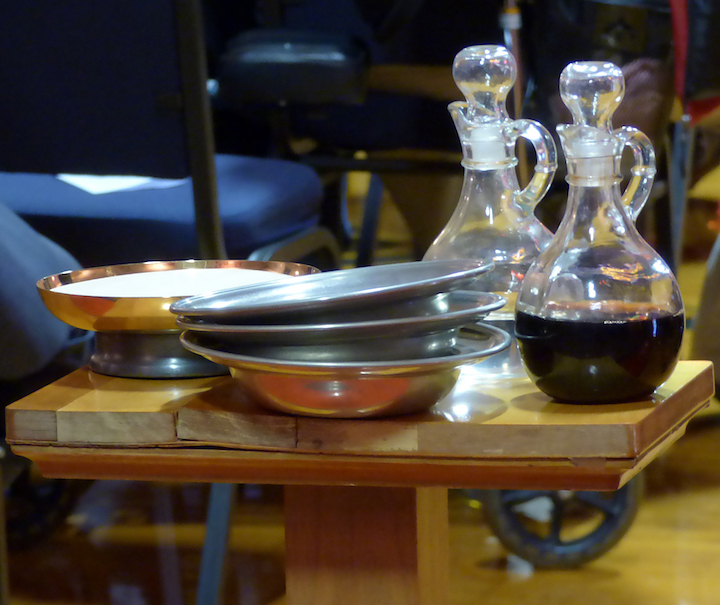 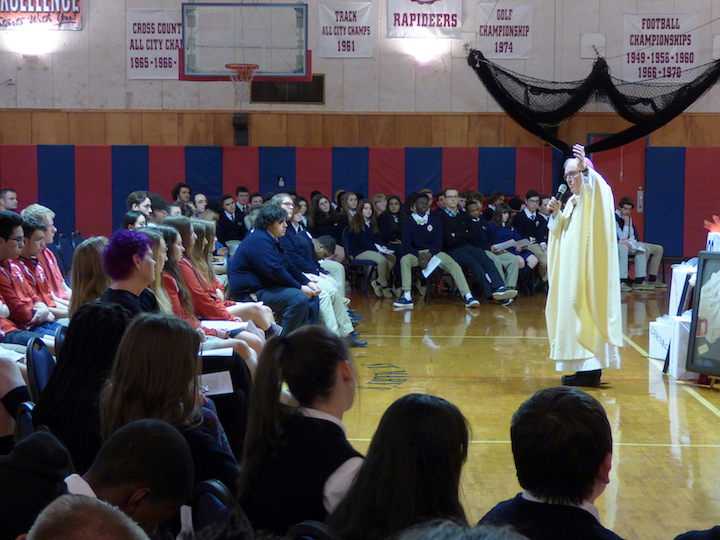 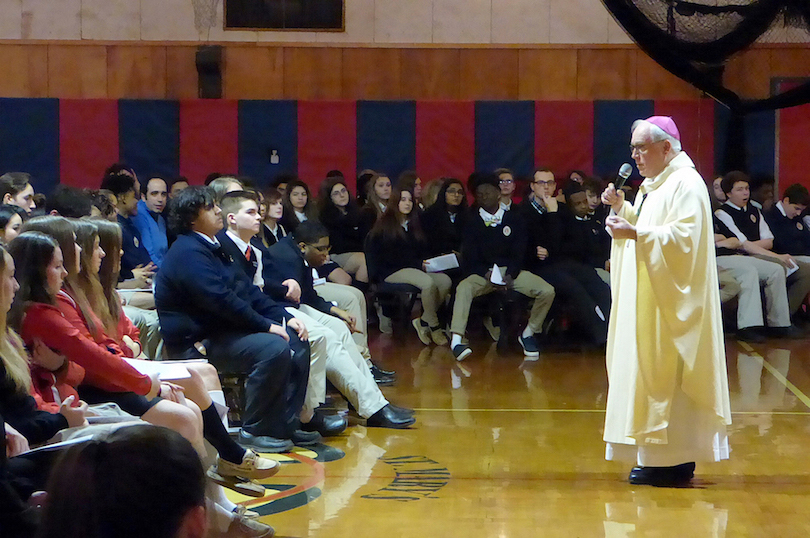 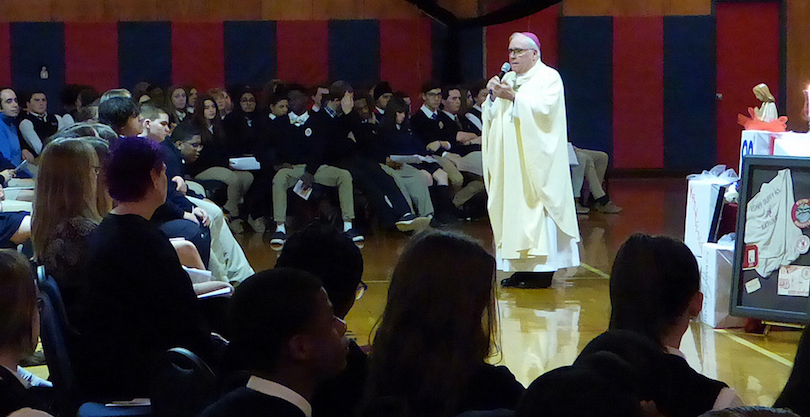 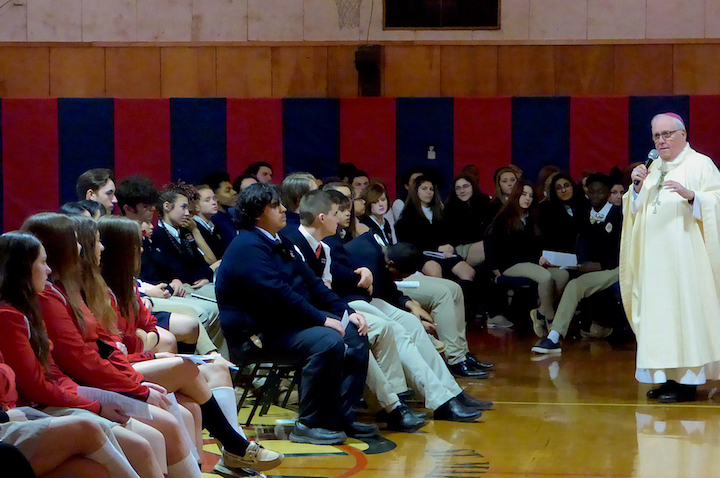 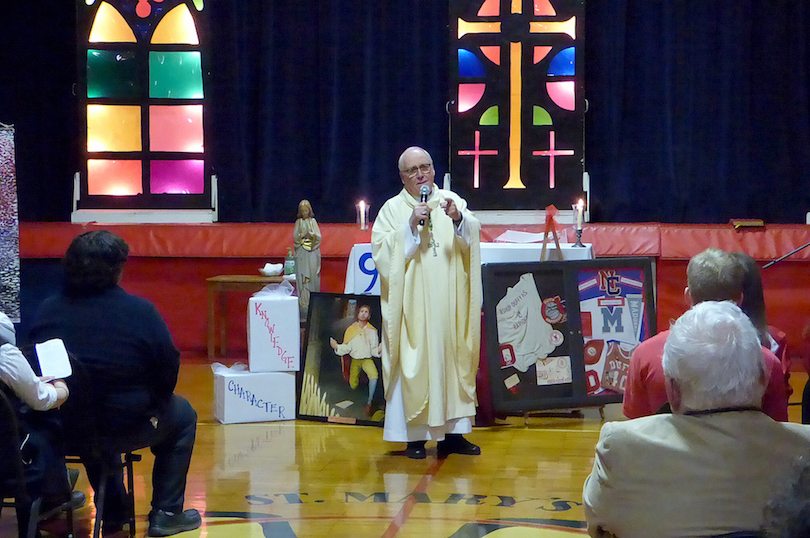 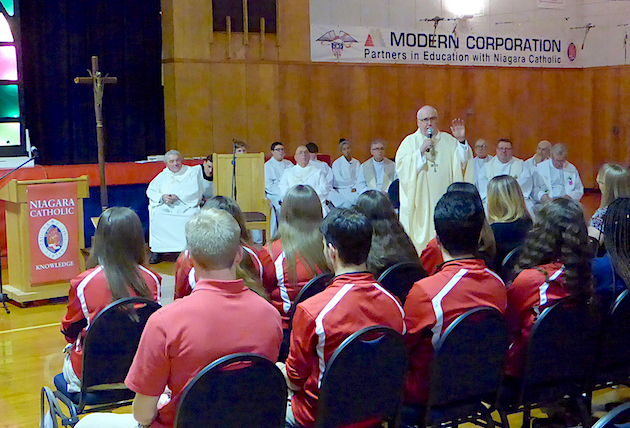 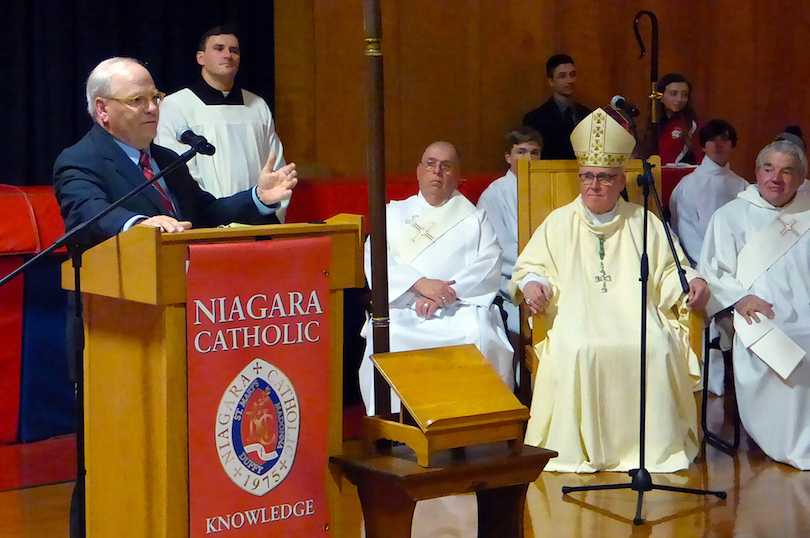 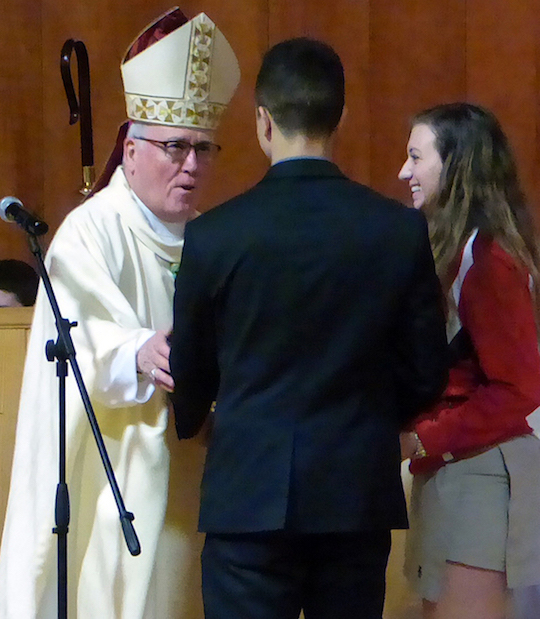 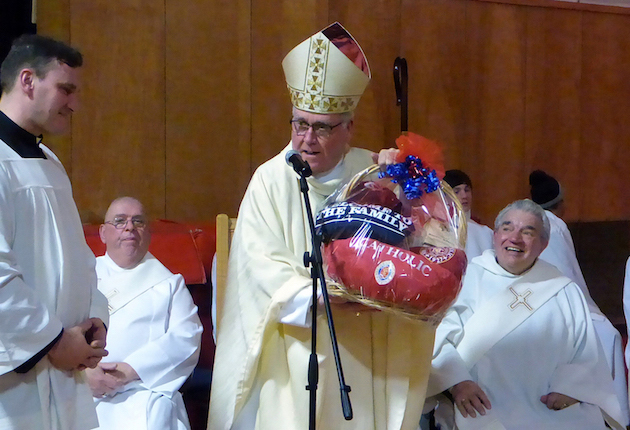 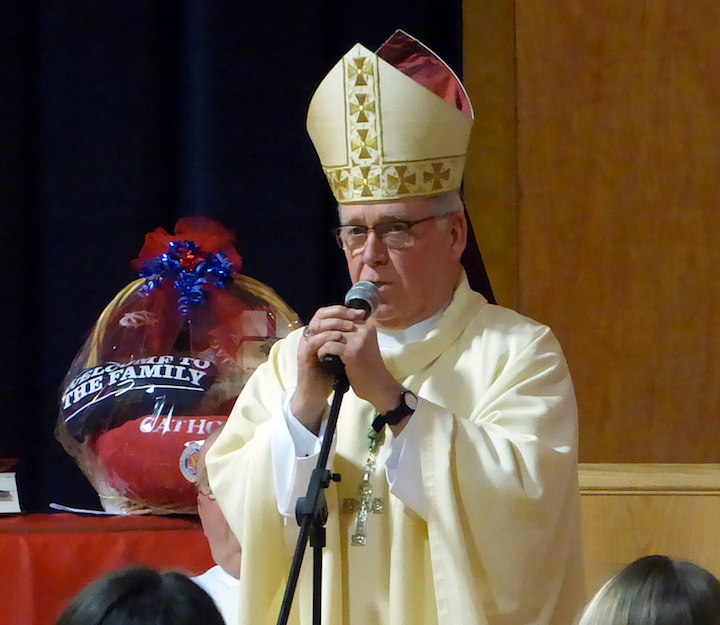 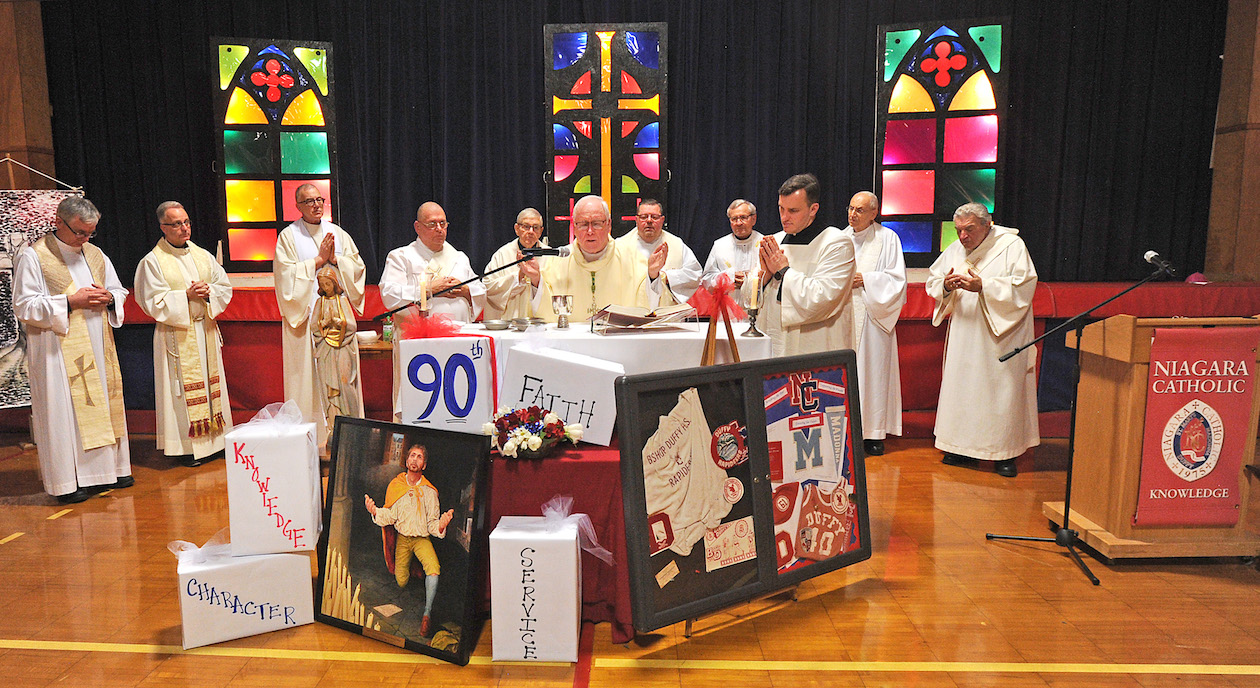