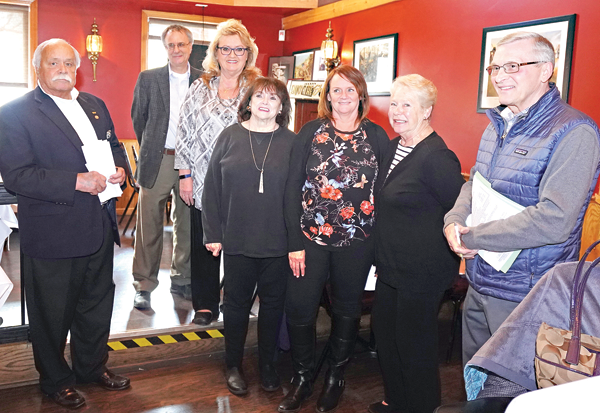 Sat, Apr 14th 2018 07:00 am
By Terry Duffy
Editor-in-Chief
Tuesday evening at the Mug and Musket was full of news of interest for northern Niagara, as the Youngstown Business and Professional Association held its annual membership meeting.
Though Village of Youngstown was beset with news of late of two significant closings and vacant storefronts found on its Main Street, there were many positives heard throughout the evening.
Among the newsmakers:
•Leading off, YBPA officers for 2018 were installed by First District County Legislator Clyde Burmaster. Included were Cheryl Butera, president; Steve Zastrow, secretary; Dotty Riordan, Quain Weber and Stephanie Cattarin, board members; and Mark Butera, secretary.
•A new ice cream stand for Youngstown.
"We have ice cream back in the village," Mark Butera proclaimed, as he announced the opening of the new Mangia Cakes Ice Cream and Bakery. Operated by Rebecca Poletti of the Youngstown Galley at 400 Main, the new ice cream stand opened last weekend on the Lockport Street side of the restaurant. It features a variety of Perry's ice cream flavors.
•A fund drive for a Village of Youngstown/Town of Porter senior van. Following a recent $15,000 check donation by the Town of Porter to the Village of Youngstown toward van operations, St. John's Episcopal Church officials announced a new campaign is now taking shape to raise funds for a replacement vehicle.
"In response to the Sentinel article that the village needs a new senior van, we started a fund drive," St. John's Episcopal member Shawn D'Luhy said. "We hope to raise money to buy a van, but, if not, we will donate whatever is raised to the village towards the van."
D'Luhy said a new senior van is badly needed, as the current vehicle - with close to 200,000 miles on it - has been used extensively in past years. The van has provided 2,783 rides to seniors over the past 12 months alone.
Porter Deputy Supervisor Jeff Baker said the town has been looking into a van replacement with Ki-Po Chevrolet in Ransomville, and progress is being made on acquiring a new vehicle. Burmaster noted county assistance on the project is also a possibility.
"Obviously, anything anybody can do towards this is going to be a big help," Baker said.
D'Luhy said a Go Fund Me page is now being set up for the effort. For more on the Youngstown Porter senior van fund drive, visit its page on Facebook.
•A successful St. Patrick's Day in the village. The seventh annual O'Riordan St. Patrick's Day Parade, presented by the village and YBPA, and the fourth annual Youngstown Lions Cash Bash, both held Saturday, March 17, were rated as major successes by their organizers.
"It was the best yet. People were everywhere in the village, " Cheryl Butera said.
Best float awards went to the Youngstown Free Library and to KeyBank. The Lions Cash Bash, which followed at the Red Brick, was likewise well attended.
Butera went on to offer YBPA's appreciation to the Youngstown Police and Youngstown Volunteer Fire Co., with shout-outs to Parade Grand Marshall Michael Riordan, and to the Niagara Falls Chapter of the Ancient Order of Hibernians for its donation.
"I would really like to thank all for supporting our main fundraiser, the Cash Bash," Youngstown Lion Dick Allen said. "This is the fourth one, the most successful. The Cash Bash allows the Youngstown Lions to do a number of projects."
That includes two scholarships awarded to graduating seniors by the Lions; the village summer concert series, a recent Easter egg hunt at Fort Niagara and plans to improve Lions Park in the Parkside neighborhood of the village.
"We're moving ahead with Lions Park," Allen told the crowd.
He said the village recently approved a new pathway, and six, new, 10-foot trees will be planted with benches installed, hopefully by the end of the summer.
•Plans for the Beginning of Summer Street Dance and Car Show, scheduled for 6-10 p.m. Thursday, June 21. Butera said such annual favorites as the Carl Motyka Band, the antique car show, Lakeside Quarter Horses, children's bounce houses, beach balls, clowns, the Youngstown Lions popcorn and more will all return.
Registration for this year's event is now underway. For more information, contact Catherine Stella of the Mug and Musket, who serves as this year's event vendor and food coordinator, at 745-9938.
•Plans for the Youngstown Labor Day Parade. Coinciding with the Youngstown Fire Co.'s announcement last week of a new Independence Day Festival and Firefighter's Seafood Boil Dinner (see related at www.wnypapers.com) came news of the village's intent to return a YVFC favorite: the Labor Day Parade.
Mayor Raleigh Reynolds, a YVFC member, along with volunteer organizer Garda O'Keefe, announced the popular community parade would return at noon, Monday, Sept. 3, on Main Street.
The parade will be limited to an hour's length, but Reynolds, nonetheless, invited area residents to come and be part of the event. He suggested village businesses will welcome all to enjoy a day in the village.
"We're going to have a lot of people, families here for the parade. Once the parade is over, we'd like to keep them here," he said.
"Save the day for Youngstown," O'Keefe said. "We're not trying to compete with Lewiston ... but we would love to have more entries that are interesting, and all things Youngstown."
She noted the past involvement of the Youngstown Garden Club, iron workers, area farmers, etc. "We would love to see you bring that creativity, from the St. Patrick's Day Parade, and put it into something for Youngstown, as well," O'Keefe said.
For more on the parade, contact the village at 745-7721. 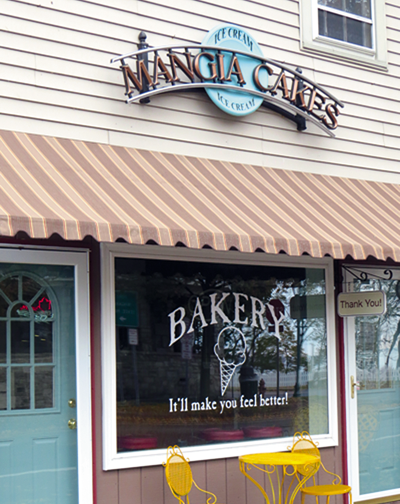