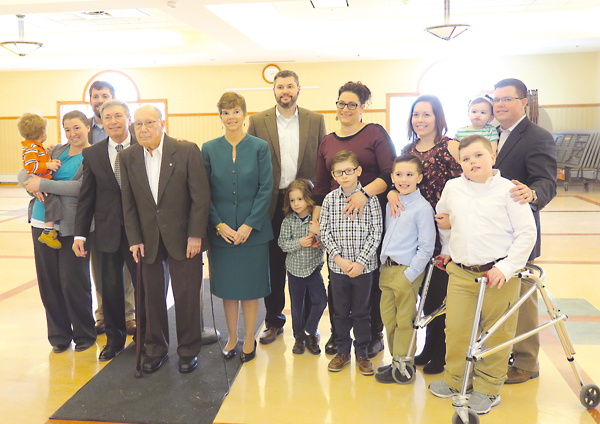 Pictured are Heim and his family following the swearing-in ceremony.

Fri, Mar 30th 2018 03:25 pm
New justice fills vacant seat last held by late John Mattio
By David Yarger
Tribune Editor
On Sunday afternoon, the Town of Wheatfield held a luncheon at the town's Community Center to swear in David Heim as the new town justice. The town also recognized Matthew Mosher who was sworn in last Tuesday and replaced Heim as the town prosecutor.
Heim thanked the Town Board for the interview process and choosing him for the position. He also thanked his family and looked forward to the position.
"I'm gonna do a good job for you," Heim said.
The audience also heard from one of Heim's younger grandsons, Ryan, who said, "He's gonna have a great career and we love him. Congratulations on your new position."
Wheatfield Town Supervisor Don MacSwan also put in good words for Heim and Mosher.
"I've known David for years and I know what a fine deputy he was, but Matt and David ... made it very easy for us because they stuck out as two qualified, genuine people. We knew right away we wanted them for the town justice position and town prosecutor. It was an honor for me to interview the two of you and I welcome you to the Town of Wheatfield and I look so forward to working with all of them," MacSwan said.
Following the ceremony, attendees were able to enjoy lunch, socialize and take pictures amongst each other. 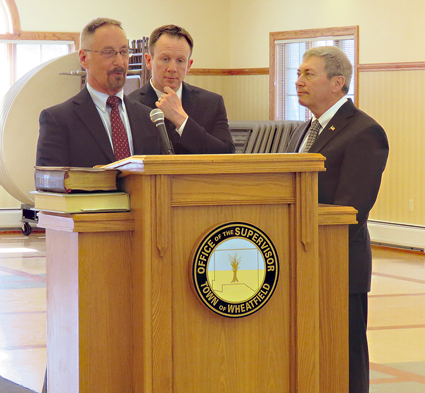 MacSwan, left, says a few words at the podium alongside Mosher and Heim. 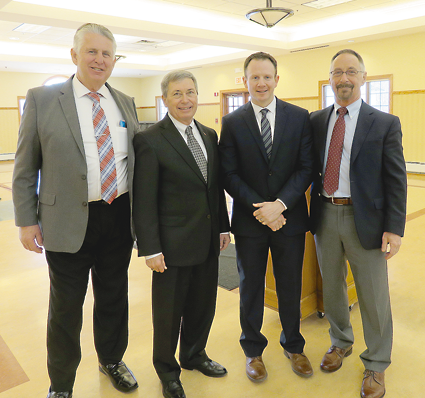