Fri, Mar 30th 2018 01:45 pm
By Lauren Garabedian
On March 22, the Rose Bente Lee Ostapenko Center for Race, Equality, and Mission hosted the Youth, Race, and Equality Conference. High school students from all over Western New York came to Niagara University, where the center is located, to participate in the conference. The event consisted of more than 15 workshops that were constructed and led by college students and demonstrated how race and inequality affects a diverse part of people's lives. Most importantly, it demonstrated how the younger generation has the power to make a difference.
The goal for this conference was to address local and national issues of race while encouraging dialogue among youth on equality and mission.
The conference, led by Dr. Rolanda Ward and her interns, invited college and graduate students to lead workshops about the role of race in the world. The workshops represented a wide range of ideas. Topics included "Empowering Your Future" by NU students Courtney Kenney, Laurie Scarpino and Samantha Greaves; "Oppressed or Privileged: What Role do You Play?" by Adriana Csanadi, Emma Simoneaux, Nadeah Jenkins and Ciara Turner; and "Stereotyping in the Criminal Justice System" by Bryce Guerrie and Kristen Nenni. Each workshop was produced by college students, who had free range on the topics, examples and approach they wanted to incorporate.
"I think that this conference was very important to both the high school students attending and the NU students who were facilitating it," said Meghan Lippa, an intern at the Ostapenko Center. "The unity of students was a powerful reminder that young adults have the ability to come together and challenge their beliefs in a civil and peaceful manner." 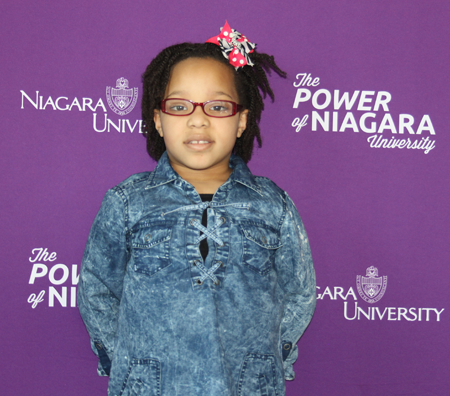 Legend Lewis
The groups of high school students attended three workshops out of the selections that were presented. Each workshop lasted 30 minutes.
"What intrigued me was when kids were involved in the conversation and not being lectured to," said Ostapenko Center intern Courtney Betts. "Learning about sensitive topics and having the opportunity to participate will have a greater impact on the students."
Following the workshops, lunch and entertainment was provided by students.
Legend Lewis, a third-grader, read "Still I Rise," by Maya Angelou, with strength and passion. Meanwhile, NU student Maddison Ruffo read her original poem, "I have a Nightmare," which deals with race and inequality.
Event organizers said the attention each student gave to the leaders and speakers enabled the conference to go better than expected. Head organizer Sara Smyth, who also interns at the Ostapenko Center, said, "I am so pleased with the feedback that we received from the youth and the chaperones. So many of the kids asked us to do it all over again, and they learned so many things they weren't aware of."
Ward said, "The Ostapenko Center for Race, Equality, and Mission will bring young people together next fall, 2018, to being to explore ways high school students can directly impact their own school environments. We encourage schools to reach out to us to learn how they can join us in our mission."
The Rose Bente Lee Ostapenko Center for Race, Equality, and Mission works with faculty and students across colleges to change the thinking on race and inequality in academic settings and local communities. It opened in the fall of 2017 and is named in honor of Rose Bente Lee Ostapenko, a German native who became a successful entrepreneur and philanthropist. The center also celebrates the living memory of St. Justin de Jacobis, a Vincentian priest and a loyal son of St. Vincent de Paul.
For more information on upcoming conferences, or interning with the center, visit its website at https://www.niagara.edu/ostapenko-race-equality-center or email Ward at [email protected]. 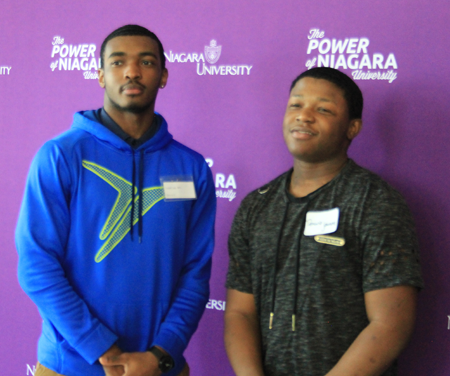