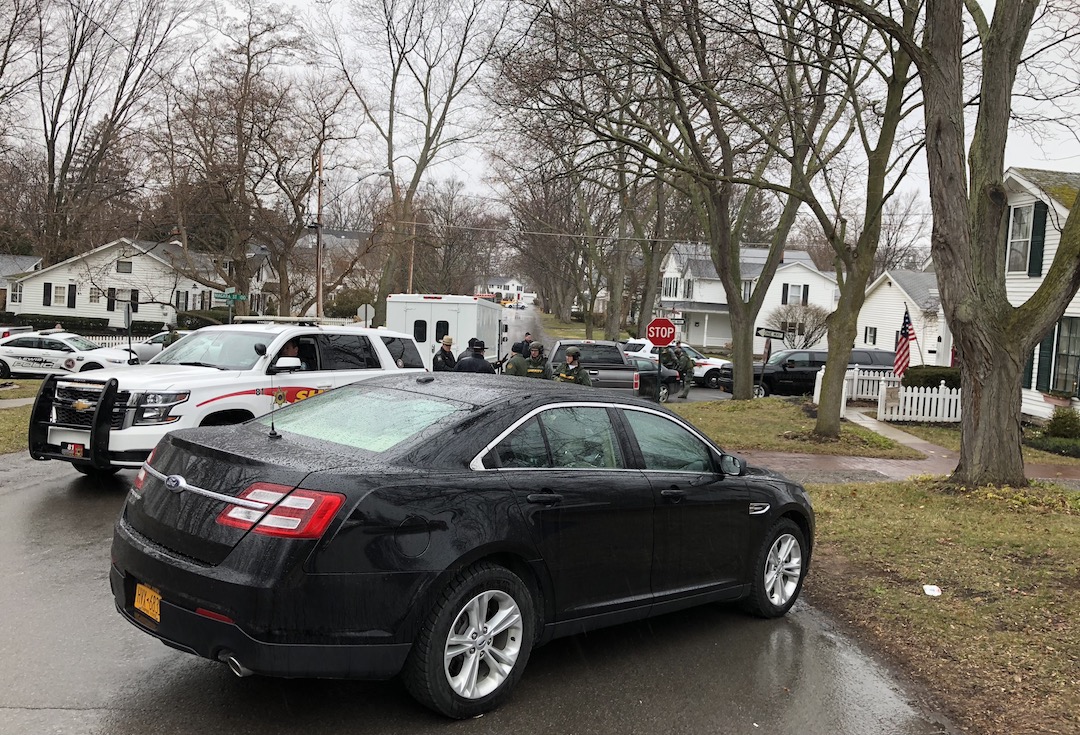 This blocked-off area of Plain Street is where police officers initiated a shelter in place.

by jmaloni
Tue, Mar 27th 2018 12:20 pm
By Joshua Maloni
Managing Editor
One unidentified male suspect is being evaluated at Niagara Falls Memorial Medical Center following a three-hour-plus standoff with the Lewiston Police Department and local first responders.
About 8 a.m. Tuesday, the Village of Lewiston Police Department responded to a check-the-welfare call on Plain Street, between Niagara and South Fourth streets. They soon initiated a shelter in place, telling neighbors to remain in their homes.
The suspect was initially with his parents, but they left the home. He was alone in the house at the time he was apprehended. No weapons were initially discovered.
"Early this morning, we received a call for a check-the-welfare. We had a person that was involved in some sort of domestic," LPD Chief Frank Previte said shortly after 11:30 a.m. "Patrols arrived on the scene here. When we arrived on the scene here, we were informed that there was a 34-year-old male that was inside the house. He was refusing to come out at that time. We tried to make contact with him and were unable to at that point.
"So, during the course of this call, what we did was, working along with the other agencies (officers from the Niagara County Sheriff's Office, New York State Police and Border Patrol), we continued to try to make attempts. We notified and activated certain teams to help us with that. From the State Police, we had a negotiation team that was dispatched. From the Sheriff's Department, we had their emergency response team.
"Ultimately, we were able to get a robot into the house and a phone into the house to have contact. That was negative. It didn't turn up with any positive results. We were unable to make contact at that point, still. So, near the end here, what we did was ... the Sheriff's Department Emergency Response Team ended up making entry into the house.
"We have the male secured now. He's going to be taken for evaluation to Niagara Falls Memorial Hospital."
Previte said the LPD has yet to determine what, if any, charges will be levied against the suspect. The department doesn't know if the suspect harmed his parents.
"Our first priority in this is to get him some help," Previte said. "We're not sure about charges. We'll have to look at what transpired before this. Our main focus up until this point has just been his safety and to secure him safely and get him out of the building."
Previte said the suspect has military experience and may be suffering from post-traumatic stress disorder.
A shelter in place was set on Plain, Niagara and Cayuga streets from Niagara to Fourth streets. The lockdown was initiated because "We were concerned for everybody's safety," Previte said.
"We're confident and feel pretty safe that nobody's safety was at risk at any time during this - the neighbors or the neighboring area," he added.
Previte noted, "With something like this, having one person inside, we didn't believe and have any information that he was a danger to himself or anybody else. (But) our goal in that, again, is everybody's safety, and that's our main concern." 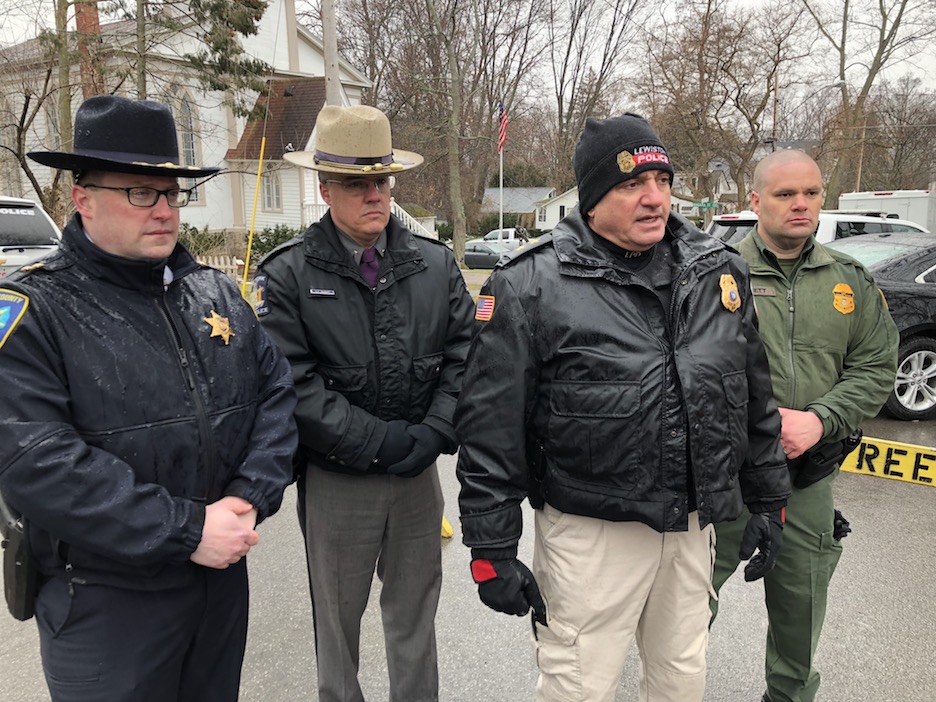 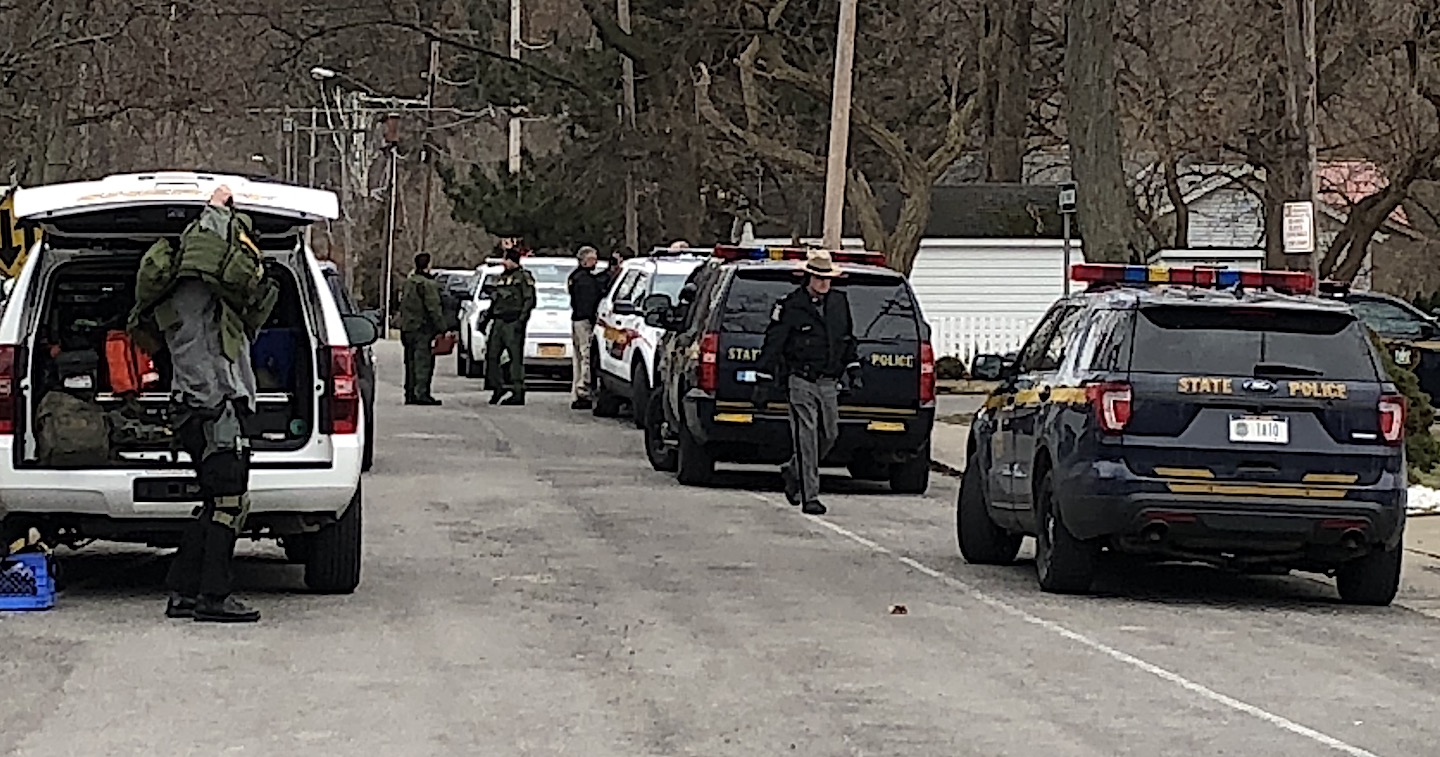 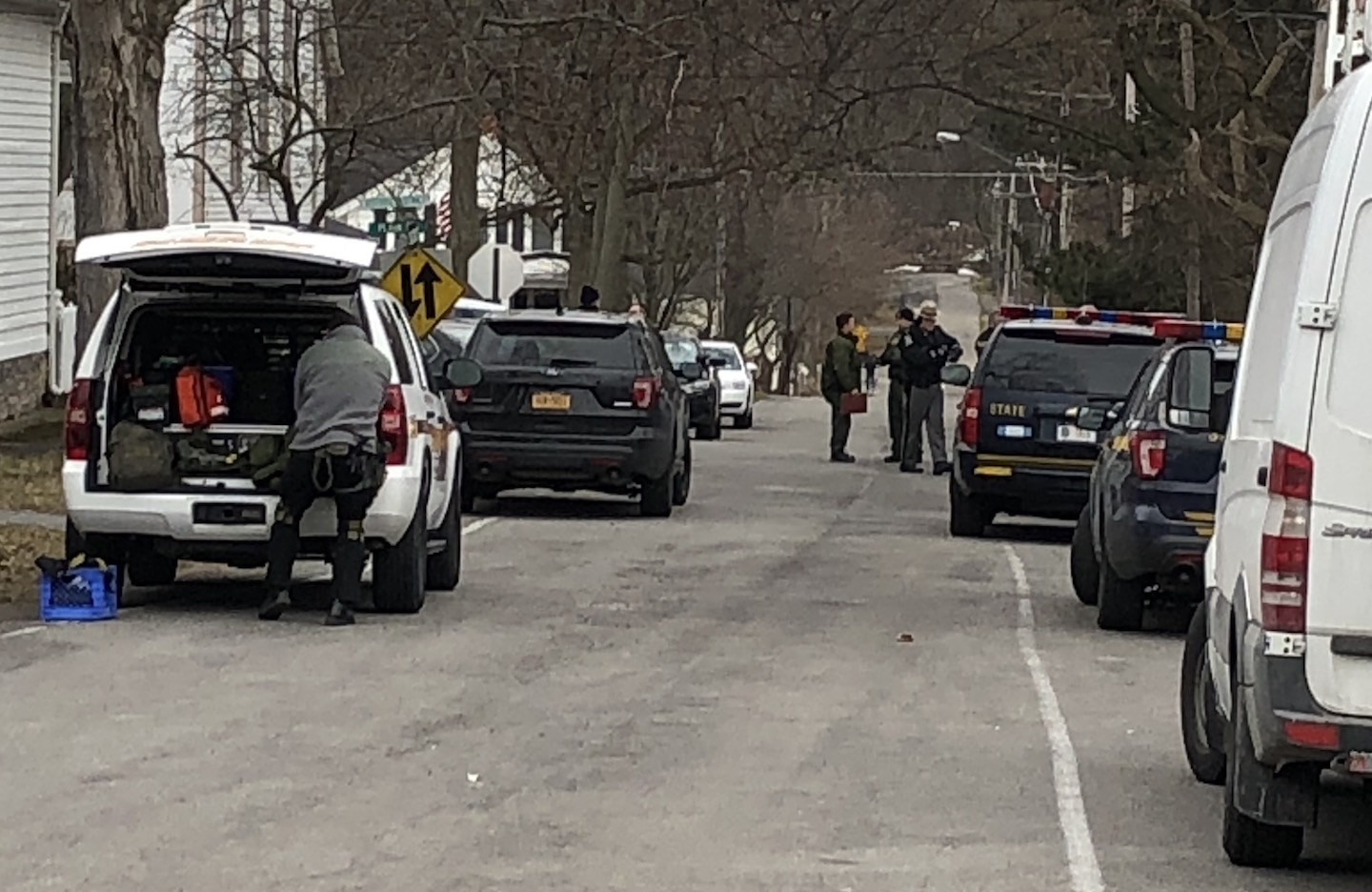 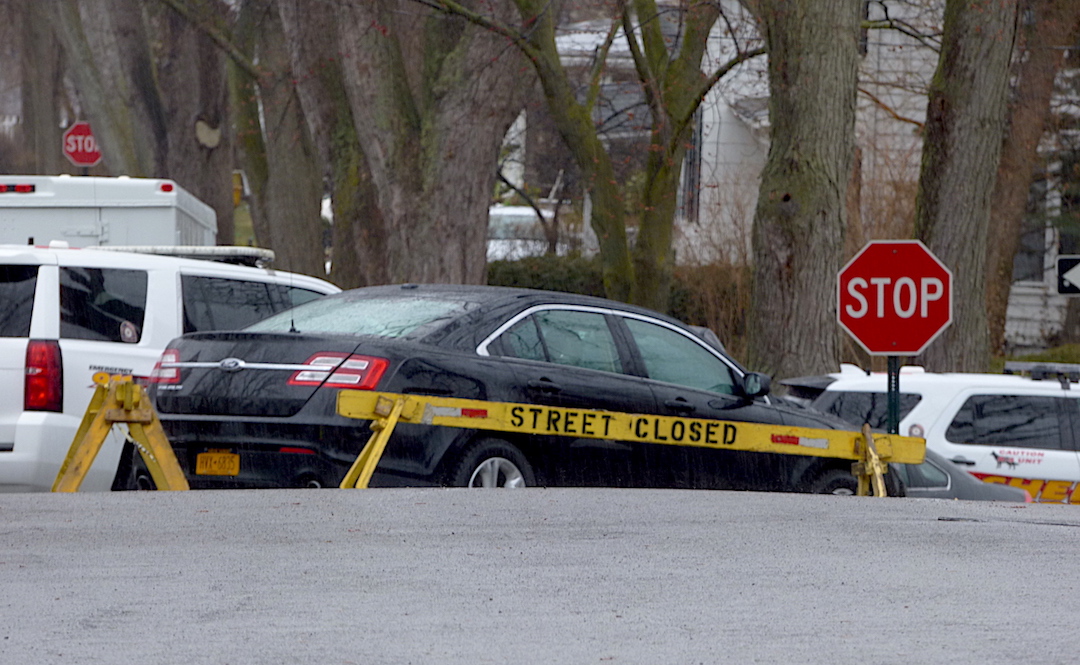