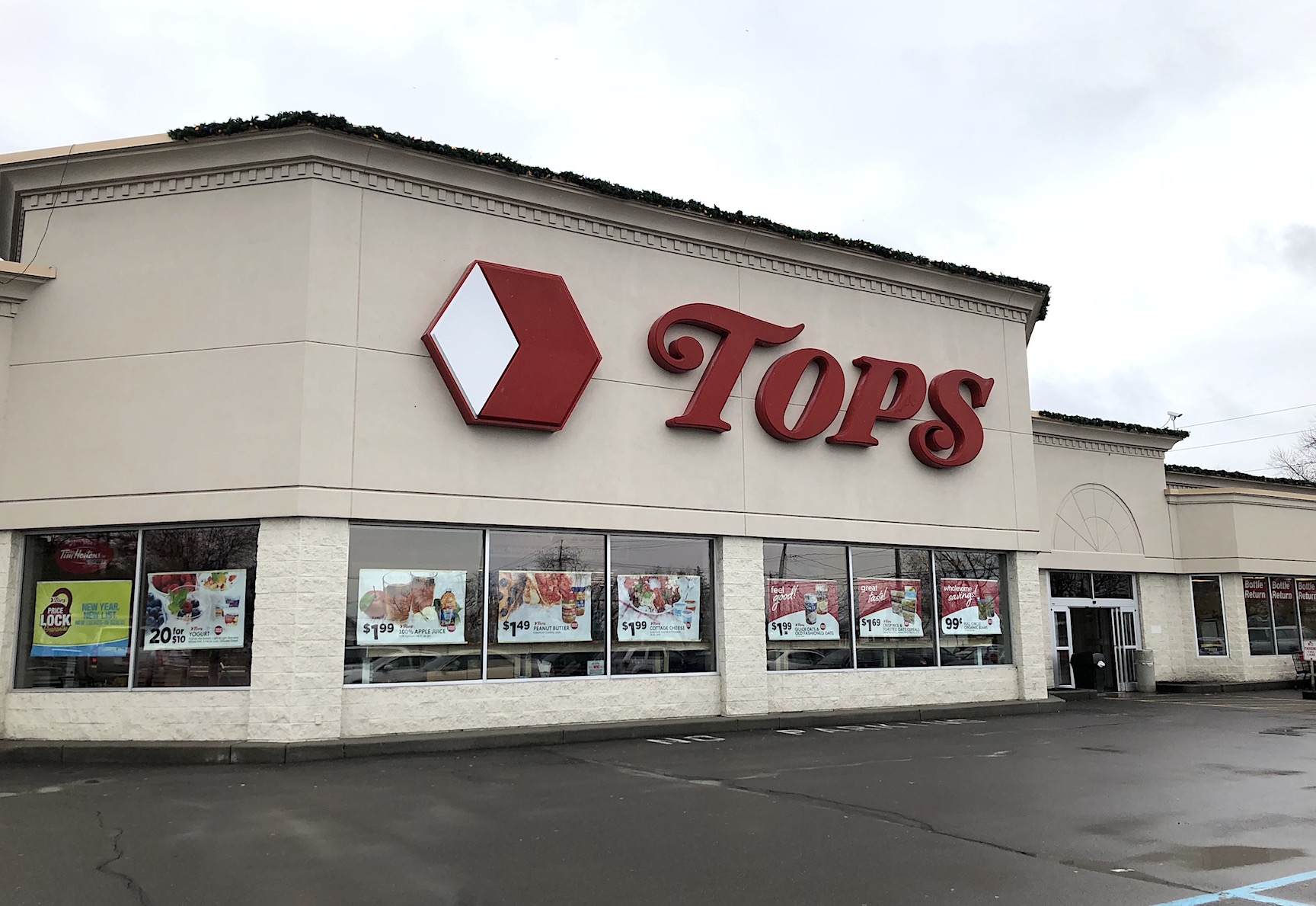 by jmaloni
Thu, Feb 22nd 2018 07:25 pm
Corporate maneuvering not expected to impact Lewiston Tops
By Joshua Maloni
Managing Editor
After days of speculation, on Wednesday Tops Markets LLC formally announced it is "pursuing a financial restructuring in order to eliminate a substantial portion of debt from the company's balance sheet and position Tops for long-term success."
In a press release, the company further stated it "fully expects operations to continue as normal throughout this financial restructuring process."
DiMino Tops is the largest retailer and has the most employees (195) of any business in the Village of Lewiston. On Wednesday, store owner Anthony DiMino said what's happening with Tops corporate "really doesn't impact me."
"We're a franchise of the major corporation. They're just redoing their debt service. It's business as usual for us," he said. "Everything that we planned to do in this calendar year is going to be accomplished."
In fact, DiMino said his store is about to undergo another major remodel in mid-April.
"We're remerchandising the store and moving a lot of sections. It's going to be different," he said. "We'll try to help the consumer find the products that they're looking for as we're moving some aisles."
DiMino explained "We're moving all the organic, natural products in line. So, for example, frozen pizzas will be next to natural, organic pizzas, in the frozen food areas. In the aisles, vinegars will be with vinegars; olive oils will be with olive oils; bread will be with bread; snacks will be with snacks. All categories will be next to each other. So, in doing that, we're going to move a lot of things around. Organic juice will be with regular juice. ...
"It's going to be a significant change. We'll have maps for people, and we'll have people walking around the store making sure that everybody is not inconvenienced in knowing where everything is."
DiMino said Tops products and prices will remain the same as the corporate company moves forward with restructuring.
"Everything is going to be seamless - no one will know anything different," he said. "Everything is exactly the same."
While remerchandising is underway at the Tops supermarket, DiMino's Tops Xpress gas station will also get a facelift.
"We are putting in new gas tanks at the gas station, so the gas station will be closed from April 2 to May 9," DiMino said. "We're spending money and keeping the economy going for the Village of Lewiston."
In the corporate Tops press release, it was further stated, "To implement the financial restructuring, the company today elected to file for reorganization under Chapter 11 of the Bankruptcy Code in the United States Bankruptcy Court for the Southern District of New York."
Tops CEO Frank Curci said, "Our operations are strong and we have an outstanding network of stores and a talented team to support them. We are now undertaking a financial restructuring, through which we expect to substantially reduce our debt and achieve long-term financial flexibility. This will enable us to invest further in our stores, create an even more exceptional shopping experience for our customers and compete more effectively in today's highly competitive and evolving market."
Tops corporate created a website specifically to address the restructuring: www.topsrestructuring.com.