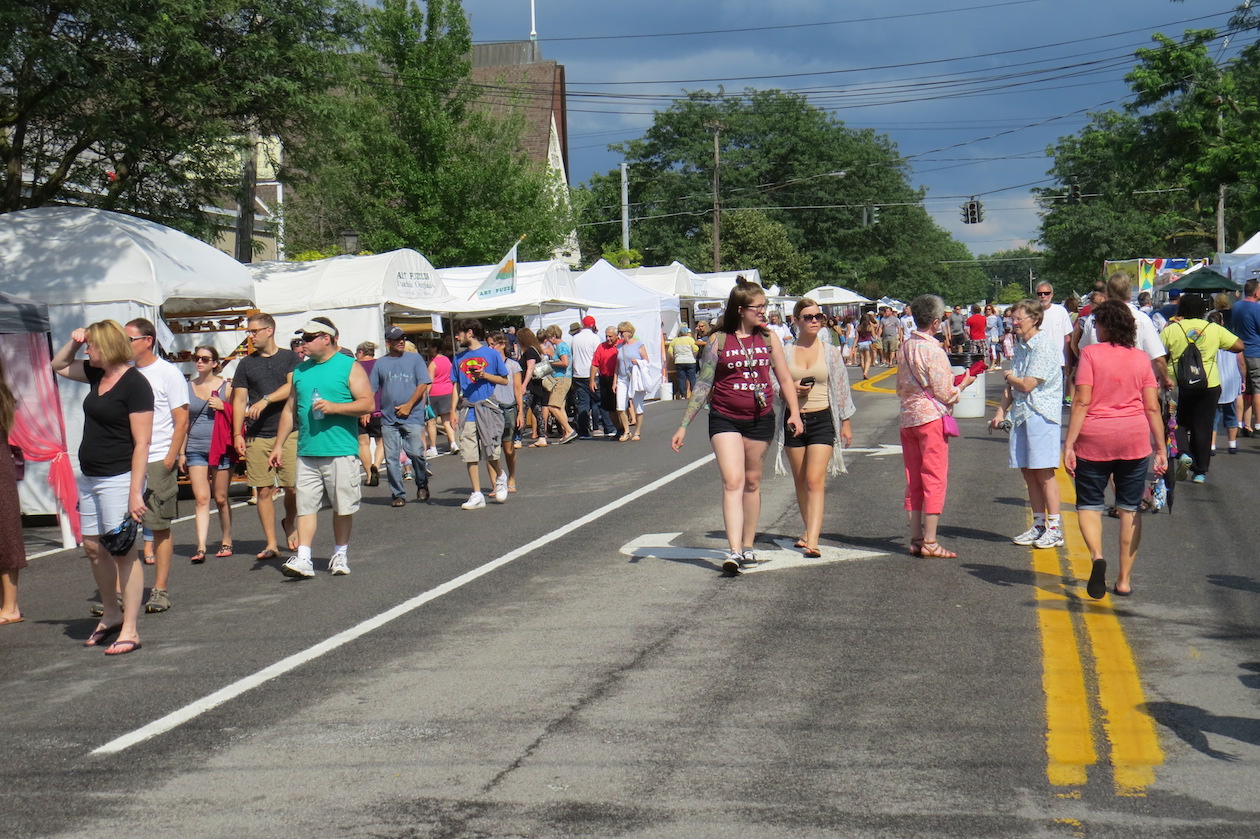 by jmaloni
Wed, Feb 21st 2018 09:55 am
By Joshua Maloni
Managing Editor
The Village of Lewiston Board of Trustees on Tuesday voted to approve dates and times for summer and late fall festivals and entertainment series.
The Lewiston Council on the Arts was given permission to close Center Street (Fourth to Fifth streets) for the second annual "A Taste of Lewiston." The event will take place from noon to 8 p.m. Saturday, May 26. Center Street will close at 7 a.m. to accommodate setup.
Also, the LCA will close Center Street (Fourth to Eighth streets) from 5 a.m. Saturday, Aug. 11, until 6 p.m. Sunday, Aug. 12, for the annual Lewiston Art Festival. Fifth and Center will be the site of the KeyBank Chalk Walk competition, so the areas next to the two banks also will be closed for the weekend.
Finally, the LCA was granted permission to use the Hennepin Park Gazebo for "Blue Mondays" concerts (7-9 p.m. July 9 through Aug. 28), and for the "Summer of '69" concert (6-10 p.m. Friday, July 13); and the International Peace Garden, Center Street sidewalks and the village cemetery next to First Presbyterian Church for the Marble Orchard Ghost Walks (Sept. 22 through Oct. 27).
Trustees voted to give Village of Lewiston Recreation Director Brendan McDermott permission to use Marilyn Toohey Park for the 23rd annual "Spring Fling." The event runs from 11 a.m. to 5 p.m. Sunday, May 6, and requires closing Onondaga Street (from North Third to North Fourth streets).
The one-mile "Spring Fling" race for children will be held at 12:30 p.m. The course begins at North Second and Onondaga streets, heads east to North Fifth Street, north to Oneida Street, west to Rudlen Road, north to Mohawk Street, west to North Third Street, and ends south back at Onondaga Street.
Board members voted to allow the Kiwanis Club of Lewiston permission to use Academy Park from Monday, Sept. 3, through Monday, Sept. 10, for the 61st annual Niagara County Peach Festival.
Motions were approved allowing the Niagara Wine Trail to hold its 10th annual Niagara Wine Festival from noon to 7 p.m. Saturday, July 28, and from noon to 6 p.m. Sunday, July 29; and the Lewiston Memorial Day Remembrance Committee to hold the annual Memorial Day parade, remembrance ceremony and community luncheon on Monday, May 28.
All event and activity motions passed without objection or comment.
With regard to the village's festivals, Deputy Mayor Bruce Sutherland said he's been speaking with Clerk/Treasurer Amy Salada and Niagara River Region Chamber of Commerce President Jennifer Pauly about forming a special events committee. He said they've been pondering creating an information packet for event organizers.
Lewiston Police Department Chief Frank Previte commended the Lewiston Garden Club, which he said created a thorough application packet for GardenFest.
"It included a plan, as far as everything from how to deal with different types of incidents, evacuation, identified different points and hospitals. It's really how one should be done," he said.
Previte suggested the village create a similar template for other event organizers.
As for a committee, Sutherland said such a grouping could be comprised of someone from the LPD, a Department of Public Works representative and a delegate from the Village Board.
"Everybody there at one place can look at the event and get it all ironed out, instead of kind of piecemeal," Sutherland said.
•At the Village Board's work session on Feb. 5, trustees approved the request from Cataract Cruisers to use Academy Park on Thursday and Friday nights from May 17 to Sept. 21 for a 5 p.m. car cruise (show). The group will not meet during Peach Festival weekend.
Board members also voted to approve the Niagara River Region Chamber of Commerce's use of Lewiston Landing on Friday, May 4, for the annual Smelt Festival.
Trustees approved the Historic Lewiston Jazz Festival Committee's request to hold the Northwest Jazz Festival on Friday and Saturday, Aug. 24-25. The annual event requires closing Center Street (from Fourth to Sixth streets), as well using the International Peace Garden, Hennepin Park and the Red Brick Municipal Building parking lot (and adjourning grass areas) for sponsor/VIP parking.
If the weather is dry that weekend, Academy Park may be used for overflow parking.
Last fall, the board approved a request from the Lewiston Garden Club to hold the annual GardenFest on Saturday and Sunday, June 16-17. Center Street (Fourth to Seventh streets) will be closed from 5 a.m. Saturday until 7 p.m. Sunday.
Categories
Home feature NFP Our Favorite Sentinel Sentinel HP Feature Picture