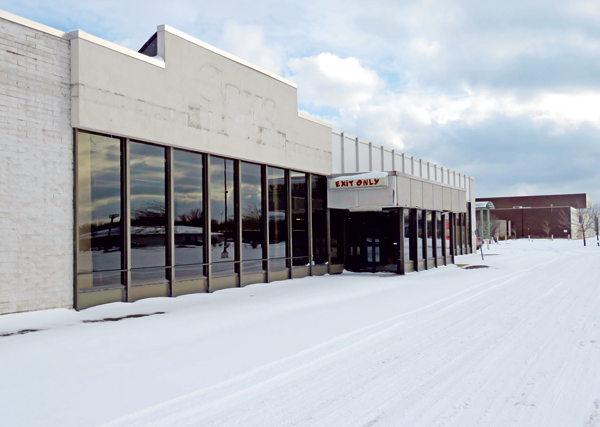 The front and back of the Summit Mall remain empty. The front of the mall was occupied earlier by Toys R' Us and then Save-A-Lot. The Big Thunder Brewing project would renovate the face of the old Toys R' Us. The back of the mall is where the two proposed metal structures will be constructed as a sports facility. (Photos by David Yarger)

Fri, Feb 9th 2018 08:40 pm
Big Thunder Brewery project mentioned at recent WLDC meeting
By David Yarger
Tribune Editor
For years now, other than a few surviving stores, the Summit Park Mall complex along Williams Road has been a ghost town. As 2018 progresses, the light is seeming to shine brighter for the complex.
The Wheatfield Local Development Corporation met last Thursday night to discuss the current situation of the Big Thunder Brewing project, which is slated to replace the old Toys R' Us building, recently vacated by Save-A-Lot, with a brewery, bar and restaurant.
The WLDC had a timeline of the progress, but wouldn't reveal exact dates for the project, saying the information shouldn't be revealed to the public. The only updates on progress received, was that the Save-A-Lot building has been completely gutted, and the brewery should be finished sometime in the fourth quarter of 2018.
The WLDC, according to their website, "is committed to fostering new business as well as retaining and expanding existing local businesses to build economic capacity specific to the Town of Wheatfield."
Back in early 2017, John Robinson, a principal of Big Thunder Brewing announced the project would cost around $3.3 million. Also, in early 2017, the Town of Wheatfield Town Board applied for a $750,000 grant to be used for brewery equipment, which the grant was received later that year.
The grant is also broken down in three parts, which Councilman Larry Helwig explained early last March, saying "They're actually asking for a half million (dollar) loan for five years at 3.5 percent. And as they pay that back, that actually comes back to the Wheatfield LDC, and then we can use it over time for future economic growth projects that the LDC deems worthy."
The second part of the grant would be a deferred loan in the amount of $234,000, which the brewery would not have to pay back if it provides jobs for 54 employees.
Along with the brewery, Niagara International Sports and Entertainment Event Center proposed to build two metal buildings in the back of the mall, which would be used as a sports complex. The projected finish of that project is also for the fourth quarter of 2018.
WLDC President Bill Wagner said the hope is the sports facility traffic also brings traffic to the restaurant.
Wagner said the project is a huge renovation for the mall, which has been empty since 2009.
"It's a beautiful project, it's going to change the face of the Summit Mall, at least that section of it. I think it's going to be great for the town; it looked very positive and we hope for the best," Wagner said.
Wagner added that the brewery is planning to make the outside of the building more appealing by adding an outside patio bar, as well as beach volleyball courts, but for the most part the building would stay the same.
Former Town Supervisor and WLDC member Robert Cliffe said the company is talking about ordering the brewery equipment later on this month.
Wagner said, "I think at this point I wanna make sure that we get; I think the next course of action is we update the documents and get them back in front of their attorney and say, 'OK we've got the timeline, we've got all the information that we need and put the ball back in their court.'"
The next step requires putting "the ball back in their court," as the brewery and WLDC will need to come to some sort of finalization for the project to proceed as scheduled. 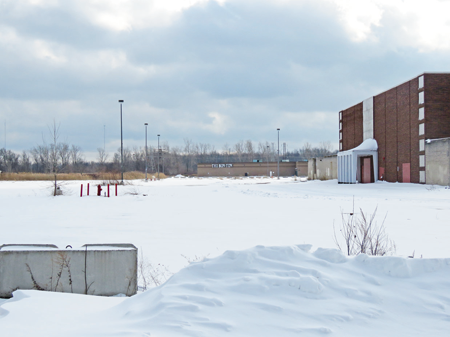