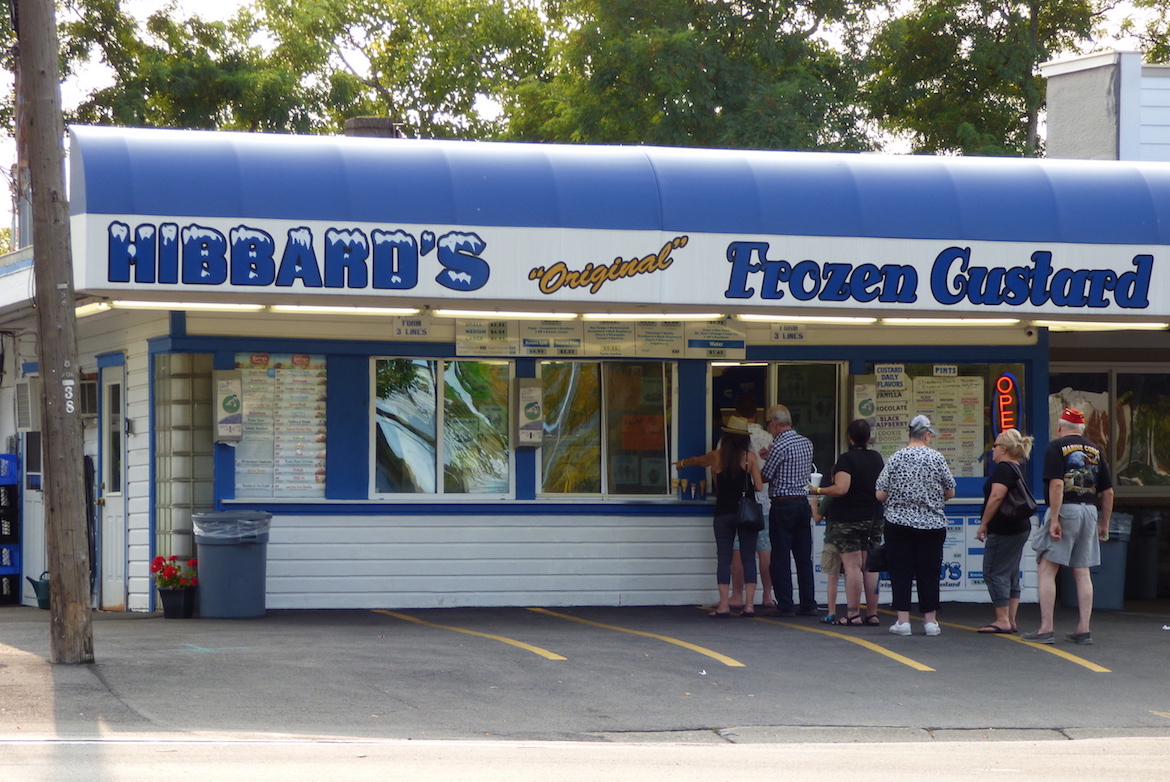 by jmaloni
Sat, Jan 13th 2018 09:00 am
By Joshua Maloni
Managing Editor
Hibbard's Original Frozen Custard has served cones and cups and bowls of sweet treats to generations of Lewiston residents. This summer, the Hibbard family is hoping to dish up and distribute custard from larger serving windows.
On Monday, architect James Fittante presented a proposal to the Village of Lewiston Planning Commission on behalf of the Hibbards, as Jim, Marshall and Jamie watched from the audience.
"Hibbard's Custard stand, they're looking to gain a little more space behind the counter. They're also having some structural issues with the front wall, where you order the ice cream from," he said. "To give it some more room, we're looking to bump that building out six feet - which, per code, we're allowed."
The expansion would move the serving window up toward Portage Road. It would enable the servers to have more room to work.
Hibbard's is known for its iconic blue and white coloring. That would remain, as would the blue and white overhang installed last summer. This signage would be located six feet into the village right-of-way. As such, the Planning Board sent Fittante and the Hibbard family to the Village of Lewiston Board of Trustees. The applicants will request a special use permit.
Behind the windows and beyond the overhang, Fittante proposed installing "a concrete pad and a little bit of queuing lanes and a little landscape buffer (with railing), just to keep (customers) safe from the vehicle traffic."
Fittante said the concrete will be about eight inches up, and will "offer a lot more protection."
The Hibbard family also intends to rope off the customer line, so as to improve efficiency and cut down on order wait time.
The Planning Board unanimously approved the expansion proposal idea.
On Friday, The Sentinel learned the area designated for expansion might not work, as the Department of Public Works has identified a sewer line below the pavement.
Trustees will discuss this proposal when they meet at 6 p.m. Tuesday inside the Morgan Lewis Boardroom at the Red Brick Municipal Building, 145 N. Fourth St.
If the project is approved, Jim, Marshall and Jamie said they expect the renovation to be completed ahead of the summer season. Fittante said construction would begin immediately.
Hibbard's Original Frozen Custard opened in 1939. The custard stand is located at 105 Portage Road - right across from Academy Park.