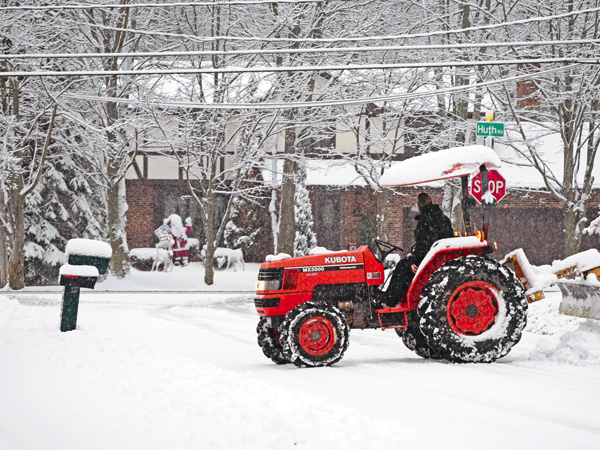 On Christmas Eve, as the snow continued to fall, a small snowplow clears a driveway near Huth Road.

Grand Islanders learning about life in the freezer 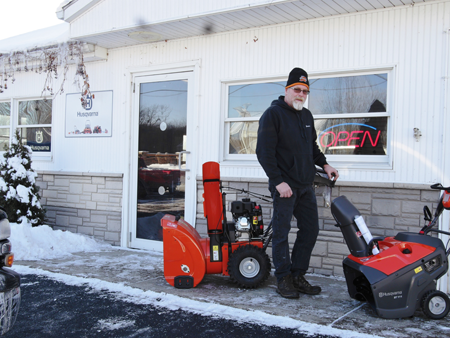 Pete Marston Jr. stands outside of Marston Power Equipment with snowblowers that had been brought in for repair during the wintry blast.
Categories
Dispatch Dispatch feature Home feature NFP