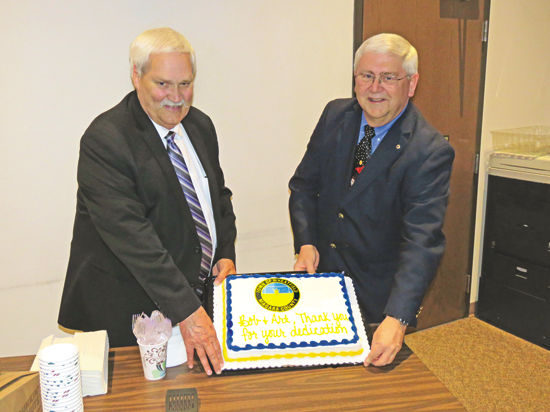 Councilman Arthur Gerbec and Supervisor Bob Cliffe pose with a cake in their honor, which says, "Thank you Bob and Art for your dedication." (Photo by David Yarger)

Cliffe and Gerbec bid farewell at final board meeting of 2017