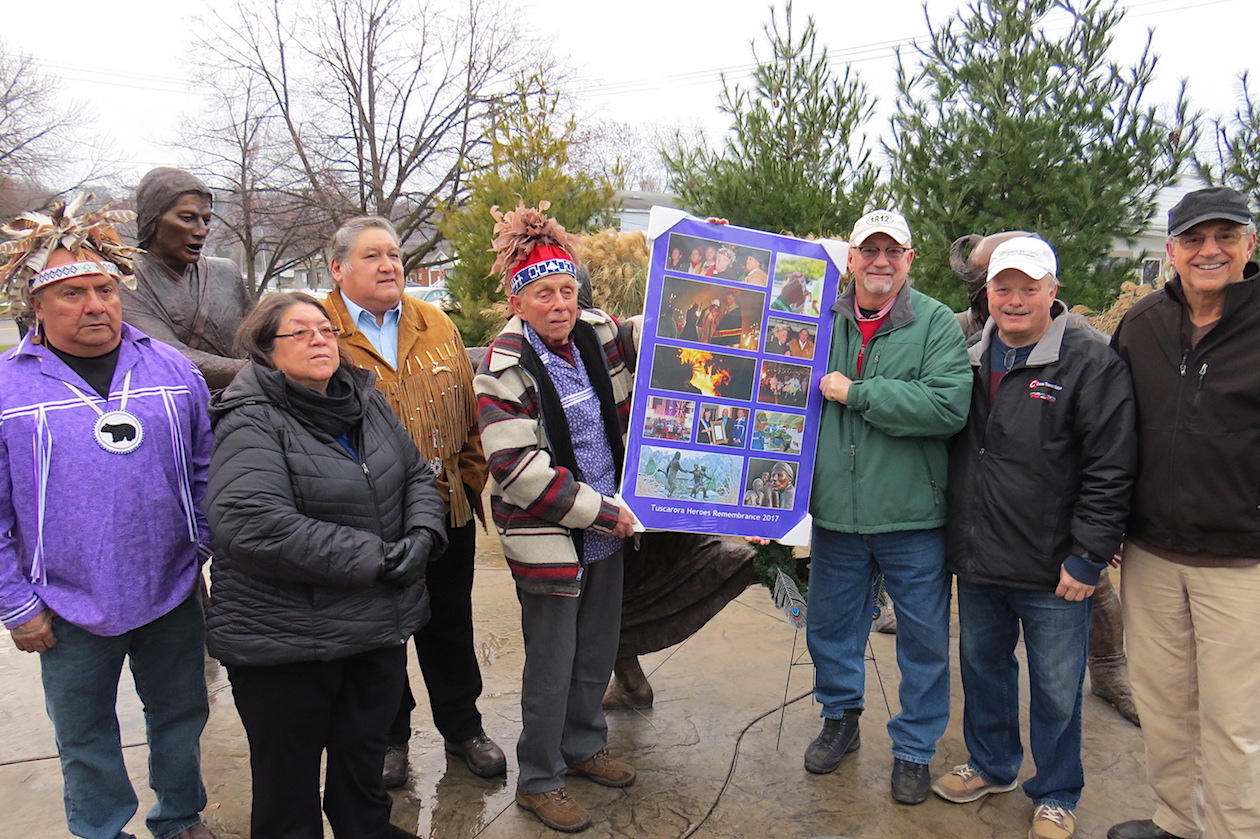 by jmaloni
Tue, Dec 19th 2017 10:15 am
Lewiston and Tuscarora Nation residents gathered together Tuesday morning at the corner of Center Street and Portage Road to observe the 204th anniversary of the village's most significant event.
At around 8 a.m. Dec. 19, 1813, the British attacked Lewiston, killing about a dozen people. Even more lives would've been lost had it not been for the actions of the neighboring Tuscarora people. In an unprecedented act of bravery, they descended upon Lewiston in such a manner that the British forces were led to believe they were outnumbered - and soon left the village.
Four years ago, a grand ceremony - "Flames through Lewiston" - was held on Center Street to remember the past, and to officially thank the Tuscarora Nation for saving so many lives 200 years ago.
Subsequently, local elected leaders, members of the Historical Association of Lewiston and friends gather every Dec. 19 at the "Tuscarora Heroes" monument to, once more, thank the Tuscarora people.
This year, a special photo collage was presented to Chief Leo Henry.
Prior to that, Neil Patterson, a member of the Tuscarora Council and Lewiston's nation liaison, offered a prayer; and Deputy Mayor Bruce Sutherland shared some brief remarks.
The ceremony was organized and emceed by Lee Simonson. Guests included Trustee Vic Eydt, Town of Lewiston Councilman Bill Geiben and monument creator Susan Geissler.
Breakfast followed at Syros Restaurant.
PHOTOS: 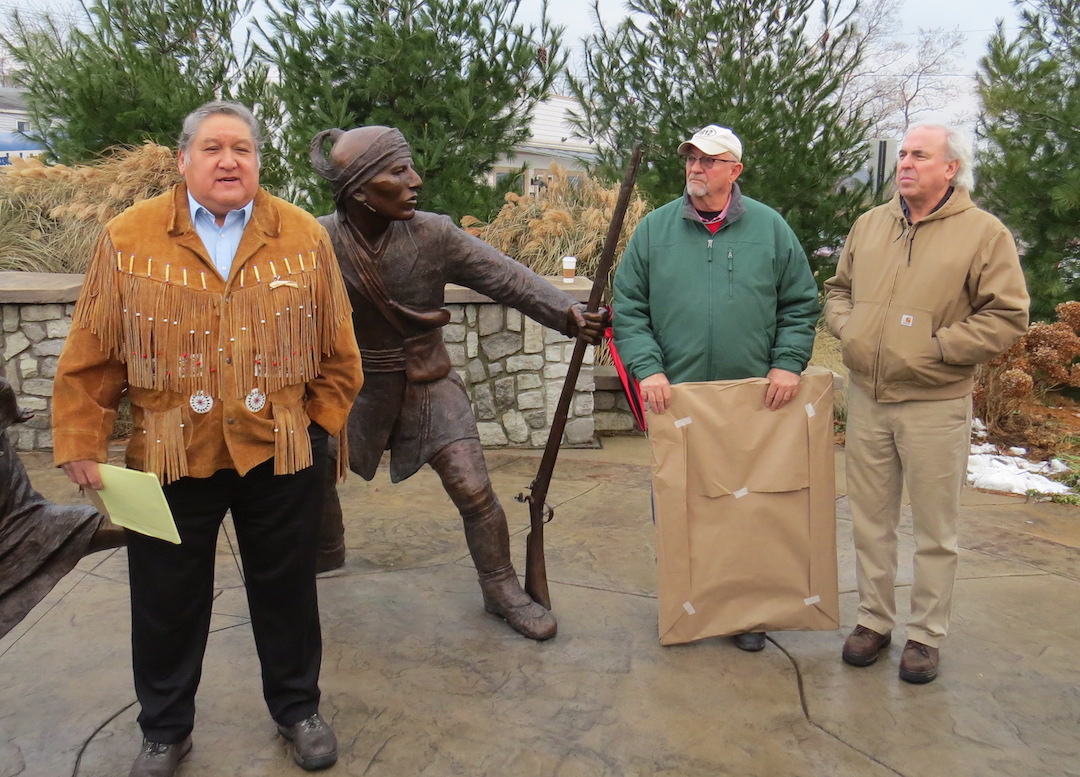 Neil Patterson offers a prayer, as Bruce Sutherland and Lee Simonson look on. 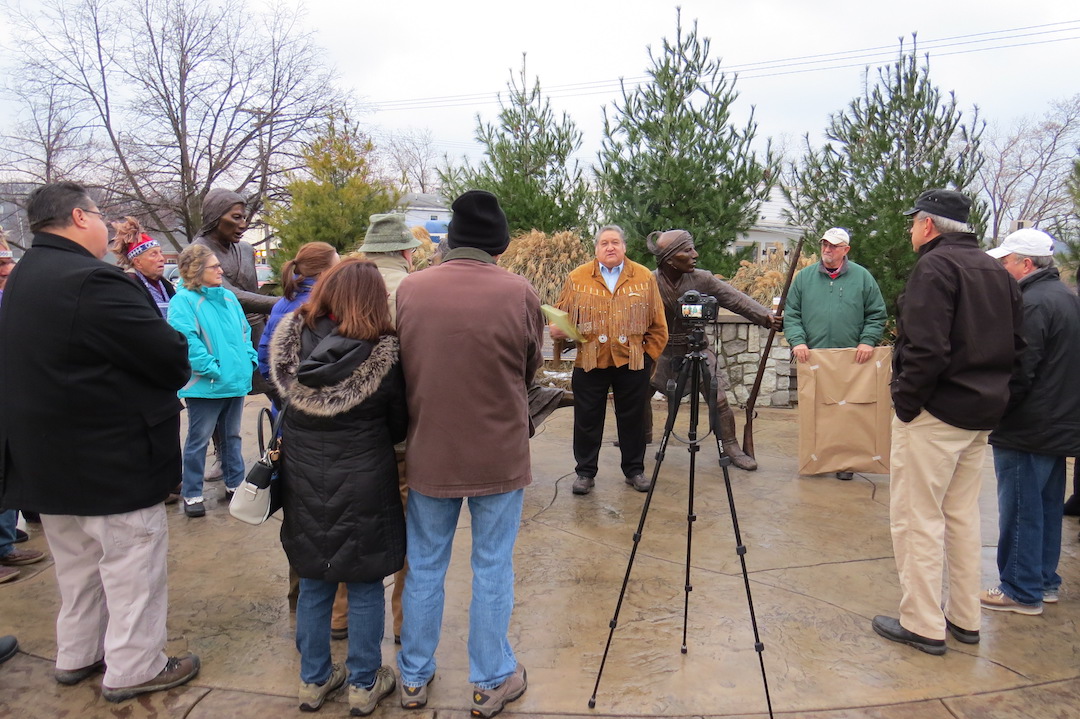 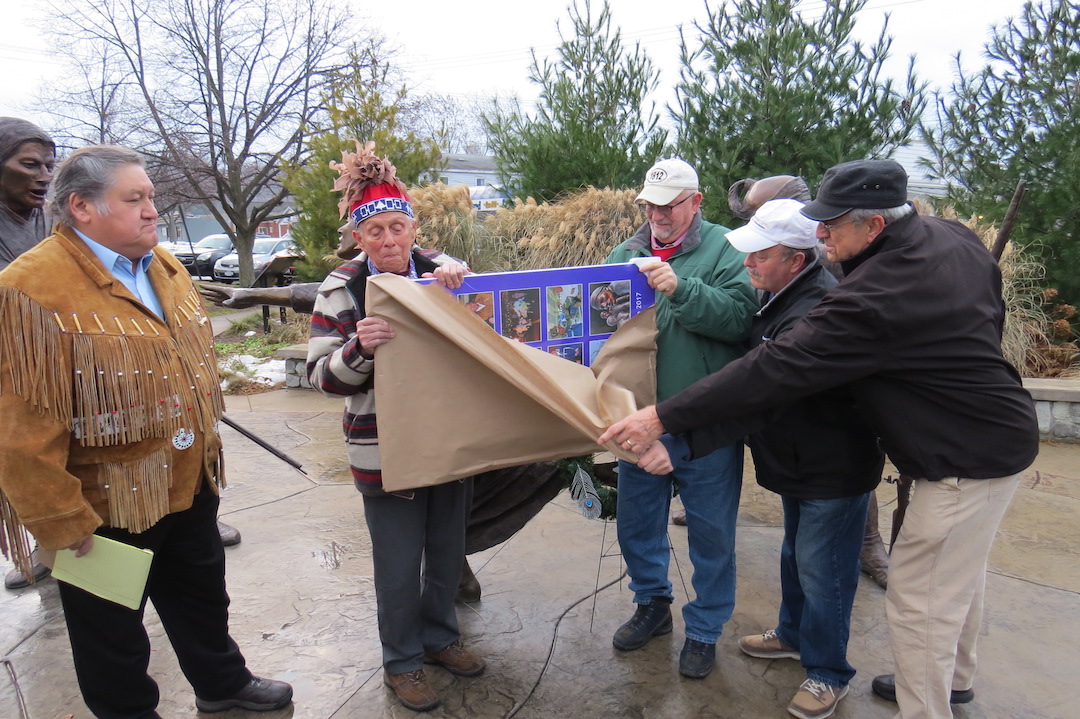 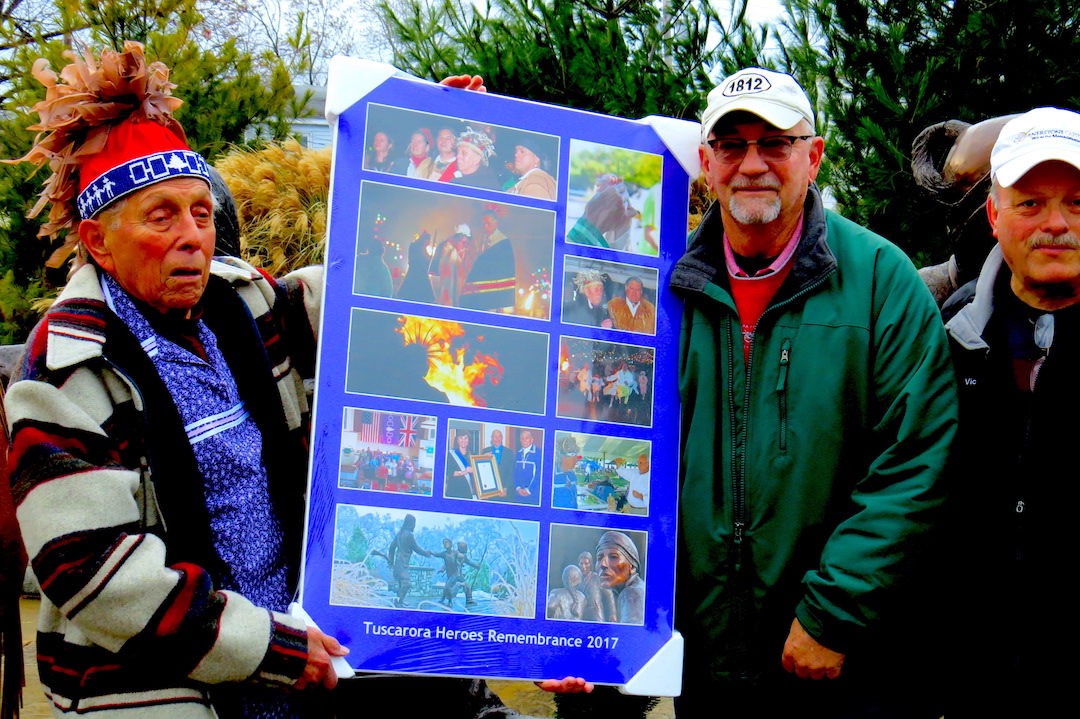 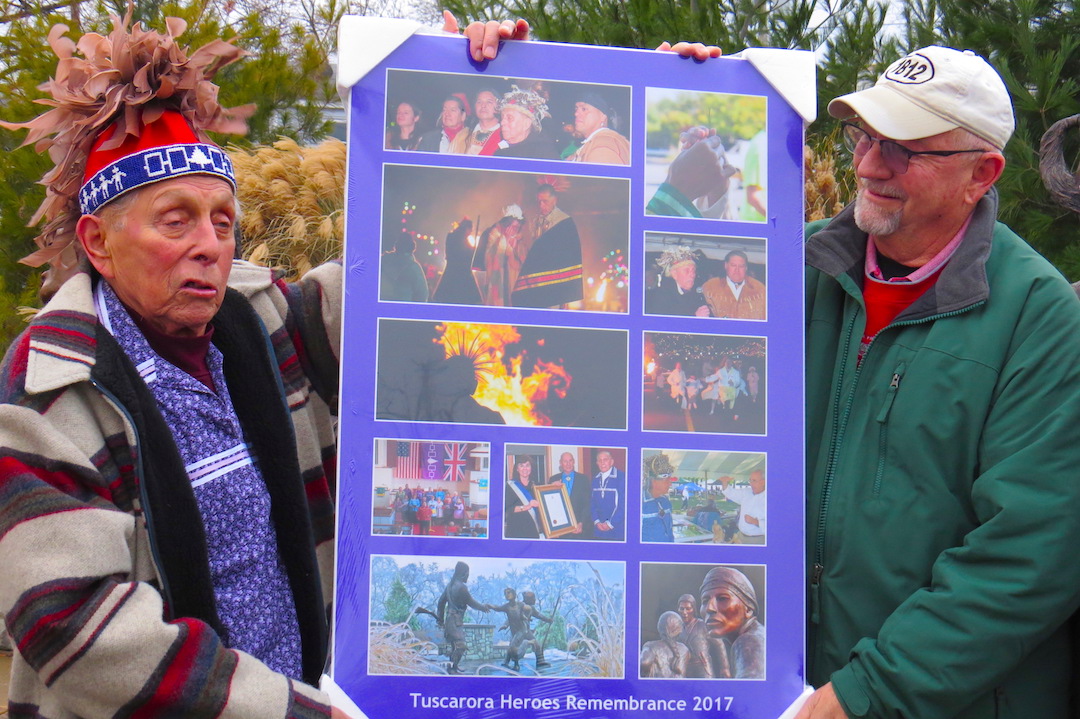 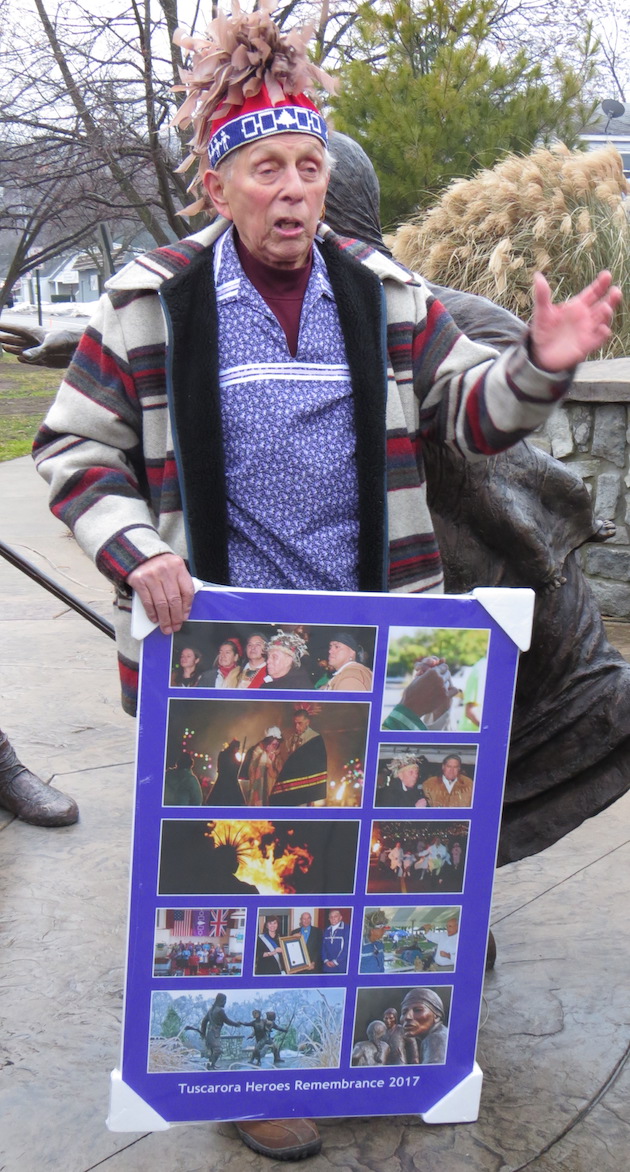 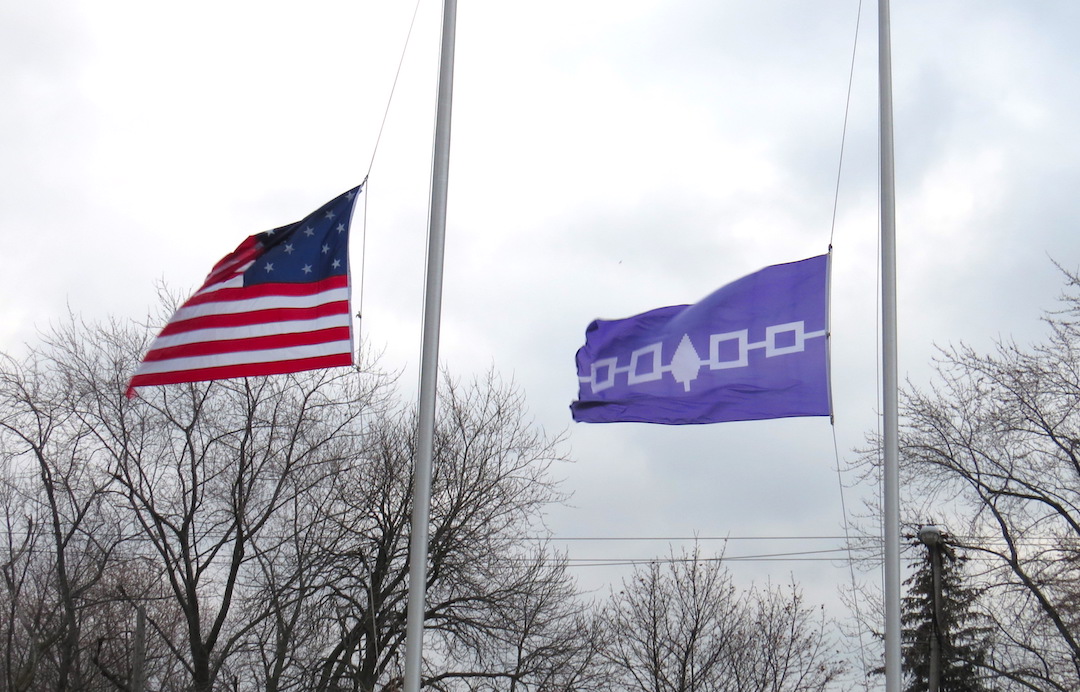 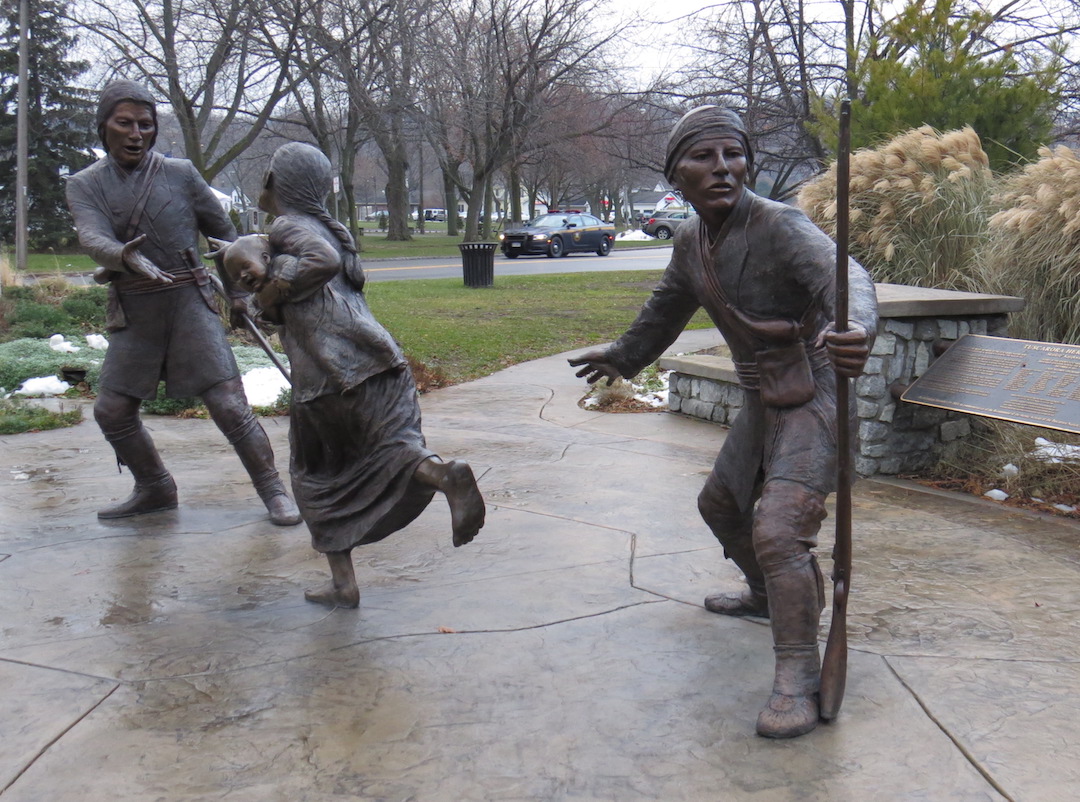 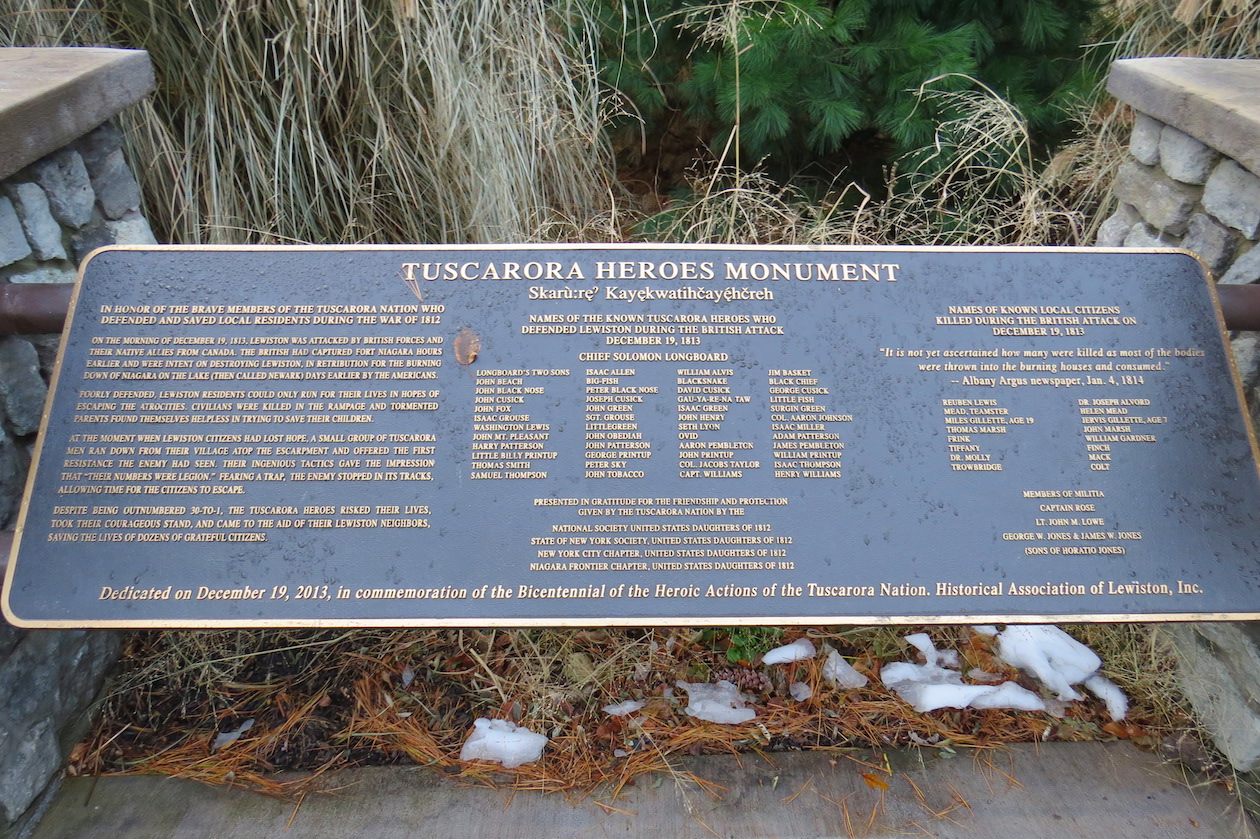 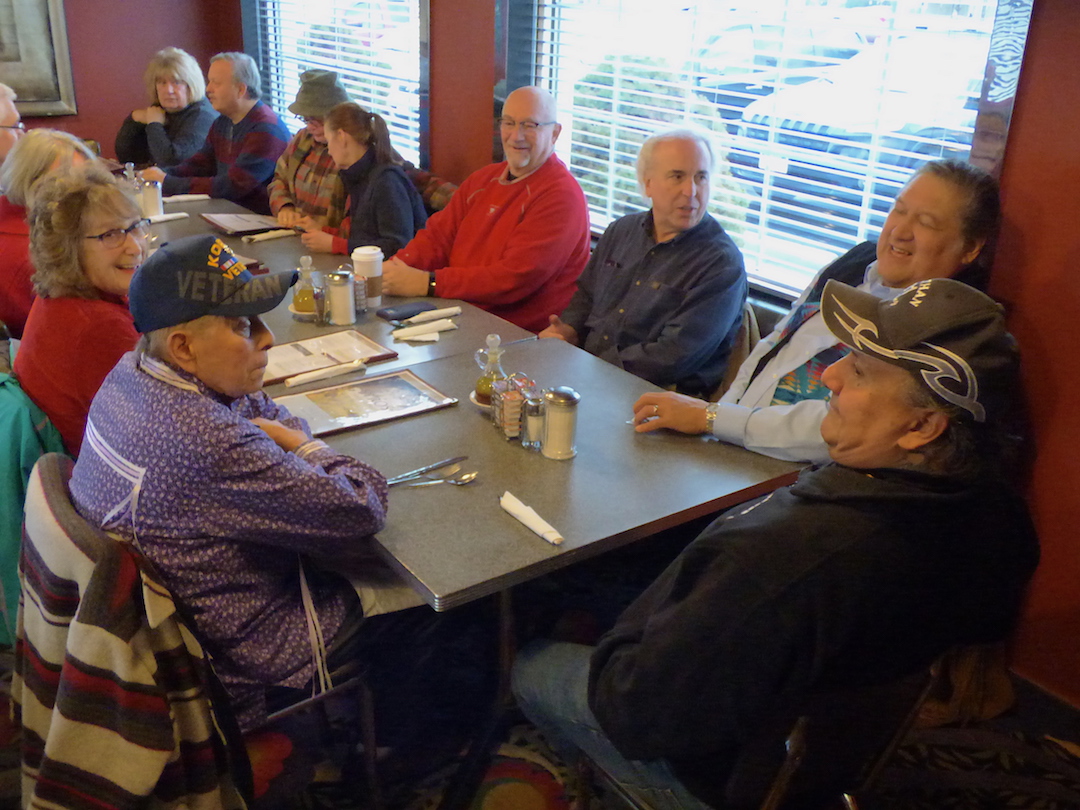