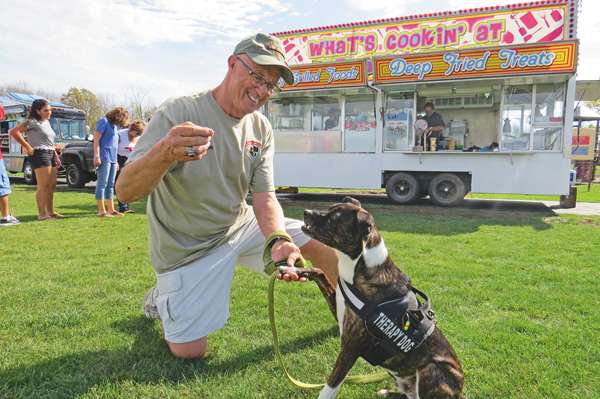 Dog Tags of NY's co-founder Joe Ruszala poses with JJ, a rescue dog who Ruszala said is a prime example of the organization's mission and the work it has done. (Photo by David Yarger)

Fri, Oct 13th 2017 06:25 pm
By David Yarger
Tribune Editor
Town of Niagara Veterans Memorial Park was filled with dogs and veterans on Saturday, as Niagara Rises hosted a fundraiser in collaboration with Dog Tags of New York.
The fundraiser was looking to raise money for Dog Tags of NY, an organization with a mission to partner a rescue dog with a local veteran or civilian, as the animal "builds purpose, trust and camaraderie while aiding in transition and adjustment."
The event ran from noon-8 p.m. and hosted numerous vendors, food trucks, beer and wine, live music, a dog pageant, raffles and much more, making it a fun and family-friendly atmosphere.
Along with the various veterans and four-legged friends, Town of Niagara Supervisor Lee Wallace was in attendance and he praised the work veterans have done.
"In the Town of Niagara we have a very, very soft spot in our hearts for those that have served this country in every war that we've had," he said.
During the opening ceremonies, the 914th Air Refueling Wing Color Guard presented the colors, as Grammy-nominated singer Christina Custode sang the national anthem.
Niagara Rises decided to collaborate with Dog Tags of New York after meeting with them once.
Niagara Rises president Daniel Rey said, "As soon as they brought the dogs in and as soon as we met them, we were sold. We agreed quickly that we'd work with them and we hope people take the time to see what's going on."
Co-founder of Dog Tags, Joe Ruszala praised Niagara Rises.
"They're great people. They're a determined group and it's cool for us to see civilians wanting to give back to this cause," Ruszala said.
Ruszala also said, the Dog Tags group focuses on transition and adjustment for veterans, as well as veteran suicide awareness.
"I was a Vietnam War veteran," Ruszala said. "We had an urge to give back and we wanted to give people a reason to wake up in the morning. A dog is a great reason to wake up in the morning."
Both organizations agreed saving veterans and saving dogs that have all been through a lot is a true win-win situation.
For more information on both organizations, visit Dog Tags of NY's Facebook page, or www.niagararises.us. 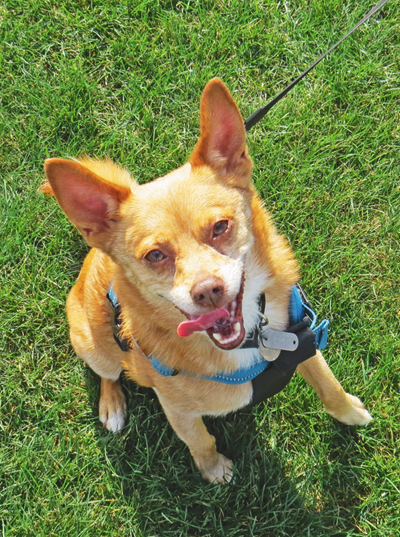