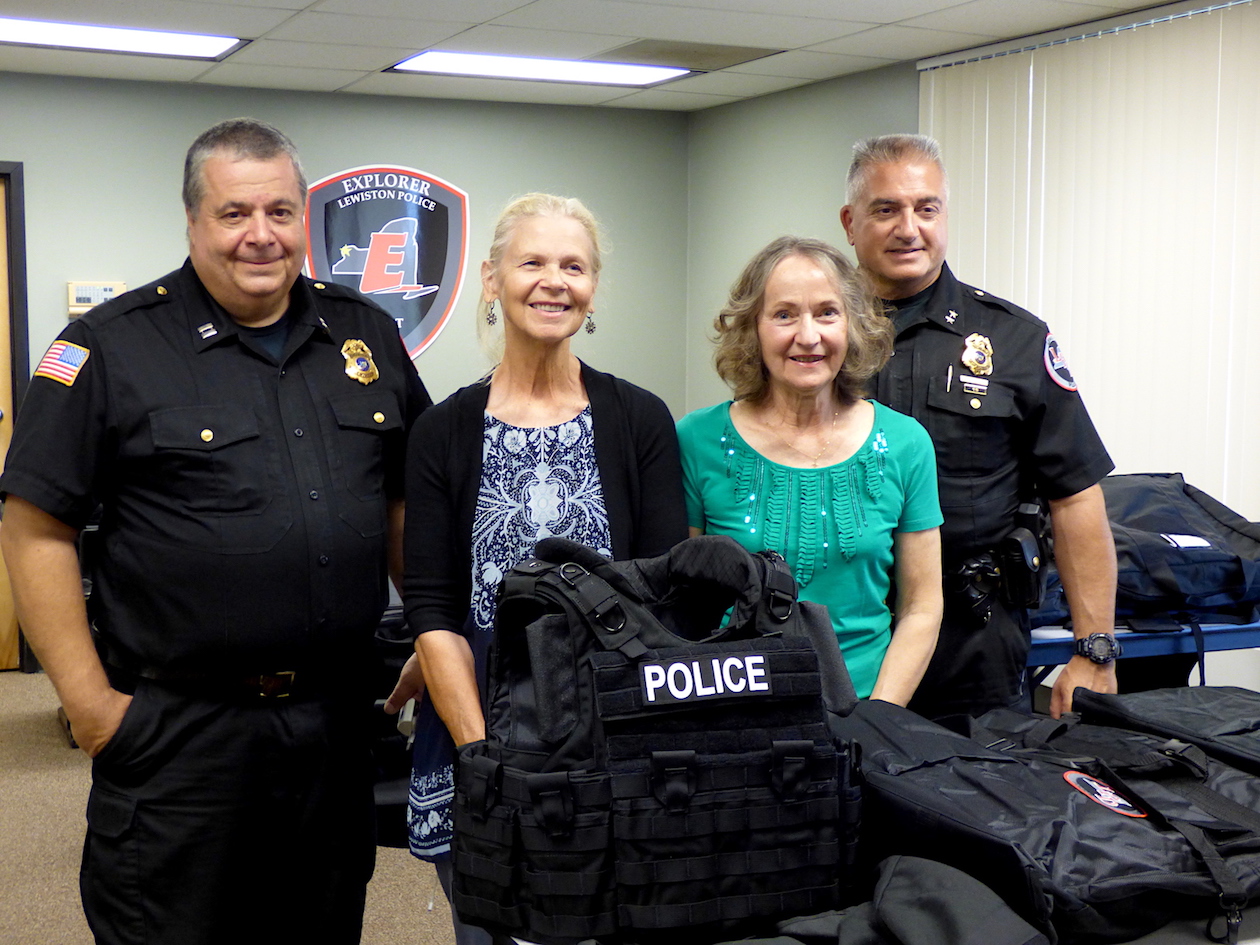 by jmaloni
Mon, Sep 25th 2017 06:40 pm
The Lewiston Police Department announced Monday it is in receipt of 24 new tactical ballistic vests. Each vest contains a metal plate, weighs close to 30 pounds, and is rated level IV, which is the highest level of protective gear.
Chief Frank Previte said the vests were financed through a community initiative called "Invest in a Vest." The fundraiser was the brainchild of Village of Lewiston residents Claudia Marasco and Arlene Sliz.
"They just really took it upon themselves to go ahead and start raising money and start this campaign to fund this project," Previte said. "I can't say enough about what they've done, and how much they've done, and what it says about this community."
The women said they couldn't sit back and watch the TV news, hear of police and school shootings, and not do something to ensure the LPD officers have proper safety equipment.
"It's absolutely wonderful, but a lot of the credit, it belongs to the people who responded to the need that we advertised. We're just very thankful for the community," Sliz said.
"This is the day that we give thanks to the community, who really said, 'You know what? This is for our people. This is for our guys and ladies that are helping us out. Let's get involved. Let's do what we can.' And they came through big-time," Marasco said.
Previte said, "It's a normal thing for us to worry about them. I can't tell you what it's done for moral, and how refreshing it is to know that they worry about us, as well."
VIDEO: 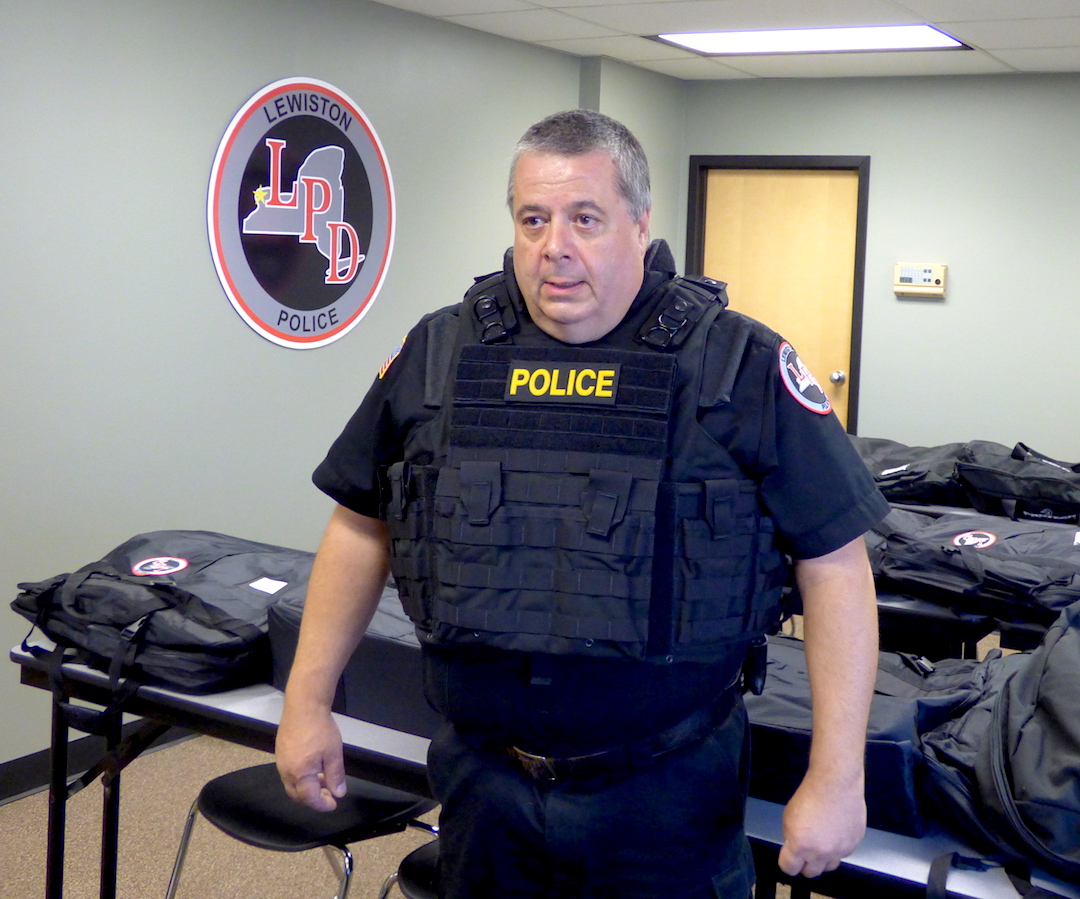 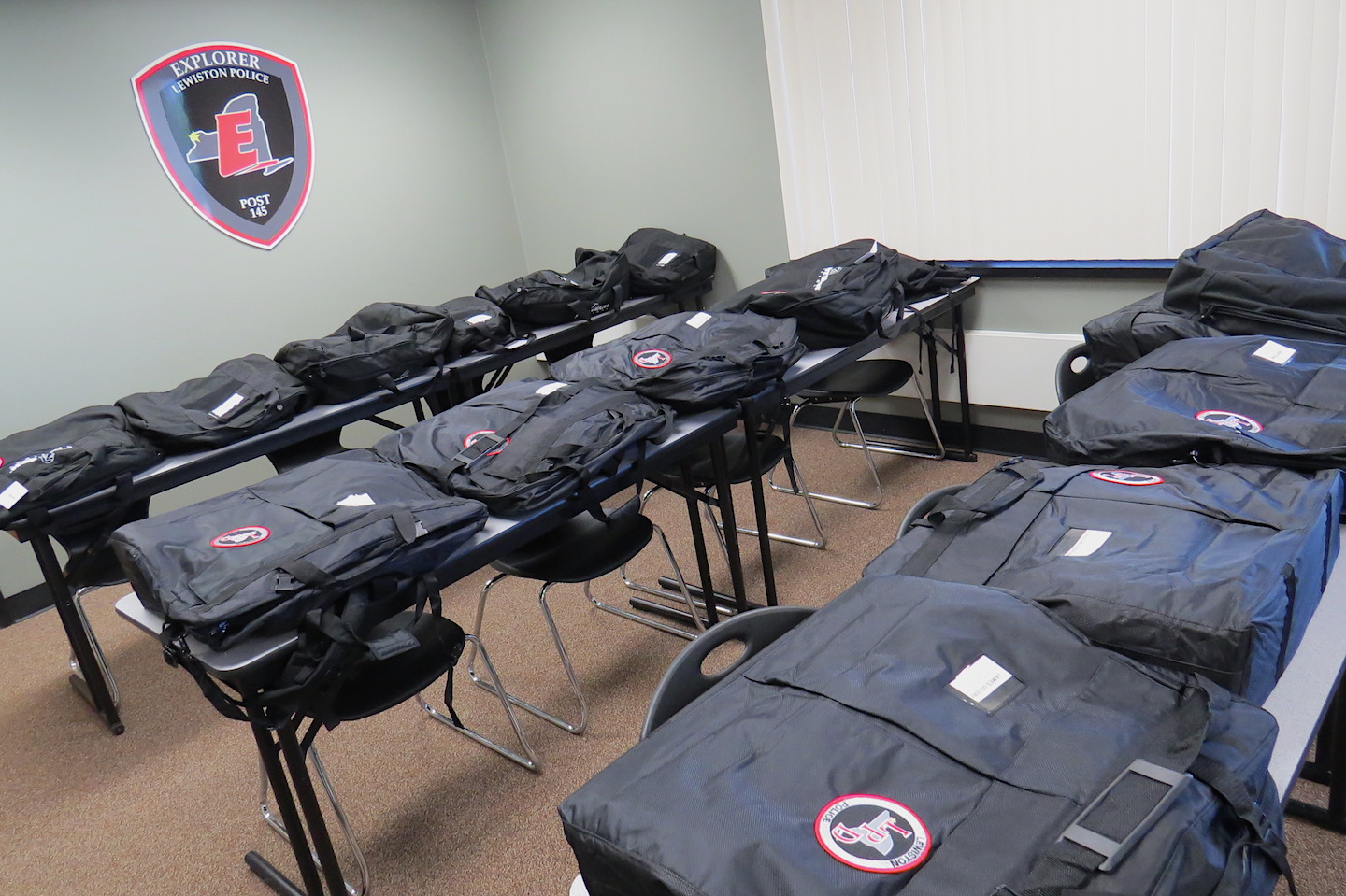 He explained, "Because we're sending our officers into that type of environment, this affords them the protection for the threats that they face."
"The way things have changed in the response now, these guys are the tactical teams," Previte said. "We don't wait for a (traditional) tactical team anymore. The officers that are entering now are the tactical teams where it takes any amount of time to get a (traditional) tactical team together."
Previte said the 1999 school shooting in Columbine, Colorado, "really changed" police protocol "to where the law enforcement officers, first on the scene, if there's a shooter, they're going in. They're not waiting for anybody else."
United Uniform in Amherst supplied the vests - including one for police dog Taser.
"They came down and actually fitted each officer," Previte said.
"They were so enthused by the project, and they knew that it was community money, they gave us a good deal, costwise," he added. "And for no cost whatsoever they provided all the private carriers. They were so taken aback by what was going on, and they knew that it was coming from the community, and so they were very helpful."
Though the vests are stronger and more rugged, LPD Capt. John Penzotti said, "I don't feel any more restricted in this than I would in my everyday vest."
He noted he "absolutely" feels more confident going out into the field with his new vest.
"We would never have these if it wasn't for this ('Invest in a Vest') happening," Penzotti said. 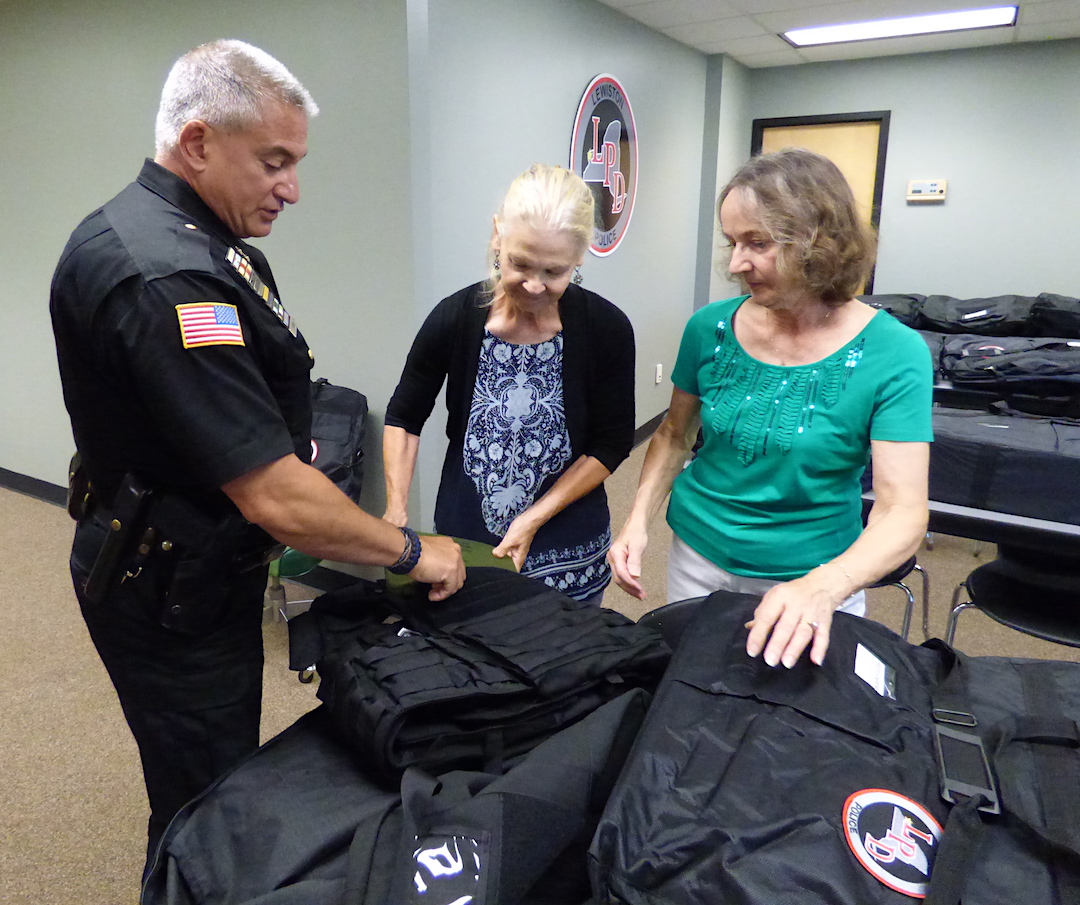 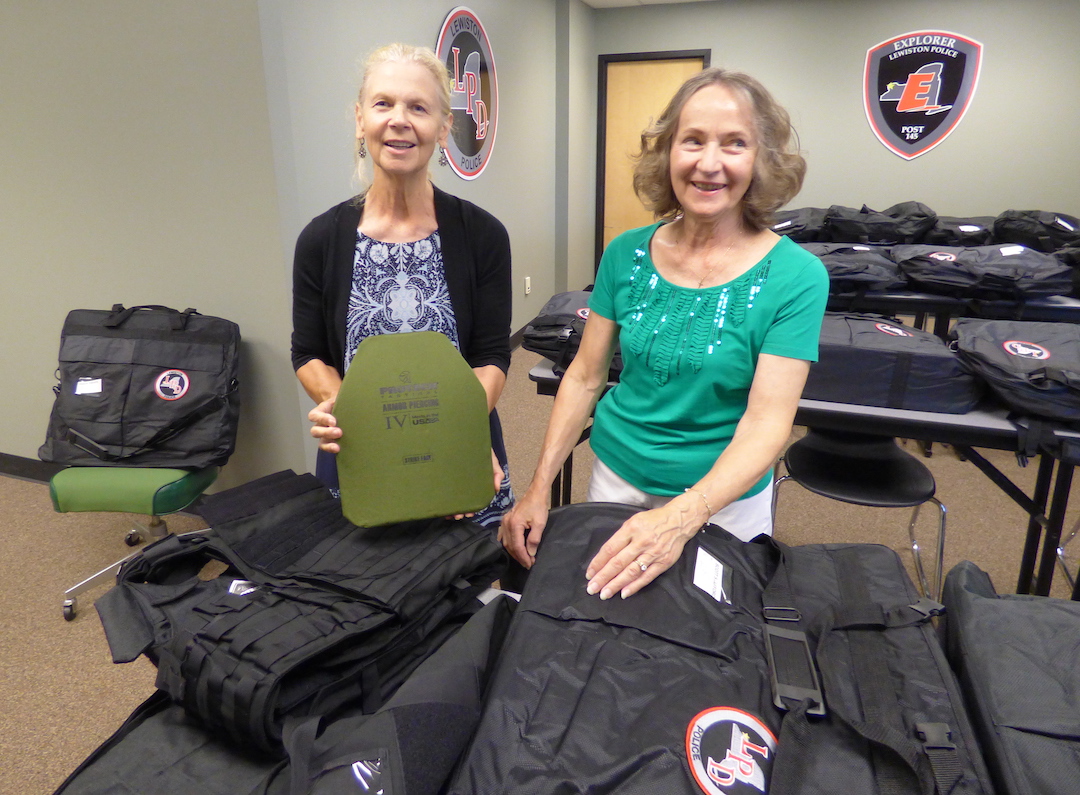