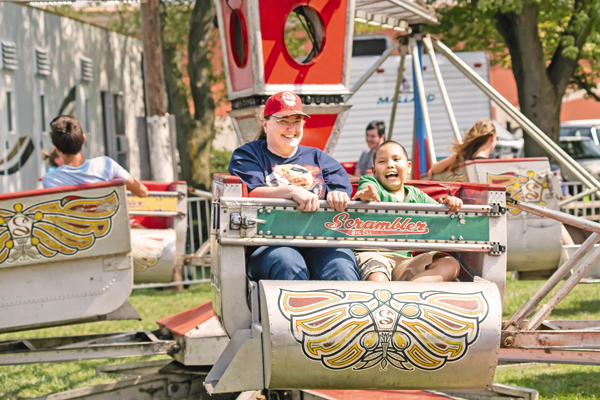 Wed, Sep 6th 2017 11:50 am
Exciting rides, enjoyable foods, peach treats and more return to Academy Park
By Terry Duffy
Editor-in-Chief
Each year, the Niagara County (aka Lewiston Kiwanis) Peach Festival seems to get better and better.
Marking its 60th year in 2017, Lewiston's favorite festival officially opens at 5 p.m. Friday, Sept. 8, at Academy Park on Center Street in the village.
Lewiston Kiwanis organizers report a special Peach Festival preview night, showcasing the newest rides from provider Amusements of America, will take place from 6-10 p.m. Thursday, Sept. 7.
Buffalo-Niagara residents are invited to make the trek to Academy Park to partake in a host of exciting rides, enjoyable foods, tasty peach shortcakes and the wonderful atmosphere that has made the Lewiston Kiwanis Peach Festival the extraordinary family fun experience it has become over the past six decades.
During this 60-year period, "The Peach Festival has raised well over $1 million, which has been used to benefit the lives of Western New Yorkers and improve our community," commented 2017 Peach Festival Chairman Alan Hastings. "The Peach Festival is the largest and longest-standing family event in Niagara County. If fun and entertainment is what you're looking for, you will find it with over 40 rides, a fantastic entertainment lineup and, of course, our famous peach shortcake, brought to you by the Kiwanis Club of Lewiston in partnership with Singer-Bittner orchards.
"With the parade, the 'Taste-Off,' cheerleading competition, 5K run and the Peach Queen, Fuzz and Blossom contests, there is truly something for everybody."
Speaking of things peachy, visitors to this year's festival can again look forward to the "best of" Niagara County's finest, with more than 12,000 pounds of freshly picked peaches provided by Jim Bittner of Bittner-Singer Orchards in Appleton.
"They are the freshest - probably closest to the tree - peach we could get without having to pull it off the tree ourselves," said Kiwanis organizer Dean Beltrano, who spoke highly of the club's involvement over the past 13 years with the local producer
"It's a great partnership," Bittner said. "These peaches will probably be picked Monday or Tuesday before the Peach Festival. They'll be peeled on Wednesday, and be here on Friday at noontime for the peach shortcakes through Friday, Saturday and Sunday.
"I have guaranteed to the Kiwanis Club that they won't run out of peaches, so we'll bring down about 11 or 12,000 pounds. ... But I have always some in reserve, so if it's a real good weekend they won't run out of peach shortcake."
Organizers invite visitors from near and far to come and savor the experience.
The festival gets underway in earnest at 5 p.m. Friday with presentation of the U.S. and Canadian national anthems before a color guard of local first responders.
From there, it will be family fun at its finest at this multifaceted festival, with rides, foods, entertainment, peaches and field activities galore.
Peach Festival Advisory Chairman Jerry Wolfgang reported visitors can look forward to one of the largest cheerleading competitions yet, with 23 squads expected to participate. Competition gets underway at 6 p.m. on the Academy Park stage.
"Marissa Chapman, for the first time this year, has organized our cheerleading. She has 23 teams that are coming. We're going to have a full cheerleading event on Friday night," Wolfgang said.
The festival fun continues throughout the evening. Come 9 p.m., the Tim Britt Band will be on stage, leading to what Kiwanis organizers said they expect to be a spectacular fireworks display celebrating the organization's 60 years. Presented by the famous Zambelli Company of Newcastle, Pennsylvania, visitors can look forward to a wonderful experience seen throughout the park, Hastings and Kiwanis Academy Park field coordinator Gerry Gismondi said. Fireworks will be visible from anywhere in the park.
Gismondi said the fireworks will run for approximately 10 minutes, and, "We are really looking forward to that."
Come Saturday morning, the 39th annual Peach Festival 5K run kicks off at 9 a.m. on village streets. Proceeds from the USATF-certified course event go to support the Olmsted Center for Sight and Kamp Kiwanis.
Also on Saturday morning, the annual Peach Festival Parade will take over Center Street, beginning at 11 a.m. Wolfgang said the parade, led by Grand Marshall Maria Genero of WGRZ-TV Channel 2, will be one of the largest productions yet. Serving again as parade announcer will be Brandy Scrufari of "Star" 102.5-FM.
"The parade has 120 units, 11 bands. It's going to be (close to) a two-hour parade. There's going to be a lot of people on the street for this one," Wolfgang said. 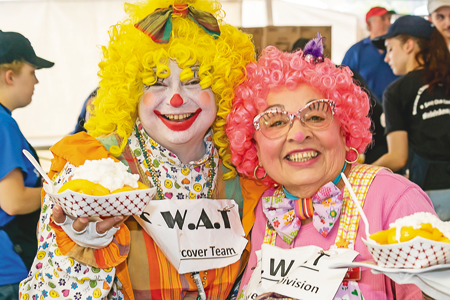 Saturday's other activities include the Peach Blossom contest, with 33 participants on stage from 2-4 p.m.; the Peach Festival shortcake eating contest and "Taste-Off" from 4-6 p.m. and a presentation of the 13 Peach Queen candidates in a semifinal fashion show from 6-7 p.m.
The legendary Terry Buchwald, of Elvis impersonation fame, will be in concert from 8-11 p.m.
On Sunday, the festival fun continues. Stage activities will include a dance showcase from noon to 3 p.m.; the Peach Fuzz competition from 4:30-5:30 p.m., with 17 contestants expected; a performance of Everyday People from 5:30-7:15 p.m.; and the always- enjoyable Peach Queen contest finals from 8-11 p.m.
Kiwanis organizers invite readers to come, spend the weekend, and experience all that this year's 60th anniversary Peach Festival has to offer.
Kiwanis also reminds visitors to pick up those advanced-sale ride tickets before they visit Academy Park. The tickets, which are on sale at locations in Erie at Niagara counties, cost $20 for a strip of 10 and offer the rider a "sweet deal" of just one ticket per ride.
"It does help the families have fun at the festival, because each of one ticket that's in a package of 10 is good for any ride at the festival," Wolfgang said. "One ticket per ride ... it's quite a good deal. Those tickets are sold in advance and available all over Niagara Falls, Lewiston the Town of Porter and Ransomville."
For details on advanced-sale locations, visit www.lewistonpeachfestival.org.
What's more, Kiwanis officials said guests don't have to fret about parking when coming to this year's festival. Greyline Tours shuttle buses will again be on hand to provide visitors courtesy rides from the Artpark upper lots to Academy Park.
Ride maps and additional information can be found on the Peach Festival website.
Above all, "This entire club looks forward to the Peach Fest every year," said incoming 2017-18 Kiwanis President Marty Pauly. "This year being our 60th, we are looking forward to great things happening."
He said all the money raised at this festival "Goes back out to Niagara County. We give out about $10,000 in scholarships every year ... divided between the winner of the Peach Queen pageant, and three students at Lewiston-Porter High School. We also support and sponsor seven student clubs in area schools, from the primary grades through college.
"That, along with all the other places that we donate to, those are the reasons why we do this Peach Fest every year."
For more information, visit www.lewistonpeachfestival.org. 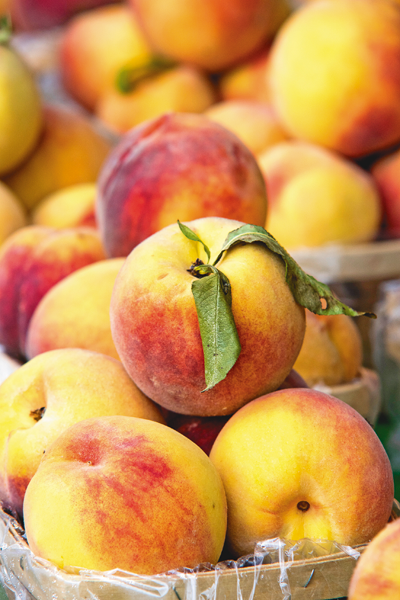