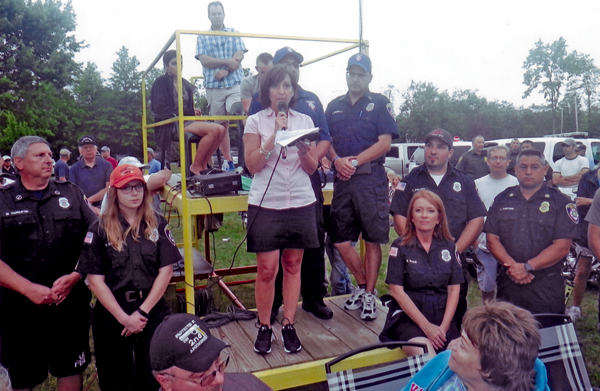 Above and Beyond: GIFC thanked by skydiver at Mesmer air show

Sat, Jul 22nd 2017 07:00 am
By Ray Pauley
Public Information Officer
Grand Island Fire Co.
Bob Mesmer welcomed a record crowd of several hundred guests to his annual air show and neighborhood picnic, which took place at the corner of Love Road and Alt Boulevard on Wednesday, July 12.
Among the many highlights, Chris Caruana wowed the spectators with stunts he performed with a 1942 Stearman plane, which was the type commonly used to train wartime military pilots. A member of the Frontier Skydiving Club also made a perfect landing on the Mesmer airfield. U.S. Border Patrol units were also on display and the Grand Island Fire Co. operated Ladder Truck No. 6, to the special delight of youngsters in attendance.
In addition, members of the GIFC received a heartfelt "Thank you" from special guest Sherry Schupp, sister of Jeff Antoncich, a skydiver who received lifesaving advanced life support treatment when he was critically injured during a bad landing at last year's Mesmer air show July 13, 2016. Antoncich was also on hand to express his deep gratitude and continues to improve throughout a lengthy process of rehabilitation.
The Mesmer family thanked everyone who pitched in to make this a memorable occasion. 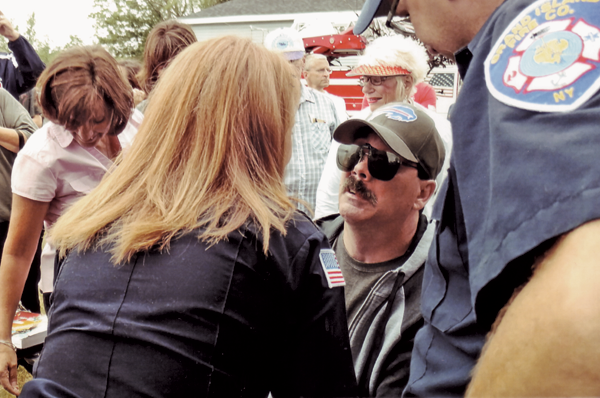