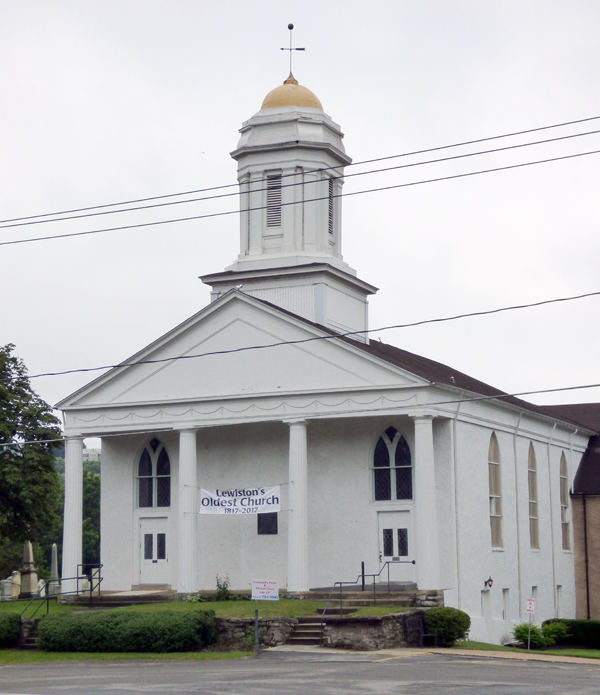 Sat, Jul 15th 2017 09:00 am
Lewiston community invited to celebrate
By David Yarger
On Center Street in Lewiston, historic buildings and figures can be seen from left to right. One of the most historic buildings, though, can be found by turning down South Fifth Street and heading to 505 Cayuga St.
The First Presbyterian Church of Lewiston is welcoming the community to join in a celebration of its 200th anniversary on Sunday, July 16. The event will have worship service outside the church at 11:15 a.m., followed by a community picnic from 12:30-3 p.m., and free tours of the church from 1-3 p.m.
A tour will highlight the historic features of the church, such as red chairs and an organ from the 1800s, original windows, the first Bible in the church (purchased in 1810 for $9) and the vast amount of expansions that have occurred over 200 years.
Chairwoman for the event, Terri Brown, said everyone is welcome to attend.
"We're inviting the community, so anybody in the area - even the churches that spun off from this - we've invited those members to come and join us," she said. Brown explained the gathering is a way for people who might've left the church to come back and get reacquainted.
Lifetime member and current office administrator Louise Wasko said, "We've been a community church for, truly, the past 200 years. We feel the community is part of our family, of the church family, and were hoping people will know we are here, and that we are still a very active congregation."
The Rev. Dr. Elizabeth Morgan said she is hoping to see new faces in the community attend the services.
"I'm really looking forward to having people who don't normally worship with us just come and join us for that service," Morgan said. "First and foremost, we are about serving God, and we've been doing that for the past two centuries. So, we're privileged to be able to continue that tradition."
Morgan said she hopes the event will be a place of welcome and hospitality for those who attend.
Arline Gidlow, who wrote a history on the church, said the First Presbyterian Society of Lewiston was formed in 1817 by a group of five people: Aaron Child, Lucy Child, John Robinson, Elizabeth Robinson and Polly Huggins. The congregation held services in member homes, as well as on the Tuscarora Indian Reservation.
The cornerstone was purchased and laid by Robert Nichols in 1830, and construction took five years to complete. Nichols passed away in 1834 - his was the church's first funeral - before the construction was completed.
In 1844, the church was auctioned off at the Frontier House and bought for $100. It was then sold back to the congregation for $101, shortly thereafter.
The Tryon brothers also used the church as a stop on the Underground Railroad during the time of slavery. As a site on the railroad, the church would light up its cupola to instruct those in Canada that slaves would be coming to shore.
The congregation took a strong stance against slavery, and the first antislavery meeting was held in the church in 1855. Today, a monument stands outside the church showing a message and map related to Underground Railroad activity.
By the start of the 1900s, the church needed to grow, due to increased membership.
"They needed the expansion," Brown said. "Membership was growing, young families were coming back into Lewiston, homes were being built, and Lewiston started booming. There were a lot of people coming back."
In 1917, the church celebrated its 100th anniversary by holding services, dinner and a reception.
By the 1960s, the church group was up to 1,500 members and more expansion occurred, including the still-existing nursery school, built in 1966.
Throughout the years, the church has built a reputation for being a mission-based organization. Along with its role in the Underground Railroad, church members looked out for those affected by Love Canal in the '70s. 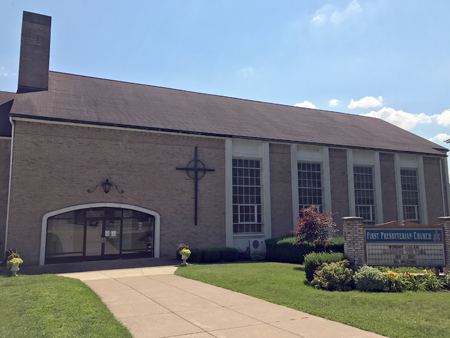 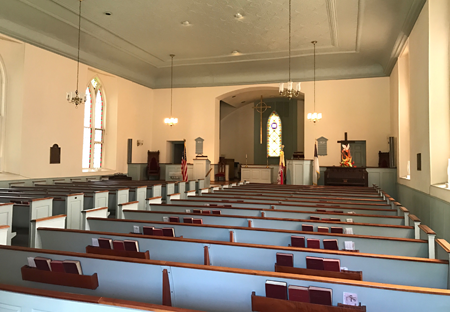 In order to help those in the community, HART Interfaith, also known as Home Assistance Referral Team, debuted. Today, HART is a nonprofit group that helps people in need of services, by sending caregivers to their homes. This way, each person receiving care can remain in the comfort of his or her own home.
Brown attested to the church's goal to be "a mission-based church." She said, "We have our rummage sales; we have Operation Christmas, which is a huge thing for members of our church. We fill shoeboxes for kids all over the world; we do a lot for the underprivileged - those in need. We always have - since the days of Josiah Tryon helping the slaves, right to today helping domestic violence victims."
Brown said that, when a person needs something, there's no questions asked. And if somebody needs something done, church members will help out, or get materials together for that person.
Wasko said, "We are still very mission-orientated. We do a lot of world mission projects. We help a lot of local missions. So, in that extent, we are still very much mission-minded."
Wasko noted the amount the church donates shows where its members' hearts truly are today.
Morgan said the church's mission is looking for ways to offer people breaks.
"We seek to try to offer opportunities where people can, even in the crazy world we live in, find a sense of belonging, meaning and purpose for their lives. That's pretty much what our ministry is about: serving God and serving others," she said.
Going forward, Brown said she believes people who may have stopped coming to the historic Lewiston church will find their way back again.
"It's a season of life," she said. "You start off at church when you're born; you get baptized and you might come with your parents. But, as you get older, you may get involved in sports or other things. Your parents stop coming, because they're going to your sports games or something. So, people stop coming for a while.
"We're kind of hoping maybe those people whose children 'that no longer need them' may find that they want to come back to church."
Brown said the fact that a person was baptized at the church or that someone is from the area will often be enticement to come back.
She stressed the congregation welcomes anybody and the message is straightforward.
"We're a very friendly group," Brown said. "We welcome anybody. It doesn't matter what denomination you may have been at one time. You'll get a very inspiring message from our pastor. ... She really inspires when she speaks to you, and we have so much more to offer than just worship service."
Brown listed fellowship times, interactive Bible study classes, Sunday schooling and various groups within the congregation as activities and events for others to participate in at the church. She said the congregation is always open to hearing new ideas.
Having been around for 200 years - and counting - First Presbyterian Church of Lewiston has special meaning for residents and brings much to the community. Brown said she believes the longevity of the church speaks volumes.
"I think our mere presence, being here, sustaining ourselves for as long as we have for 200 years, in a day and age where churches are merging and closing, (says a lot)," she said. "I think for us to sustain 200 years - we grew and declined, grew and declined - that in itself says something."
Brown noted the church receives support from people in and out of the community, and said she believes the church has helped shape the religious institutions in the area. Her church's congregation was the first in Lewiston, and spurred the development of others.
"Being the original, and seeing that growth, is wonderful," she said.
Wasko said she hopes the community views the church as a foundational piece.
"I'd hope that they'd consider us as part of a cornerstone of the community, being that we were the first church here in Lewiston," she said.
Morgan agreed. She said the church is an important part to the historical richness of the Lewiston community.
"I think this church is an integral part of the identity of the Village of Lewiston," she said. "We are the oldest church, we played a huge role in the Underground Railroad, and that is something which continues to need to be celebrated and remembered as part of the historical identity."
Morgan said she hopes the community doesn't see the church just as a historical object or monument, but as a place where God's word is still alive and meaningful to all who will enter.
Along with the gathering on July 16, the 200th anniversary will also be celebrated Saturday, Sept. 9, during the Niagara County Peach Festival parade; and then again on Oct. 21 with a choral concert featuring other church groups in the area, and a chicken barbecue.
Categories
NFP Our Fave Photo Sentinel Sentinel HP Feature Picture