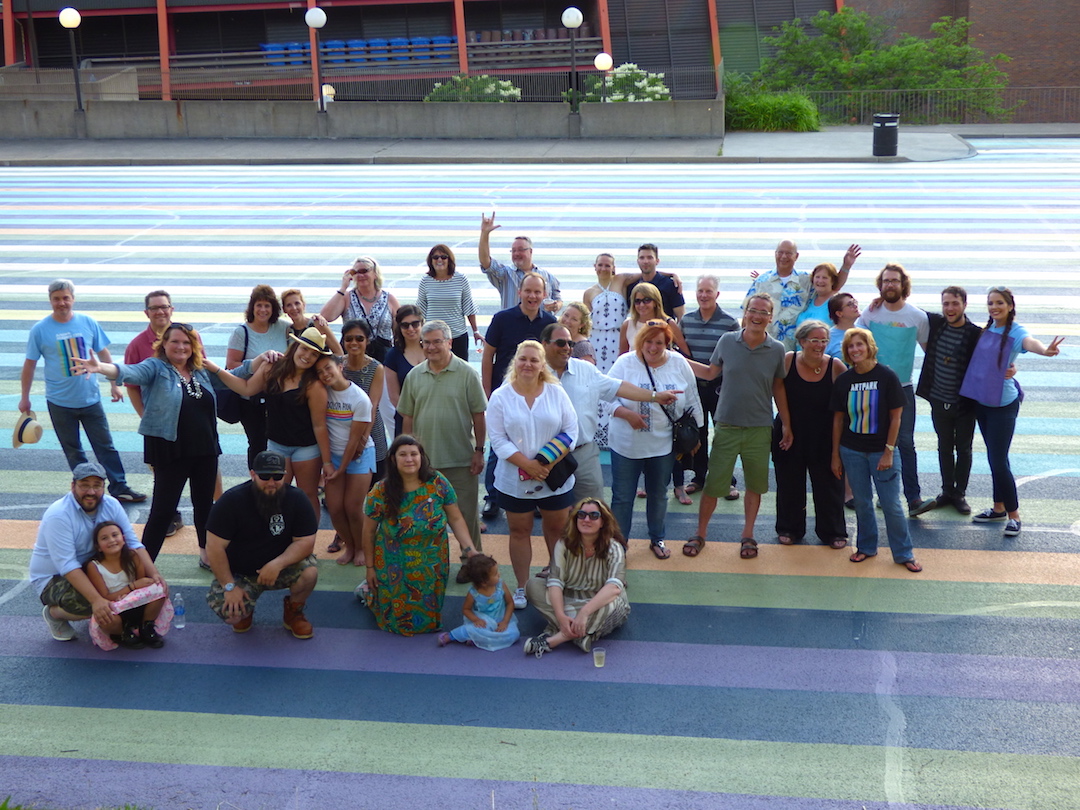 Now it's a party.

by jmaloni
Fri, Jun 16th 2017 09:50 pm
Artpark & Company hosted a reception Friday to thank sponsors and artists responsible for the recreated "Niagara 1979," also known as the late Gene Davis' "Painted Parking Lot."
As part of the festivities, a color run was held, with nine runners representing each of the nine colors in the parking lot. Light blue was the winner.
Special commemorative T-shirts with the lot design were sold, and the Great Foodini food truck served guests. Attendees posed for photos, many of them even laying on one of the color stripes.
"Niagara 1979" was re-installed following a successful $20,000 Kickstarter crowdfunding campaign.
(Photos by Joshua Maloni) 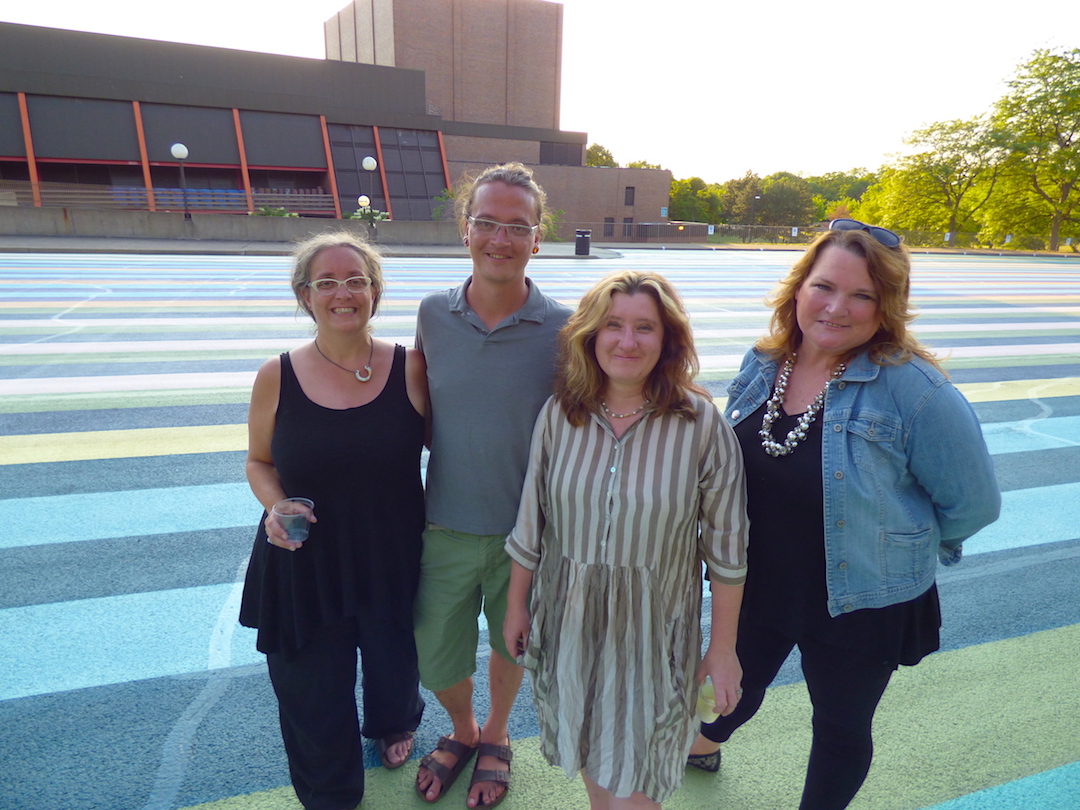 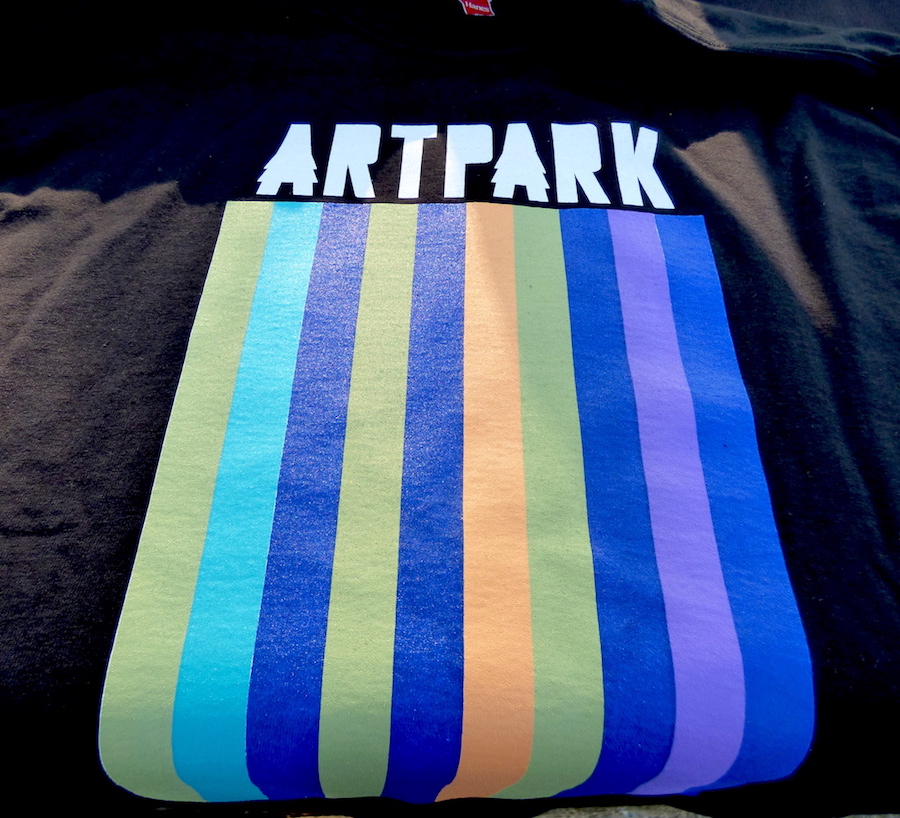 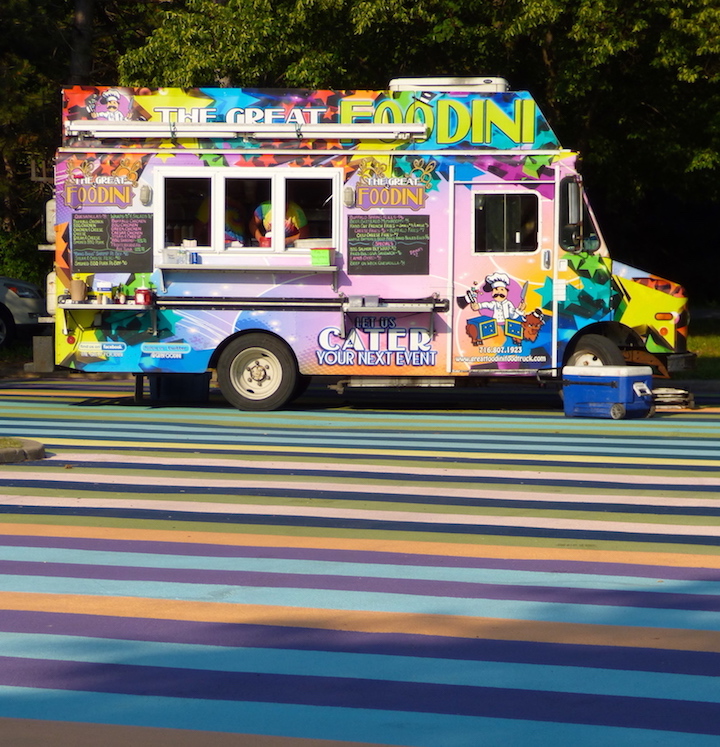 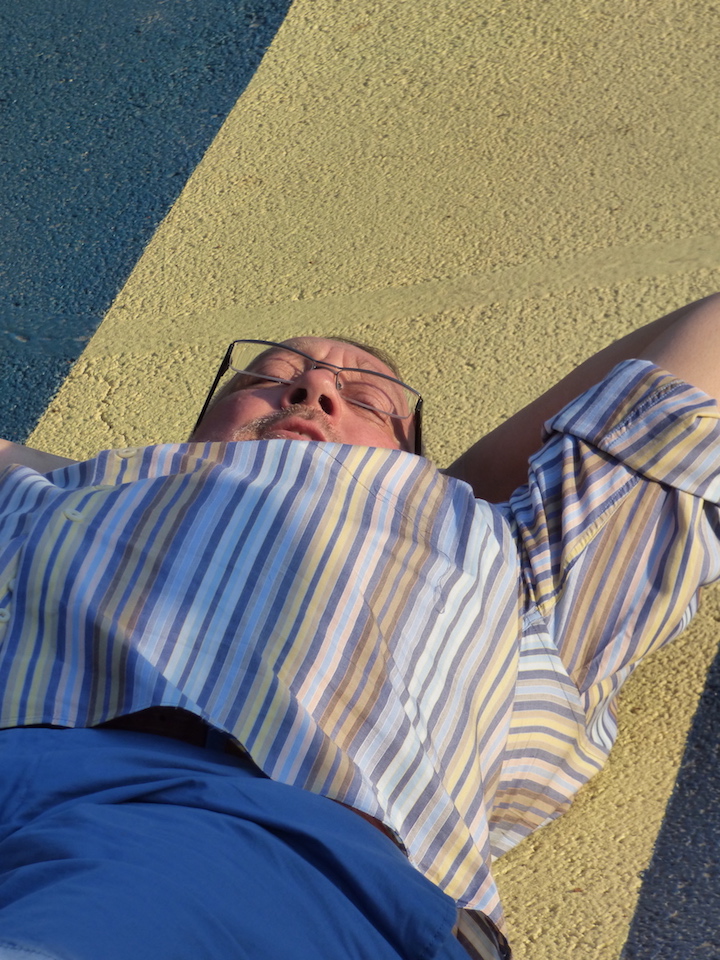 Fred Blue is somewhere in those stripes. 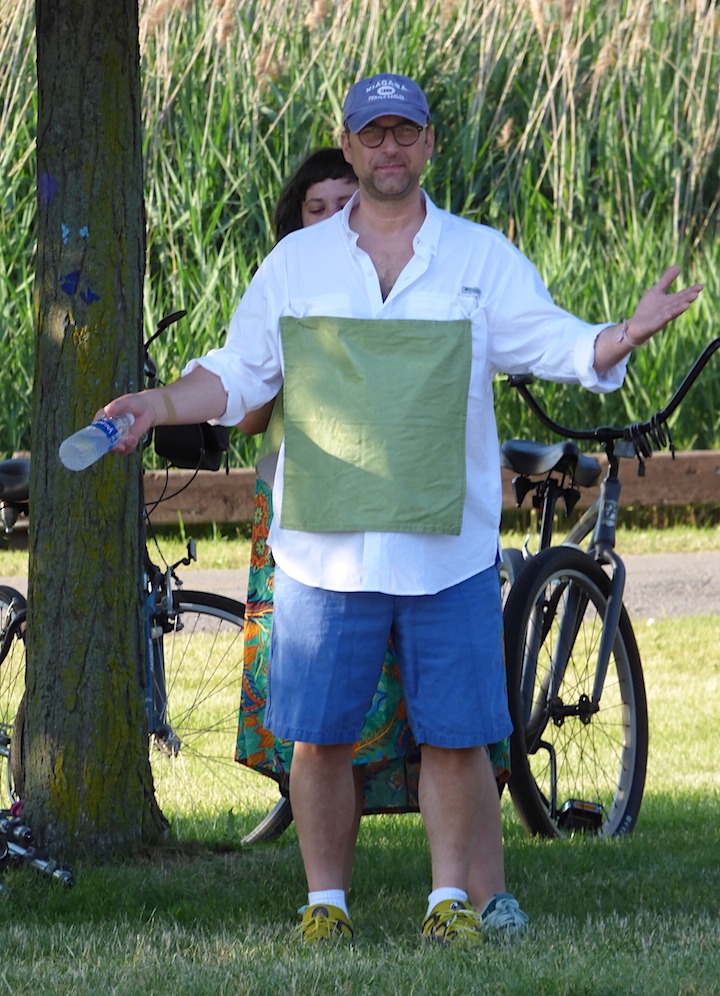 Tanis Winslow helps Michael Beam gear up for the race. 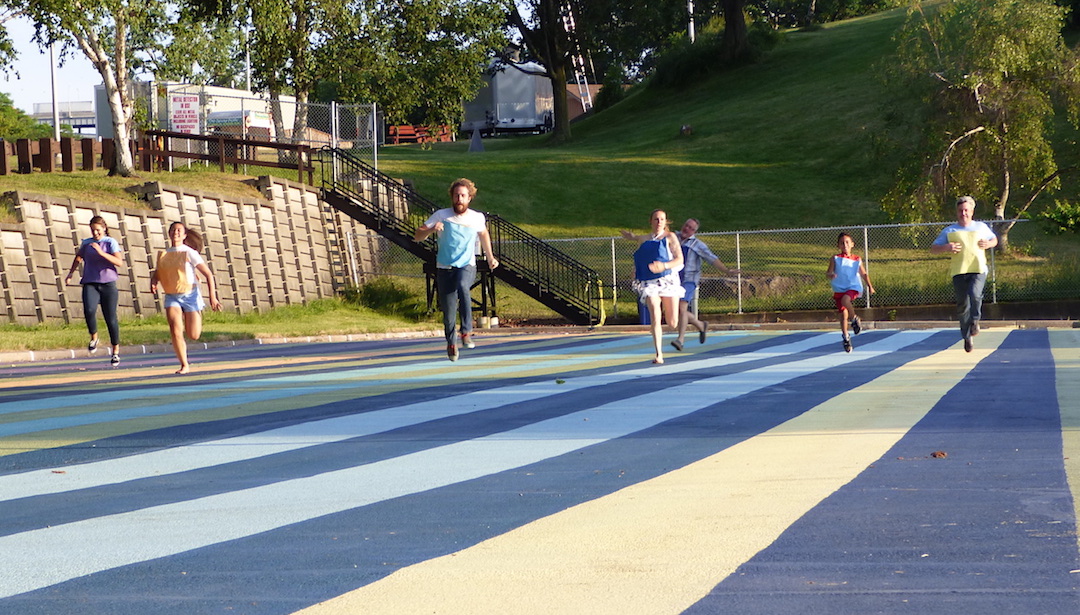 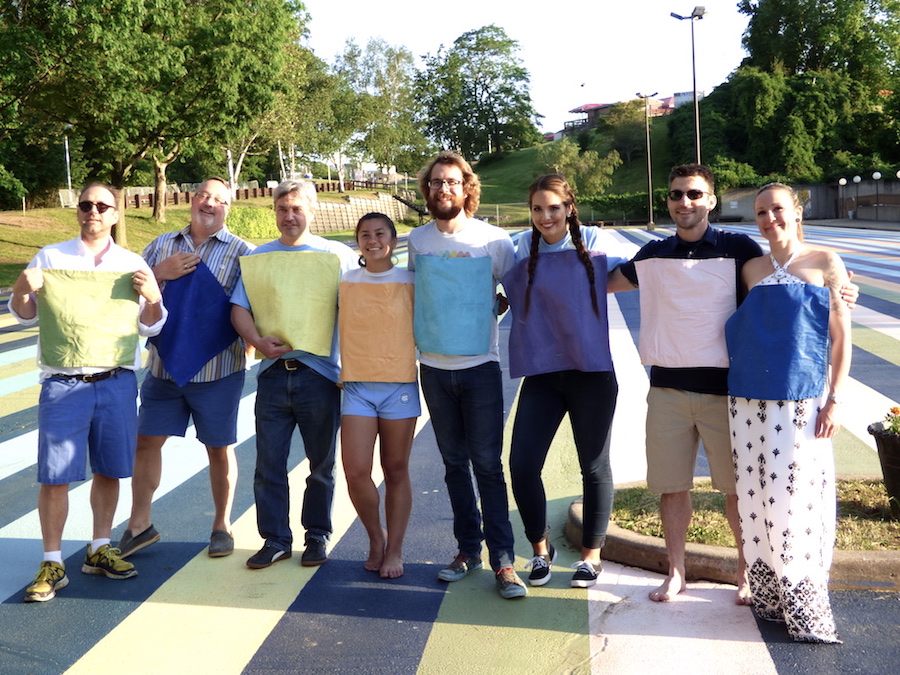 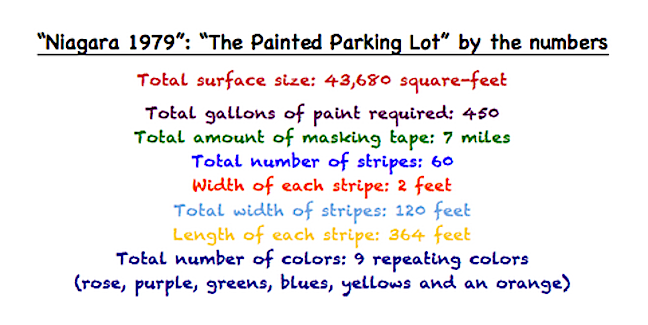