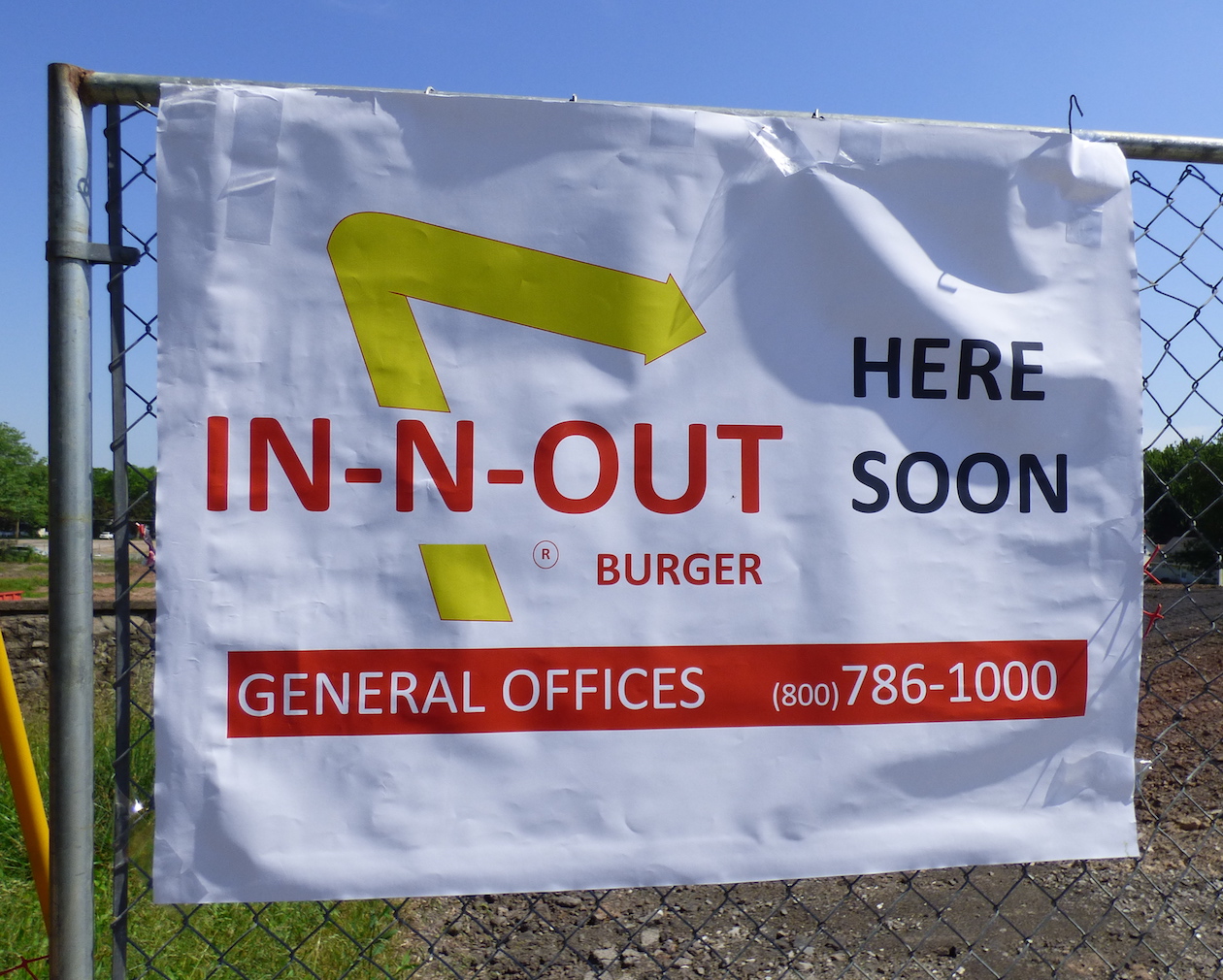 No, In-N-Out is not coming to Lewiston

by jmaloni
Sat, Jun 10th 2017 11:45 am
By Joshua Maloni
Managing Editor
In-N-Out Burger fans, don't get your hopes up: The sign in Lewiston is bogus.
A notice placed on the fence of the to-be-constructed Ellicott Development plaza on Center Street reads "In-N-Out Burger Here Soon," and lists a corporate telephone number.
On Saturday, an In-N-Out Burger employee said, "Unfortunately, that's a prank. Not from our behalf. But we've been getting calls about this."
The person added, "We've had this conversation with corporate earlier this year. We're not expanding to New York in the next five years or so.
"It's very unfortunate, but it is a prank. It is false."
The plaza is expected to have two restaurants when it's completed, including one fast-food chain. Ellicott Development has not yet identified its tenants.
No reply has been received to an email sent to the company on Saturday. (UPDATE: In an email sent June 19, Ellicott Development CEO William Paladino said he had no news to report in terms of tenants).
In-N-Out Burger currently has restaurants in Arizona, California, Nevada, Oregon, Texas and Utah.
A fake sign promising a Chick-fil-A in Sanborn made news earlier this month.
UPDATE: The Lewiston sign was removed as of late Saturday afternoon.
Categories
NFP Sentinel Top News Features