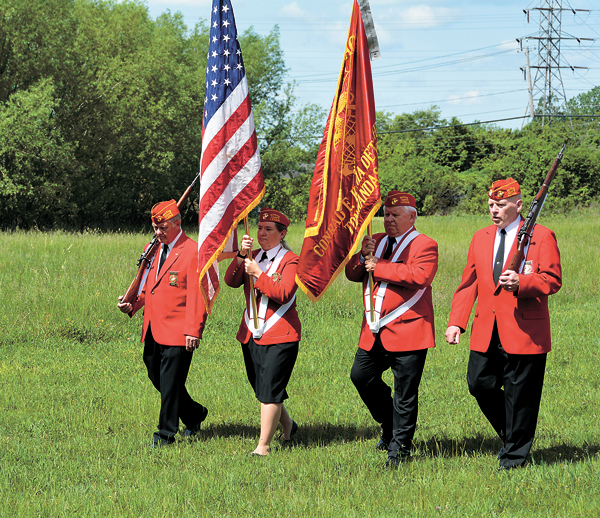 Fri, May 26th 2017 04:30 pm
This Memorial Day weekend, community members will come together across the U.S. to honor those who gave their lives for their country. Listed below are local events scheduled for the Town of Niagara, the Town of Wheatfield and the City of North Tonawanda.
Town of Niagara
The Town of Niagara Lions and Lioness Clubs will host the annual Memorial Day ceremony at 11 a.m. Monday, May 29, at the Witmer Cemetery, 4700 Witmer Road.
The ceremony will include the placing of a memorial wreath next to the monument by the presidents of the Lions and Lioness clubs and the Fredrick Cadille Post of the American Legion. The flag ceremony will be conducted by Boy Scouts from Troop 841, St. John de LaSalle Church. The color guard will be provided by the Conrad F. Kania Detachment of the Marine Corps League. The Marine Corps League will also perform a live gun salute and the playing of taps to honor all those who gave their lives in service for the U.S.
Girl Scouts from Troop 70165, Elks Lodge, will perform "America the Beautiful." The Rev. Ron Maines of Forestview Church of God will offer opening and closing prayers. Master Sgt. Robert Browngriffin of the U.S. Air Force will serve as the guest speaker at the event.
Town of Wheatfield
American Legion Post No.1451 will host a Memorial Day service at 11 a.m. Monday, May 29, at the Wheatfield Highway Department garage at 6860 Ward Road. Local elected officials will speak at the ceremony, which will include anthem tributes to all branches of the U. S. Armed Services (including the Merchant Marine) and a wreath-laying event at the legion post and by the Wheatfield Lions Club.
"Considering the ultimate sacrifice made by over 1,000,000 American patriots, at least once per year we must show our appreciation to the families of those who passed in service, as well as the millions of veterans who served their country so well, and came home to make America a better place for all," Town of Wheatfield Supervisor Robert B. Cliffe said. "This is one important chance to say, 'Thank you.' "
Following the service, the public is invited to have chowder, hot dogs, pop and pies at the legion post at 6525 Ward Road.
The public is also encouraged to bring worn or tattered flags to the event to be honorably retired by the legion.
North Tonawanda
City of North Tonawanda Mayor Arthur G. Pappas, along with members of the United Veterans' Council of the Tonawandas, invites the public to annual Memorial Day events.
The "Service at Sea" ceremony will be conducted at noon Sunday, May 28, at the Renaissance Bridge (near the intersection of Webster and Sweeney streets). The Twin Cities Memorial Day parade will follow, beginning on Clinton and Morgan streets in the City of Tonawanda. The parade will proceed to Broad and Bouck streets and will culminate at the All Hero's Monument, located behind Tonawanda City Hall.
This year's early-morning cannon salute to the five branches of the armed forces has been cancelled.
Categories
NFP Tribune Tribune feature Tribune HP Feature Picture