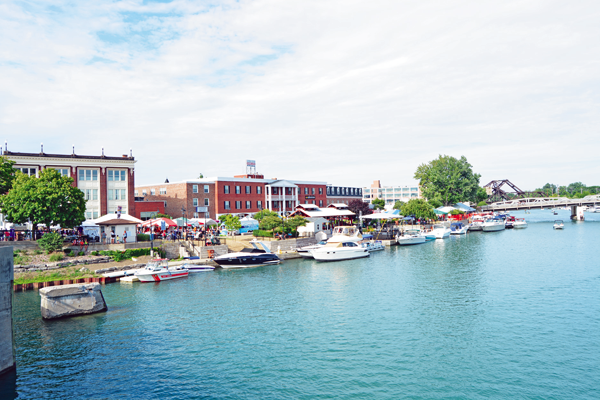 Shown is a view of the bustling Gateway Harbor last summer.

Fri, May 19th 2017 04:25 pm
By Lauren Zaepfel
Tribune Editor
Owners and staff of North Tonawanda's local businesses and galleries are coming together to host a new monthly tradition in their community known as "NT Second Thursday."
" 'NT Second Thursday' is an effort to have local businesses, art galleries and museums in North Tonawanda open on the same night - every second Thursday of the month," said Natalie Brown, owner of Project 308 Gallery and a volunteer at the Carnegie Art Center.
The monthly initiative, driven by staff and volunteers at the Carnegie Art Center, began in February.
"Each participating venue will offer either free programming, a deal or sale or something special to celebrate 'Second Thursday,' " Brown said. "We hope this will encourage NT natives and out-of-town visitors to be able to go out on a Thursday night with a night full of fun."
So far, "We've had a lot of interest from the businesses and organizations to participate and also from the community," said Jennifer Kursten, program coordinator at Carnegie Art Center. "Members of the community, visitors to the Carnegie, when they hear about the 'NT Second Thursday,' they're very interested. We get a lot of visitors that aren't from the area in, so they don't really know what's going on in NT. They don't realize how much we have to offer."
Brown said, each month, Carnegie Art Center staff "ask returning businesses to let them know when they'll be open and if they'll be offering a deal or special program on 'Second Thursday.' The Carnegie staff makes a Facebook event page and lists all the participating venues for that month. The Carnegie staff also reaches out to new businesses to recruit new venues for the event."
"Whatever's going on at the event at that time would be advertised," Kursten said. 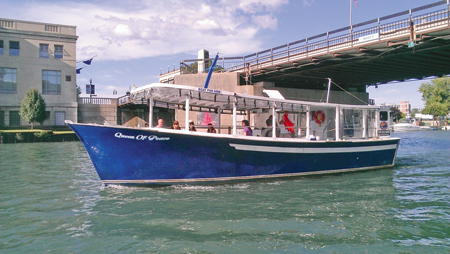 Niagara River Cruises takes visitors for a ride. (Photo courtesy of Niagara River Cruises)
For instance, she said, if the Riviera Theatre is scheduled to show a movie that night, she would be able to publish the information and details about the event on that specific "NT Second Thursday" event's Facebook page.
"And so each venue comes up with their own event for the evening or maybe it's just a matter of ... an open house for the evening," Kursten said.
In addition to the Facebook event pages, "We're working on developing a webpage on the Carnegie website," she said.
A main goal of "NT Second Thursday" is to raise awareness of what the community has to offer, Kursten said.
"The Carnegie is a not-for-profit and as a sole organization you can only do so much. But if we work all as a team with the businesses, it makes us stronger and gives us more exposure and it's easier to pass the word along," she said.
Brown said, "We are always trying to think of new and exciting programming to enhance the NT community and cultural sector. We've found that this happens best when various businesses and galleries collaborate on events and initiatives."
Some of the local nonprofits and businesses that have already participated in "NT Second Thursday" events include the Herschell Carrousel Factory Museum, Michele's Motif, Platter's Chocolate, Hip Gypsy and many other local establishments.
One attraction that has recently jumped on board for 'NT Second Thursday' is a new history cruise to begin in June along the Erie Canal in the Gateway Harbor area.
Offered by Niagara River Cruises, the tour will allow visitors to take a ride on a boat along the North Tonawanda shore, as well as the Tonawanda shore and ride out into part of the Niagara River.
Barbara Hughes, owner of Webster's Bistro & Bar, has been rallying support for "NT Second Thursday."
She was able to help coordinate both the historical society and Niagara River Cruises for the new historical cruise offering.
She said, for those visiting the Tonawandas, "we wanted to give them an opportunity to experience the canal."
To complement the cruise, tour guides from the Historical Society of the Tonawandas will share stories and trivia regarding the history of the Gateway Harbor area, providing those on board "a very narrated experience of the history and points of interest from the perspective of the water," said Robin Hoch, president and business partner of Niagara River Cruises.
She added, the ride can provide people with "an opportunity to maybe visit some of the area and (sites) that are pointed out."
President of the Historical Society of the Tonawandas Alice Roth said, "The more people that know about the history of the Tonawandas, the better off we all are. And I think it makes the boat tour that much more interesting."
Roth said the Gateway Harbor area was "the center for the development of the future of the Tonawandas."
She said topics to be discussed on the tour include the former lumber business, industrial development, bridges, mills, business and other components of the Tonawandas' history.
Brochures about the historic sites will also be provided.
"We thought a visual would be nice and it would also be a nice history lesson to go back and review what you've taken on the tour," Roth said.
Cruises will depart around 6 p.m. from 184 Sweeney St., directly in front of the trail bridge on the canal, and return to shore at about 7:15 p.m.
For more information on the cruise, visit www.niagararivercruises.us/events/.
To find out more about upcoming "NT Second Thursday" events, visit the Carnegie Facebook page. 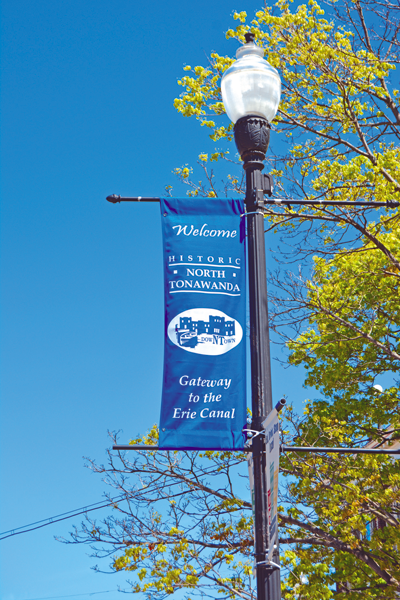