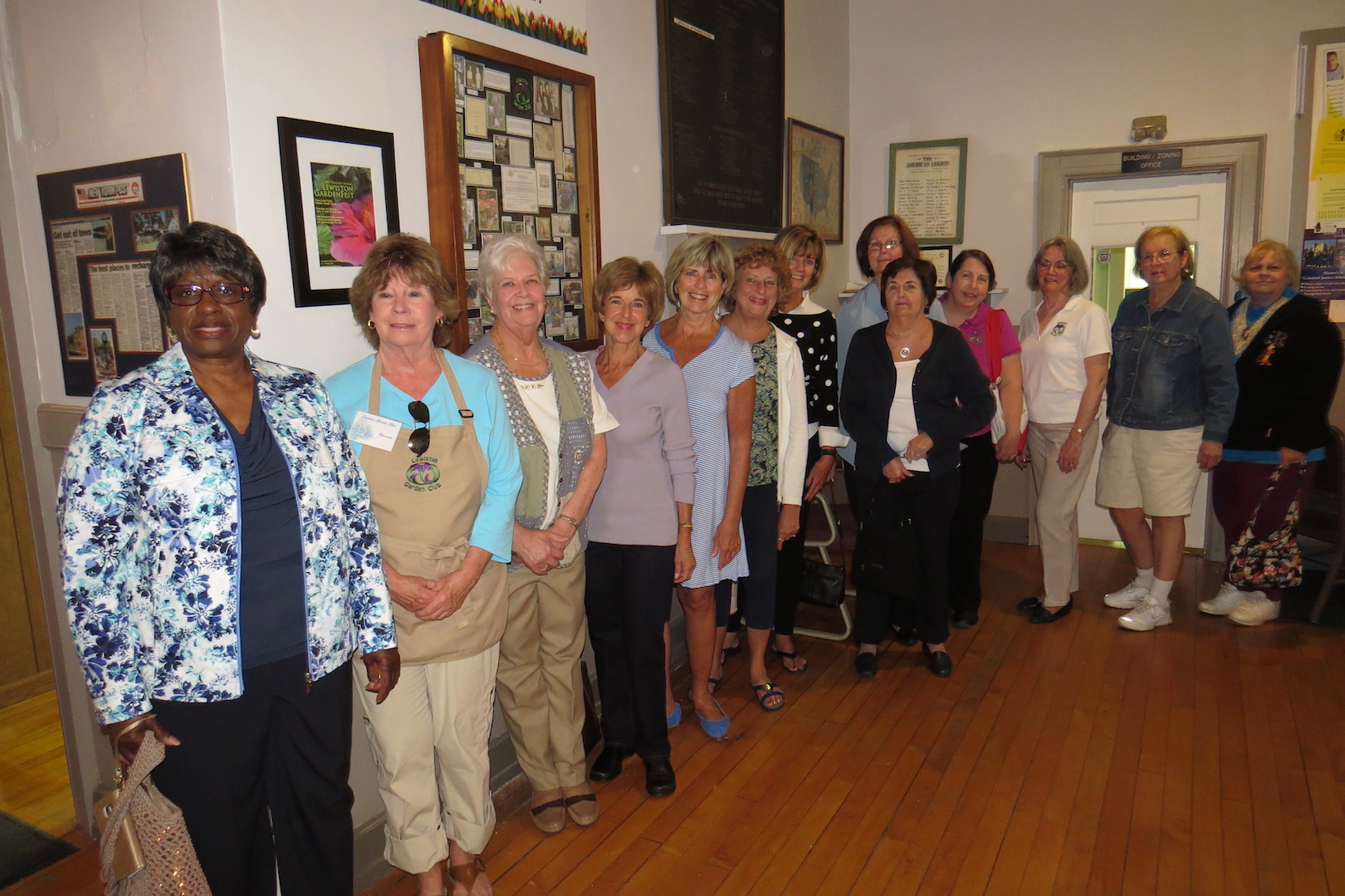 Members of the Lewiston Garden Club.

by jmaloni
Tue, May 16th 2017 02:30 pm
Trustees in the Village of Lewiston dedicated a sign and picture board to the Lewiston Garden Club on Monday. In 2017, the organization turns 90.
Deputy Mayor Bruce Sutherland organized the event, with the assistance of club members Marianne Gittermann and Pam Hauth.
"We all appreciate what you do for the Village of Lewiston," he said. "You make the Village of Lewiston beautiful. We really appreciate it - everyone appreciates it."
"I congratulate you ladies and men that work in the Garden Club," Mayor Terry Collesano said. "It's a great organization."
"I would like to thank the ladies in the Garden Club, and the Village (Board), because I think we help each other out," Gittermann said.
The sign and picture board are located just outside of the mayor's office, inside the Red Brick Municipal Building at 145 N. Fourth St.
Following the dedication, a ceremonial cake was cut. (Photos by Joshua Maloni) 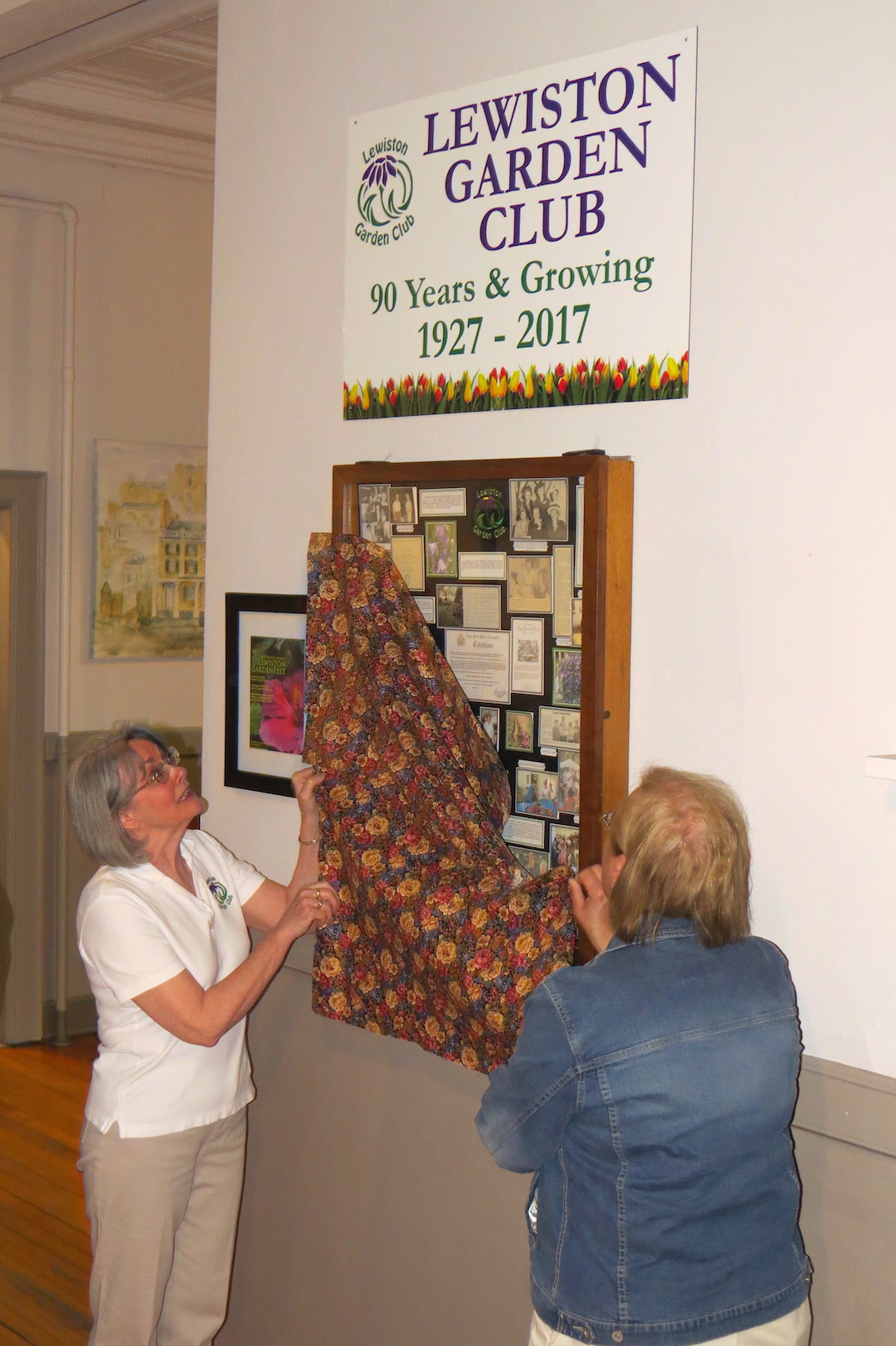 Hauth and Gittermann unveil the display. 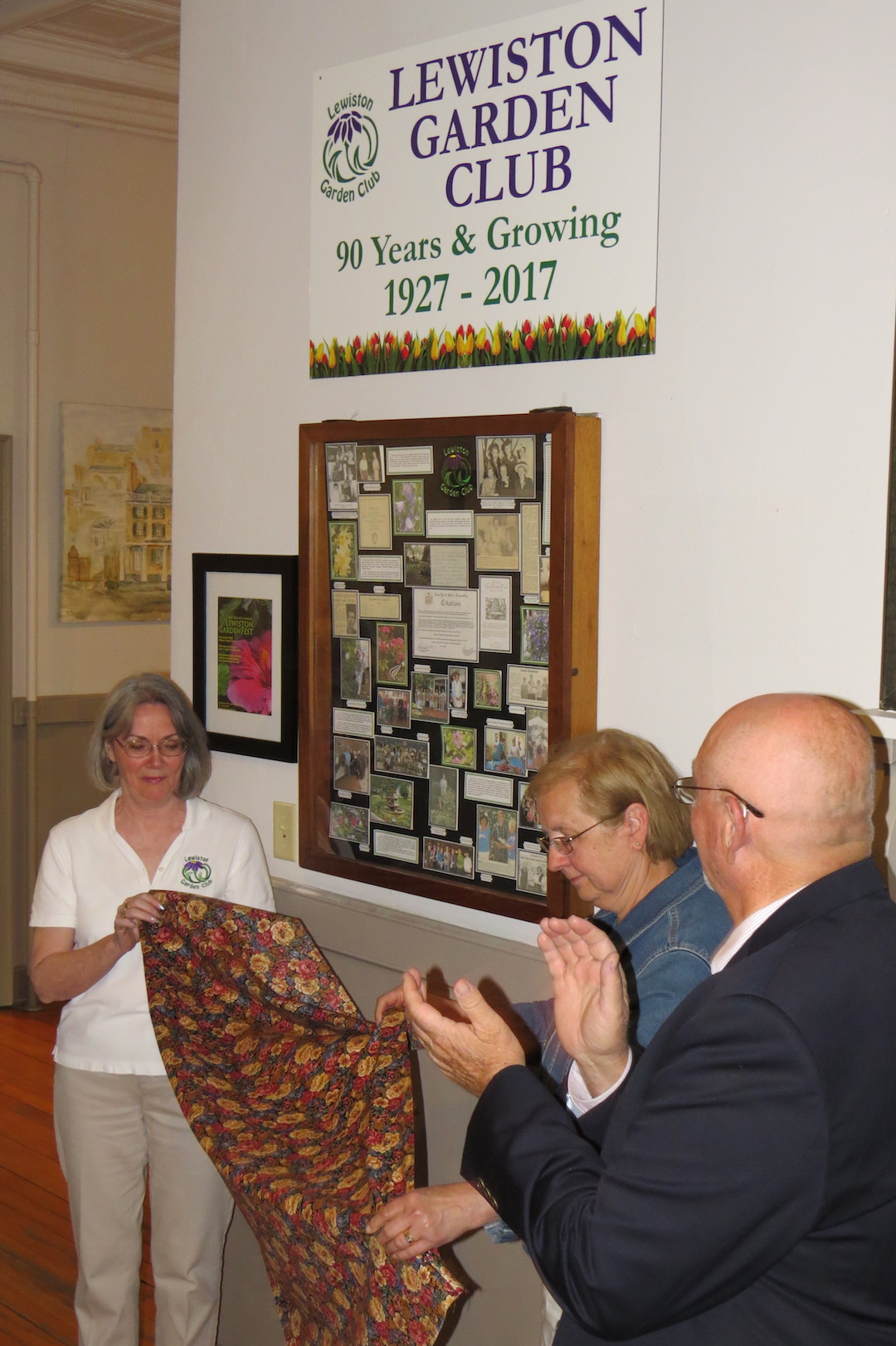 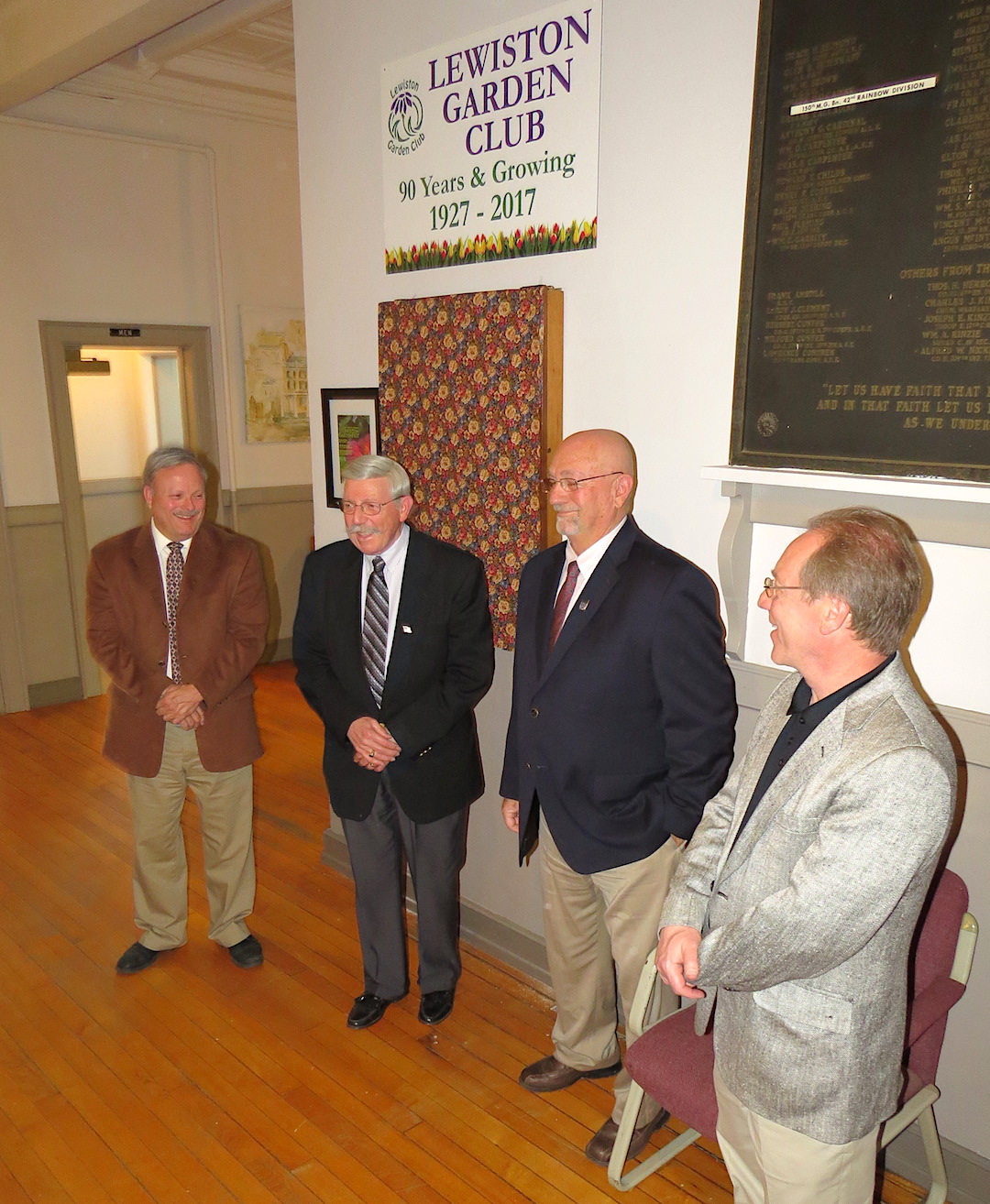 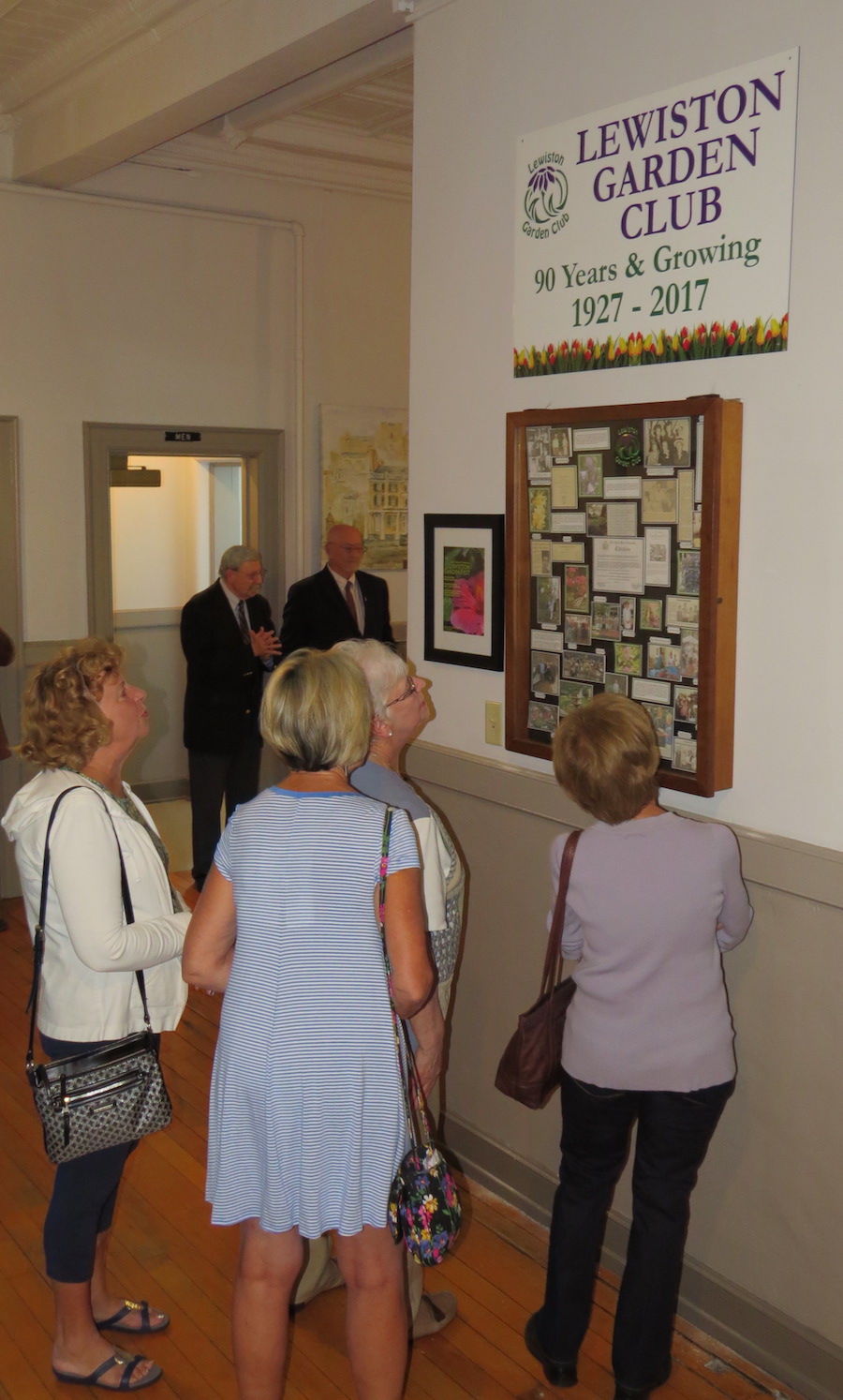 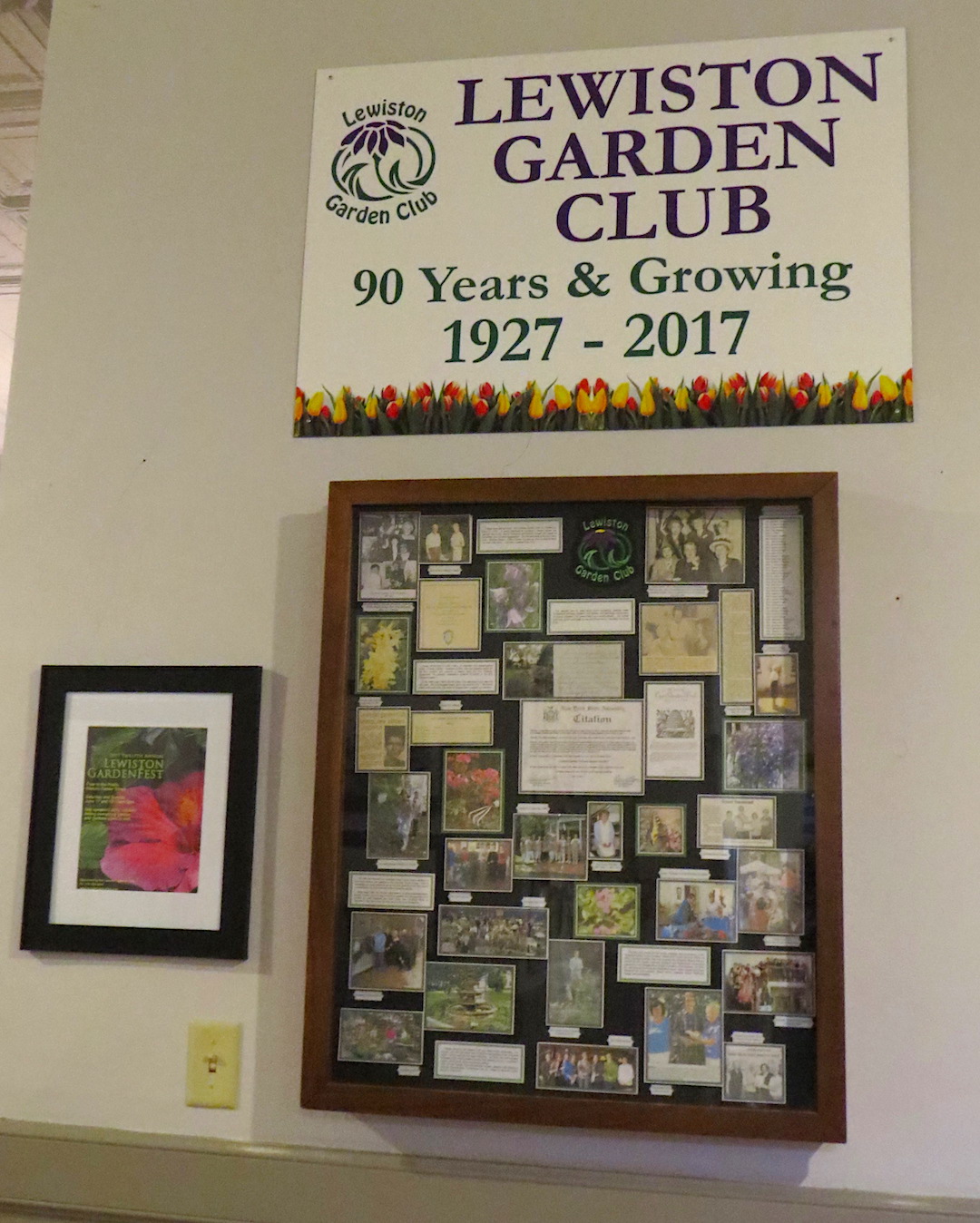 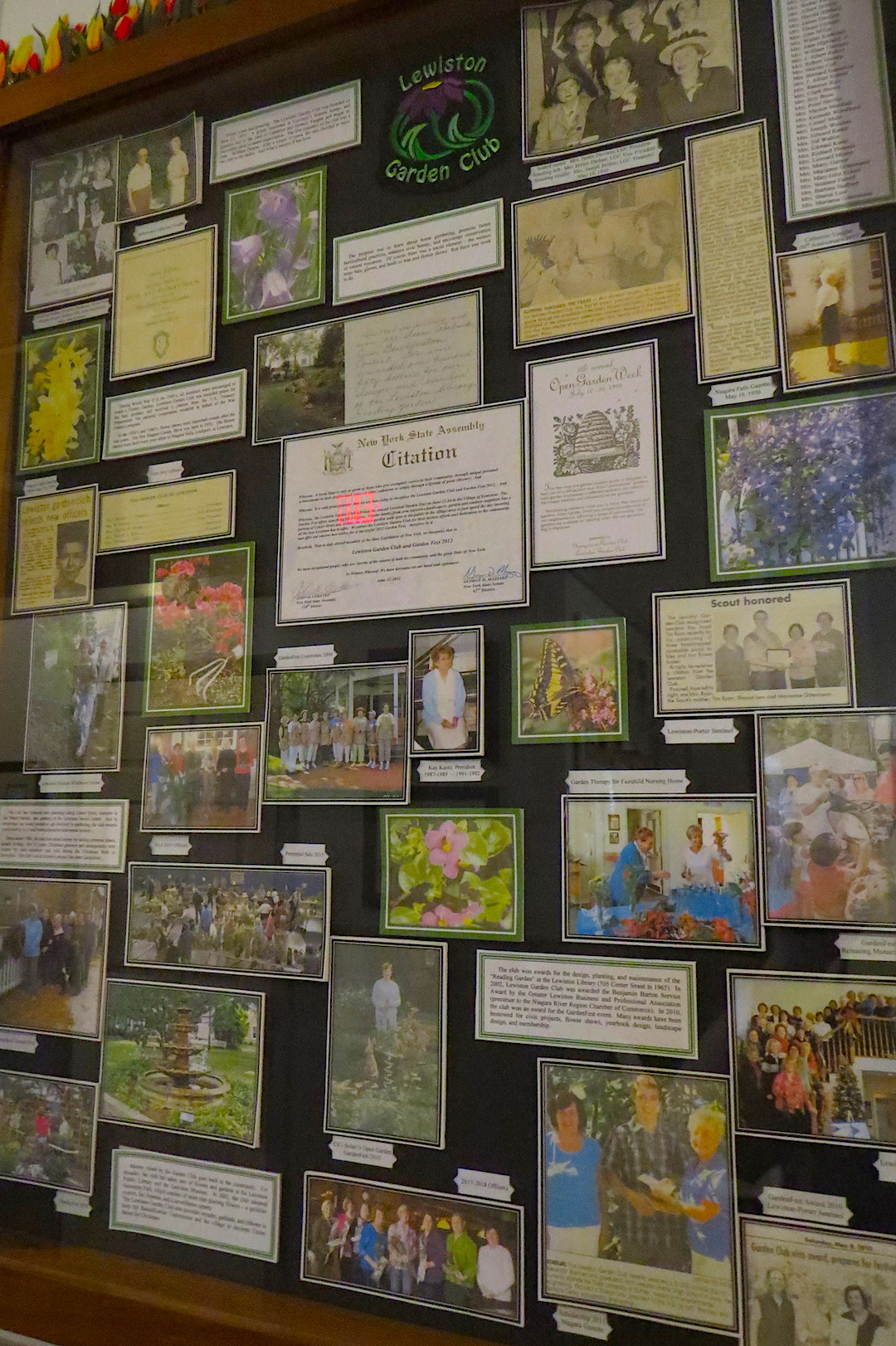 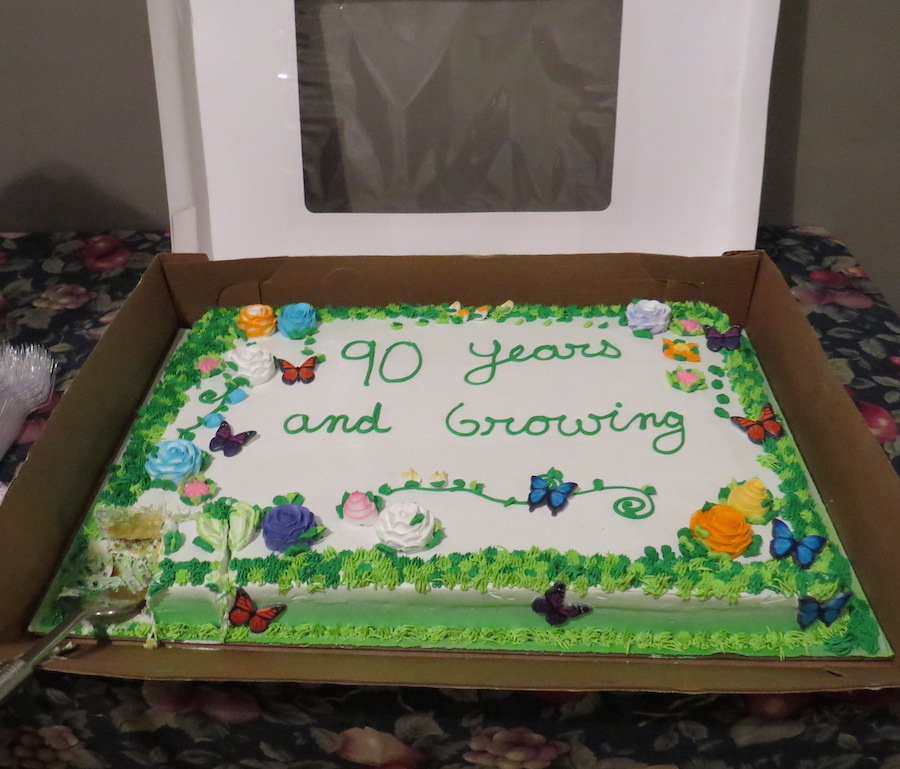