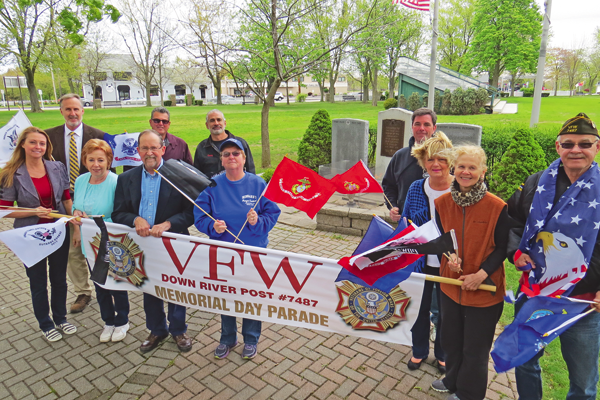 Sat, May 13th 2017 10:00 am
Remembrance ceremony to include induction ceremony and Scout participation; luncheon to be held in 400-person Academy Park tent
By Joshua Maloni
Managing Editor
When the Village of Lewiston's annual Memorial Day parade, observance and luncheon was cancelled in 2015, the Veterans of Foreign Wars, Downriver Post No. 7487, vowed to bring it back bigger and better in 2016.
Members achieved that goal, with more parade participants and floats marching down Center Street, a heftier remembrance program, and a record number of attendees - 350 - at the Lewiston Fire Co. No. 1 firehall for lunch.
Event chairman Norm Machelor said the VFW will look to build upon that success in 2017.
This year's Memorial Day program is set to begin at 11 a.m. Monday, May 29. The kickoff parade will feature two new floats for veterans - one, donated by Emery Simon, will escort them along the route; a second, donated by Deal Realty, will collect items for veterans and their families.
Of the former, wherein veterans will sit on two 16-foot church pews, Machelor said, "I'm hoping to get the oldest of our veterans, who are not members of the VFW, and there was no other venue for veterans to be in the parade."
As for the latter, Tom Deal of Deal Realty, said, "The float will be a tribute to the soldiers who have fallen, but we are going to collect clothing and nonperishable food items to be given to local veterans organizations as we march.
"Instead of handing giveaways out during the parade, Deal Realty will be picking up donations for vets along the parade route. The goal is to collect items as we walk through the parade and, hopefully, fill the float with donations for area vets.
"We will also have a tent at (Academy Park) during the Memorial Day ceremony to serve as a drop-off area, too."
In addition, Machelor said he's reached out to local first responders, asking them to bring classic rescue vehicles in lieu of traditional trucks and cars. The Tuscarora Indian Band also is expected to make its parade debut this year.
When the procession reaches Academy Park, sometime around noon, the observance will, as always, include a reading of the roll of those who lost their lives defending this country and its ideals; a wreath-laying ceremony; music; and moments of prayer and reflection.
New this year, Machelor said the VFW will induct 10 new members. In addition, "I've asked the Boy Scout troop and the Girl Scout troop to each come up with a kid who gives a two-minute talk on the meaning of Memorial Day," he said.
"The objective from the whole thing is to involve the kids in this thing so that they understand what we're doing," Machelor added.
Following the ceremony (about 1 p.m.), all guests are invited to dine together at a free luncheon inside the park. Machelor said Brett's Tent & Awning has donated a 400-person covering, as well as tables and chairs.
Machelor said the anticipated number of attendees prompted the need for a larger venue. Moreover, guests will be called up by table to curtail long lines and encourage more people to eat.
"We hated to turn away people last year," Machelor said.
The menu will include a chicken dinner and dessert.
"The Brickyard is going to donate all the food, all the servers, all the everything, at no charge," Machelor said.
"Hibbard's is donating custard - chocolate and white custard - for free, at the end of the dinner," he added.
The Memorial Day events are rain or shine. Costs were offset by the sponsors shown in the accompanying photos. 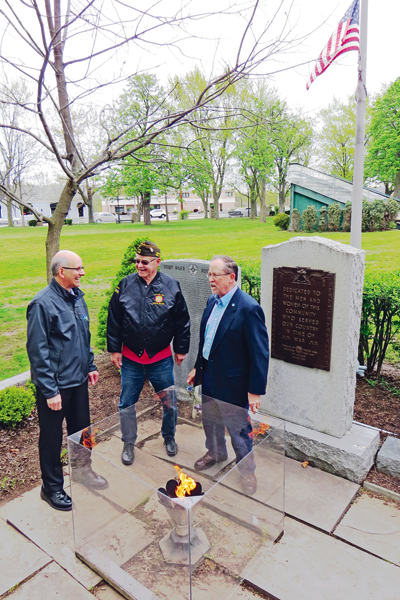