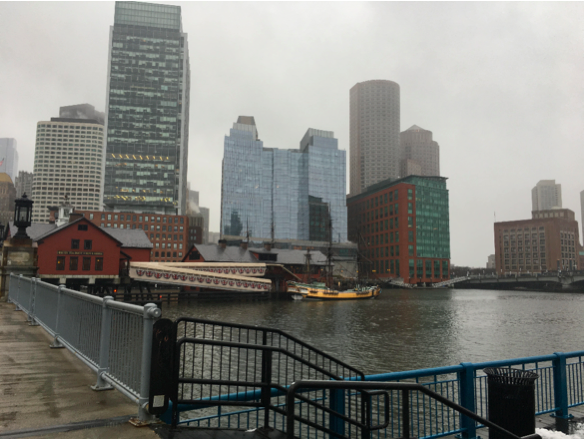 On April 15, 2013, two bombs exploded near the finish line of the Boston Marathon. The bombs were 12 seconds and 210 yards away. Three people were killed, and several hundred others were injured. Among the injured, was Jennifer Kauffman.

"My abdomen was swollen. I looked like I was pregnant and I was in excruciating pain," she said. "They were doing all sorts of tests and were having trouble pinpointing what was wrong."

She also suffered minor hearing loss, spinal injuries, a swollen abdomen, and tinnitus. These were the issues she had to overcome, along with having to live with the reality that this bombing occurred.

Kauffman told WBZ NewsRadio, "People were running. People were screaming for help. People were lying on the ground in a pool of blood. It was absolutely horrific."

It wasn't until she got away from the scene of the bombing when she realized that she was badly injured.

An article on History.com reports the Boston Marathon Bombing was an act of terrorism against the United States by two ISIS members: Tamerlan Tsarnaev and Dzhokhar Tsarnaev. Tamerlan was killed in a chase by police, and Dzhokhar was captured and eventually sentenced to death.

The bombs were two pressure-cooker bombs that the Tsarnaevs made themselves. The bombing occurred at 2:49 p.m. Afterward, the two ran from the scene, and fled to MIT where they shot and killed a campus policeman, kidnapped a man from his vehicle and stole the vehicle. The three (two brothers and the kidnapped man) drove toward Watertown, where they were spotted and pursued by the police. They engaged in a shootout with the authorities soon thereafter, where Tamerlan was killed, and two police officers were severely injured. Dzhokhar escaped the firefight, and immediately there was a manhunt on April 19.

Thousands of officers searched a 20-block radius for him in Watertown. He was eventually discovered to be hiding in a boat that was in the backyard of a Watertown resident. While in the boat, he was shot by the police and then arrested. He was taken into custody where he was interrogated about the bombing and what his plans were in the future, and he told them that they learned to build the bombs themselves, but were not connected to any outside terrorist group. He also told authorities that he and his brother had intended to go to New York City and bomb Times Square. On April 8, 2015, he was convicted of 30 charges that lead to him being sentenced to death.

Kauffman remains a part of support groups with people who were injured/impacted by the bombing, and she says they have helped her progress immensely. She says that, before the bombing, she was very physically active, and she's finally starting to get that back. She ran the marathon this year, and has had some serious time to think about the events.

She said, "I've had four years to think about that. I've now started to realize I'm here for a bigger purpose, and it's now time to go out and fulfill it."