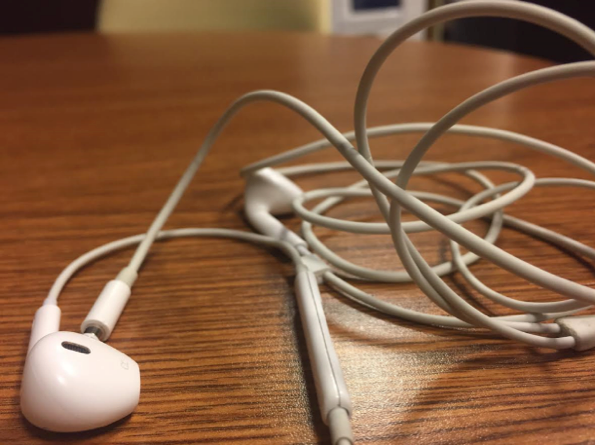 From 'Serial' to 'Up and Vanished': The trend of podcasting detectives

It all started with an intriguing piano intro, overlaid with the sound of a female automated voice saying, "This is a Global-Tel link prepaid call from Adnan Syed, an inmate at a Maryland Correctional facility. ..."

As the voice of Sarah Koenig starts talking over the familiar intro, the listener is drawn into a story that has gripped the American public since its release in 2014. When the iconic music began playing in the headphones of the American public, the world changed.

"Serial," specifically season one, is a serialized story about a young man, Adnan Syed, convicted of killing his girlfriend, and the investigation of his conviction. Koenig documents her own investigation of the Syed case through a series of 12 episodes. Her work soon became one of the top podcasts of 2014. It has remained there since its rise in popularity.

"Serial" has gripped the minds of the public, becoming increasingly popular as each episode was released. The podcast soon found itself in a unique position, as information revealed during the investigation resulted in Adnan receiving a post-conviction hearing.

The incredible popularity of the "Serial" sparked an interest in true crime stories, showing in the many imitations of the show. While many are considered lesser podcasts, one stood out.

In 2016, an editor and director named Payne Lindsey produced "Up and Vanished," an investigation into the disappearance and presumed death of Tara Grimstead. Lindsey's podcast lead to the arrests of two people in a case that went cold 12 years ago.

So why did it take the story of Adnan Sayed to spark such an interest in podcasts?

While Syed's case is admittedly interesting, it isn't anything special. It is an investigation of an old case, one that involves a potential wrongful conviction. The case isn't extraordinary, it isn't very unusual, and it isn't new. There are thousands of cases like Syed's conviction. It was a story of little physical evidence, a friend who called in a tip, and the racial undertones that colored the entire trial.

Yet, somehow, Koenig does a masterful job of engaging the listener in a world of the past. She talks to the listener, encouraging them to think and question along with her. In her own words, she isn't sure if Syed is innocent, even at the end of the podcast.

"If you ask me to swear that Adnan Syed is innocent, I couldn't do it," Koenig said in her final episode. "I nurse doubt. I don't like that I do, but I do."

When listening to the podcast, the listener is drawn into the story, feeling anger and frustration and surprise along with Koenig. She follows dead leads and expresses her feelings about the case, about Syed, and about the doubts that constantly plague her. But instead of inspiring doubt in her abilities as an investigative reporter, the doubts and fears she expresses make her relatable to the listener.

Khanh Ho, a writer for The Huffington Post, wrote it was Koenig that made "Serial" such a success. "What I came to realize is that it is the narrator — the journalist stand-in for the detective voice — that is the true element that is addictive. And in fact, it is the way that Sarah Koenig keeps asking questions, finding dead ends, following up leads that are dry."

Following Lindsey's adventure is a similar experience. He details his investigation for the listener, offering up personal details and a friendly southern experience. At one point, he uses his grandmother as a contact for the town, after asking for some more cowboy cookies. He manages to bring a spark of relatability to the story.

During the end of his podcast episodes, he does give the listener facts about his life. At one point, he announces his marriage as it would halt progress on "Up and Vanished" for a brief time.

This gives a contrast to the work of Koenig, where professional behavior is the norm despite the personal feel of parts of the podcast. As he attempts to talk to natives of the small Alabama town where Grinstead lived, the listeners get a taste of the closed community. While he investigates leads, hits dead ends, and expresses his thoughts and feelings on the case, the audience is transported to a new place and a new world.

Both narrators have the talent to engage their audience. Their influence on listeners is undeniable.  For many true crime podcasts, there is a sense of disconnect, as if the case addressed would be the same whether the podcast was produced or not. Not so with "Serial" or "Up and Vanished." Both podcasts changed the investigations of the cases they spoke about. The judge in the Tara Grimstead case mentioned the impact of the podcast on the investigation, as documented in an article by the Rolling Stone:

" 'Please know that you have had an impact, a significant role in this investigation, and I am confident that today we have reached the point where we are in this investigation because of that involvement.' While he didn't name names, everyone in that courtroom knew what he was referring to - a podcast called 'Up and Vanished.' "

The rise of podcasts is bringing a new aspect to crime and investigation. Instead of mysterious piles of papers, the mystery of publicly obtainable documents, and the ever-evolving complexity of the court system, there is a lot of easily accessible information. The freedom and ease of information now experienced by the American public has an inevitable ending: the investigation of cold cases, the influence of the public on the investigators, and the involvement of determined individuals looking to discover the truth.