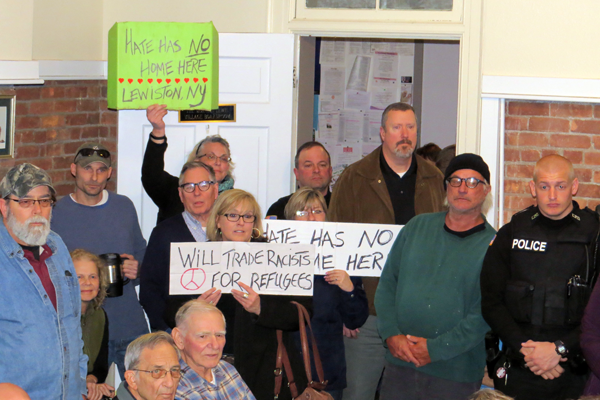 A group of about 40 people, mostly from outside of Lewiston, came to the Village Board work session on Monday to denounce the flyers recently distributed on Mohawk and Chicora streets and Lower River Road.

Most of those individuals stood in the second-floor hallway inside the Red Brick Municipal Building, while some entered the Morgan Lewis Village Boardroom, and others waited outside. A handful carried signs that said, "Hate has no home here."

The group's lone speaker was Chris Borgatti, a former Lewiston resident now living in Niagara Falls. He chided President Donald Trump and national labor relations. In regard to Lewiston, he said, "Racism must be condemned at every turn. ... We must stand in solidarity."

The Buffalo-based group called Showing Up For Racial Justice created a Facebook event titled "Lewiston Says No To White Supremacy." Borgatti was listed as one of the hosts. More than 250 people were invited to address the Village Board.

The online event page read, in part, "White supremacists are in our neighborhood, trying to recruit us, and we respond with a resounding no.

"Join us Monday night for the Lewiston village board meeting at redbrick, where the board will pass a motion condemning white supremacy."

Neighbors strongly disapproved of this action, and the Lewiston Police Department investigated the matter. Ultimately, the First Amendment protected Lacy.

The Facebook invite stated, "Our community was horrified by the racist propaganda left in our lawns. ... Invite your friends and family to come support the board's motion and show that we reject the attempts by Lacy and other white supremacists to organize in our community."

SURJ is "a national network of groups and individuals organizing White people for racial justice. Through community organizing, mobilizing, and education, SURJ moves white people to act as part of a multi-racial majority for justice with passion and accountability."

Trustees did not intend to pass a resolution, and no motion was offered. However, each board member repudiated both the distribution and the content of the flyers.

In a prepared statement, Mayor Terry Collesano said, "The offensive flyers recently distributed on lawns, sidewalks and the driveways of many of our village citizens were viewed by me as not only disturbing but downright repulsive.

"While I personally rejected the underlying message of these flyers, I also understand that the First Amendment to our U.S. Constitution gives each and every American citizen the freedom of expression through speech and press. While I honor and respect the amendments to our constitution, I by no means condone the actions or beliefs of anyone responsible for the distributing of these flyers within our village boundaries, or anywhere else for that matter.

"I would only wish that all people could come together for the purpose of making a better world to live in for all mankind. Therefore, while I respect that each citizen can express their God-given rights to speech, I also wish to state that divisiveness and hate will never, never succeed."

Deputy Mayor Bruce Sutherland added, "What was distributed is what Lewiston is not about."

Following Lacy's actions, Gov. Andrew Cuomo weighed in and said, "As a New Yorker, I was disgusted and offended by the flyers promoting a white nationalist group in Lewiston. These messages contradict all that we stand for as New Yorkers. ...

"In New York, we are one inclusive family, and we recognize that our diversity is our greatest strength. Bigotry and hate have no place here, and we have no tolerance for intolerance.‎" 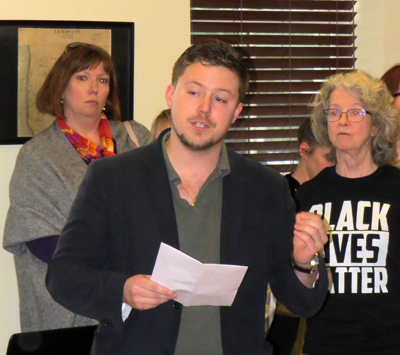 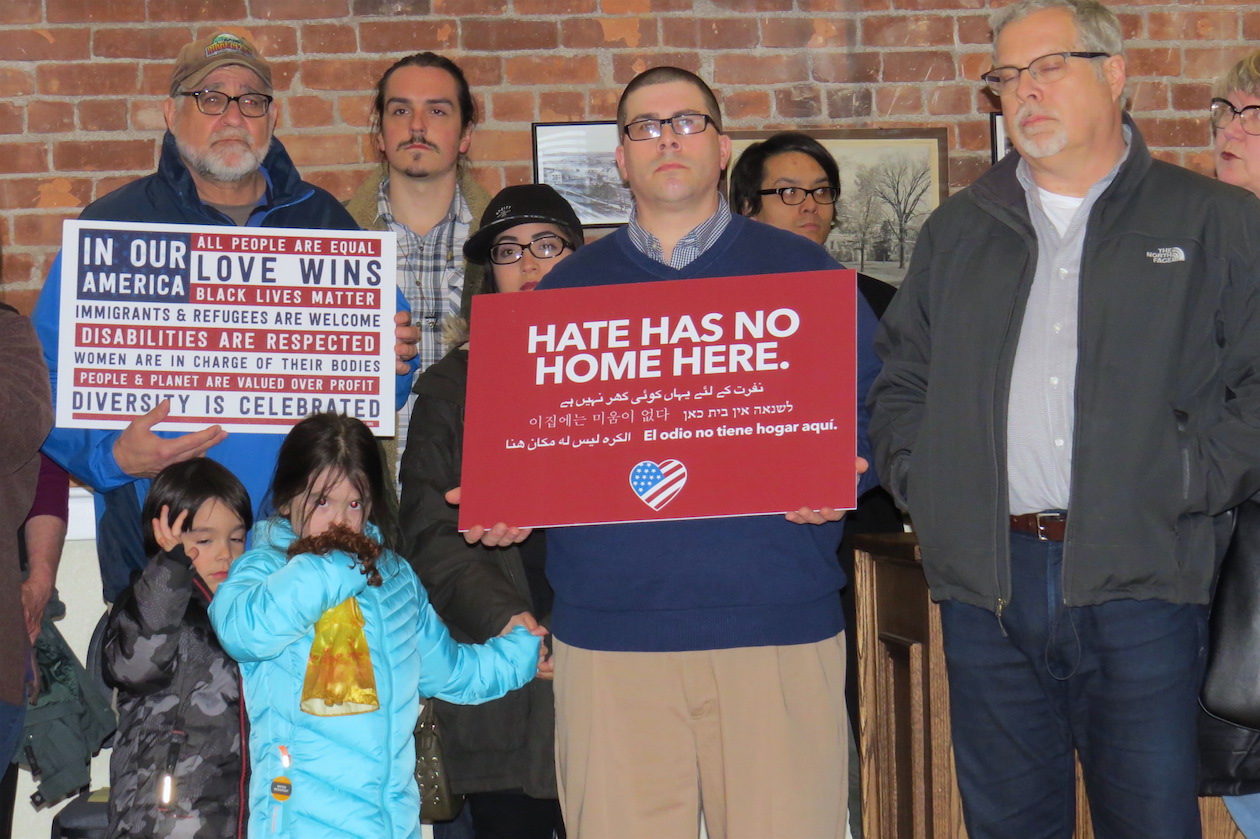