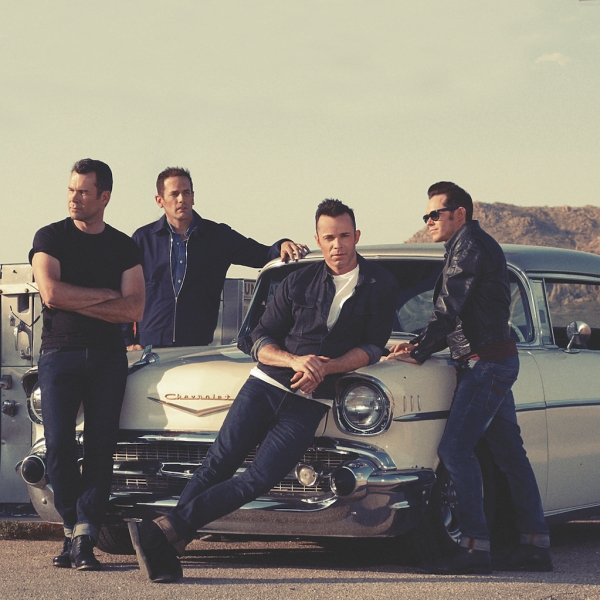 Human Nature brings the greatest songs of all time to Niagara Falls, Ontario

When the Australian group began in the 1980s, the term was nothing more than an innocent description of four good-looking dudes singing together as one unit.

Today, the words "boy band" connote different ideas, like "attractive, but marginally able," "gimmick" or "Justin Timberlake and those other guys."

Even the more talented "boy bands," Boyz II Men, for example, have been relegated to nostalgia tour status.

Human Nature is unworthy of such a definition.

For starters, these guys can sing - individually, and even more so when harmonizing. In fact, the band is so skilled that it can take requests from the audience.

After first touring behind their own songs, Human Nature has enjoyed a residency at The Venetian in Las Vegas for the better part of a decade. In Sin City, the foursome - Toby Allen, Phil Burton and brothers Andrew and Mike Tierney - has built a second career performing a century's worth of hit songs.

While Human Nature's show is a trip down memory lane, it's one filled with the greatest hits of all time. It's not a self-congratulatory retrospective, like other teen idols often present, but an apt reproduction of music's top tunes.

"The show is called 'Jukebox,' and we actually use the idea of a jukebox to represent our career," Andrew Tierney said. "Having been together as long as we have (27 years), we've sung all different types of music.

"The DNA of the band really does date back to the doo-wop and soul and Motown harmonies that we always love to sing. But throughout our career, we've sung a whole variety of music."

"We go through all the different eras that have been an influence on us, and take people on a journey with us," he added. "We're basically singing some of the greatest vocal music of all time. We say, 'From The Beatles up to Bruno Mars,' and everything in between."

Tierney said Human Nature puts a fresh spin on these songs, showing how the melodies and harmonies of yesteryear are still impactful on musicians and music lovers in modern times.

"It's a whole lot of fun," he said. "We call it 'the ultimate playlist,' because you never know what you're going to get next."

Tierney said his band also "peppers" in its own hits, when logical within the course of a show, "to just slowly educate people to the whole Human Nature back catalog."

That's sort of the act's approach to touring, as well.

Oftentimes, musicians will book a residency in Las Vegas toward the end of a career, looking for the chance to establish a set routine in one place. Human Nature has done the opposite, by adding a cross-country trek to their schedule.

"We've had a career in Australia, where we've grown up as a household name, as Human Nature," Tierney said. "Through the '90s, we were the biggest 'boy band' in Australia. ... Coming to America, we came to the states about eight years ago with a show in Vegas. We were really only known in Vegas, and for that particular show. I guess we've almost built the house backwards in that, after getting our start here, we now want to try and spread to more people in North America."

"We thought we'd get out and do some more shows in different parts of the country, and kind of spread the word," he added.

As for being a "boy band," "I guess as we've gotten older, looking back on our career, and our videos ... we were (a boy band)," Tierney said. "We just happened to be able to sing really well, all four of us."

"We're incredibly excited about our hit Las Vegas show, and to have the chance to bring 'Jukebox' to the Niagara Falls area for a few nights is going to be a treat," Tierney said.

Tickets start at $35 and can be purchased in person at the Fallsview Casino Resort box office (opens at noon on show days), online at fallsviewcasinoresort.com, at all Ticketmaster locations, or by calling Ticketmaster at 877-833-3110.