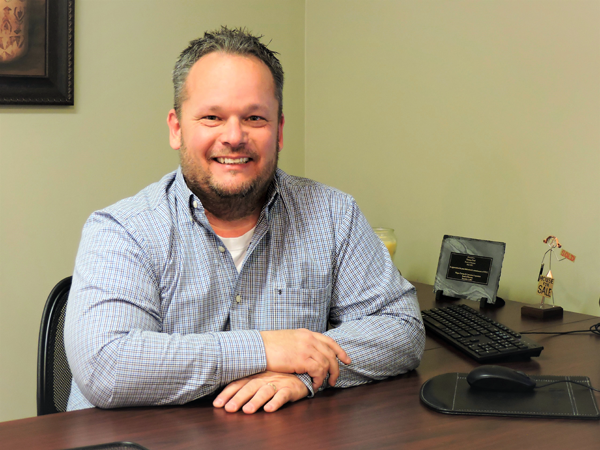 The Niagara River Region Chamber of Commerce will honor businesses and individuals at its Chamber Awards Gala, from 6-11 p.m. Friday, April 28, at The Conference & Event Center Niagara Falls.

Thomas Deal has been chosen by Town of Lewiston supervisor and council as the 2017 Town of Lewiston Citizen of the Year. Deal has given his time and valuable resources to help improve the quality of life for residents of our community. Many local projects have been able to achieve their goals, because of his selfless dedication.

Deal and his wife, Cheryl, have been residents of Lewiston for the past 24 years, and they own and operate Deal Realty on Center Street. Having raised daughters Hannah, Taylor and Brooke in Lewiston, Deal understands why people choose to live in this region.

Family is the most important aspect of his life, and he works hard to ensure other families are able to enjoy activities in our community. As the chairman of the Town of Lewiston Parks & Recreation Advisory Committee, Deal knows the importance of projects that impact the youth in the community. He also sponsors both Lewiston youth baseball and softball, which provide local kids an opportunity to play sports throughout the summer.

As the recent winter season approached, funds were not available for the Lewiston Family Ice Rink. The rink, a highlight activity during the holiday season and winter months, was in danger of not opening for the 2016-17 season. Deal led a grassroots effort to gain financial support from the community. He worked with Parks and Recreation Director Mike Dashineau to contact local businesses to sponsor the rink, while also working through the operational aspects of the rink to see if it could be saved.

Phone calls, emails, social media posts and coverage by the local media all made a difference in leveraging enough support to keep the rink open. The rink had a successful season, and even celebrated an engagement on center ice!

As a member of the Niagara River Region Chamber of Commerce, Deal heard the news a few years ago that the chamber was in need of a Santa Claus for the annual Lewiston Christmas Walk. One of his Realtors from Deal Realty, Vince Canosa, agreed to step in as Santa, and a new partnership was formed.

Deal also worked with the chamber staff to bring in a Christmas float from J.J. Strassburg Trucking, which was featured in the Niagara Electric Lights Parade. The float was brought into Lewiston and, each year, brings Santa and children down Center Street in a promenade, while also hosting Santa at the Lewiston Peace Garden.

Deal and his staff help with the logistics of getting the float down the streets; assist with the children visiting with Santa over the two-day event; and hand out special "Santa dust" to every child who attends. Deal has a very community-minded staff that volunteers time over the Christmas Walk weekend and at many other local events.

Deal has recently started a Deal Realty Scholarship that will award $500 to a Lewiston-Porter High School senior this year. This scholarship is important to Deal, as his daughters attend Lewiston-Porter and he is a member of the Lew-Port athletic advisory committee and Key Communicators Club.

You will find Deal and his staff at the upcoming Memorial Day parade in Lewiston, collecting donations (clothing and nonperishable food items) for veterans. They will also have a tent at Academy Park during the ceremony to serve as a drop-off area.

As a business owner and resident, Deal understands the importance of getting involved in the community. The Town of Lewiston has been fortunate to have him as a volunteer.

The Niagara River Region Chamber of Commerce, Town of Lewiston Supervisor Steve Broderick and the Town Council are proud to honor Thomas Deal, the 2017 Town of Lewiston Citizen of the Year.