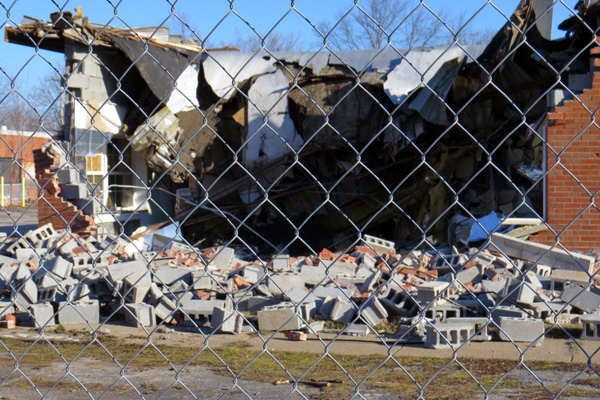 Demolition of the former Fairchild Manor Nursing Home began on Wednesday, and is expected to continue over the next few weeks.

As of Thursday night, part of an Onondaga Street wing was partially shredded, as shown in the photos. All materials and foundations are expected to be removed and, where possible, recycled.

The nearly 1.6-acre Village of Lewiston property, which extends to Fairchild Place, is now completely fenced off.

In February, developer James Jerge received approval to tear down the building and, in place, erect two apartment complexes.

At Monday's Village of Lewiston Board meeting, it was revealed resident, watchdog and professional planner W.E. "Skip" Hauth was hired to oversee both Jerge's project and the Ellicott Development plaza going up on the other side of Onondaga Street.

"I have been retained by the village to be a projects coordinator and liaison," Hauth said. "It kind of goes along with what I spent my career doing."

"My responsibilities are to be aware of the big projects that are going on in the village," Hauth said. "I'll be working with both village principals as well as the developers and contractors to ensure that there's ready and timely communication between all the various parties."

Collesano said, "Skip will be the eyes and ears for this board on these projects."

"I'm not managing any project; I'm there to facilitate and make sure that any issues that need to be raised are raised, with the right people involved," Hauth said.

He added, "I've had some discussions with (Department of Public Works Superintendent) Terry Brolinski and the mayor ... to talk about establishing a coordinating committee, which will include myself, Terry (Brolinski), (Building Inspector) Ken Candella and (Engineer) Mike Marino, to be sure that the level of detail that we need to have with activities that are going to go on are well-planned."

Finally, "Part of my responsibility, I think, more to the community at large, is to be sure that there's timely information being delivered so there isn't a lot of rumor mill flak going around about how things are happening, or if they're happening, or things aren't happening."

Trustee Nick Conde said, "We needed an extra set of eyes out there, for the residents, so he keeps us informed."

Deputy Mayor Bruce Sutherland said, "This is what he did for a living. He went around the world and checked in on construction projects."

He added, "When the public spoke at the Planning Board, they cried out (asking) who was going to watch this project. Because other projects have gone on and have been changed. ... We needed somebody there - that could be there to monitor - to make sure it was done the way we approved it to be done." 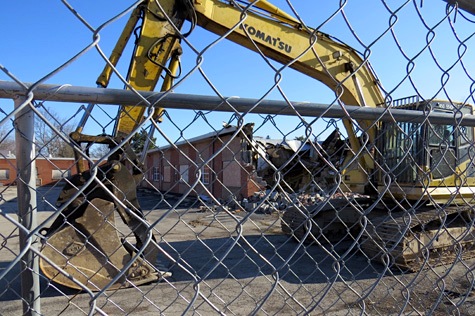