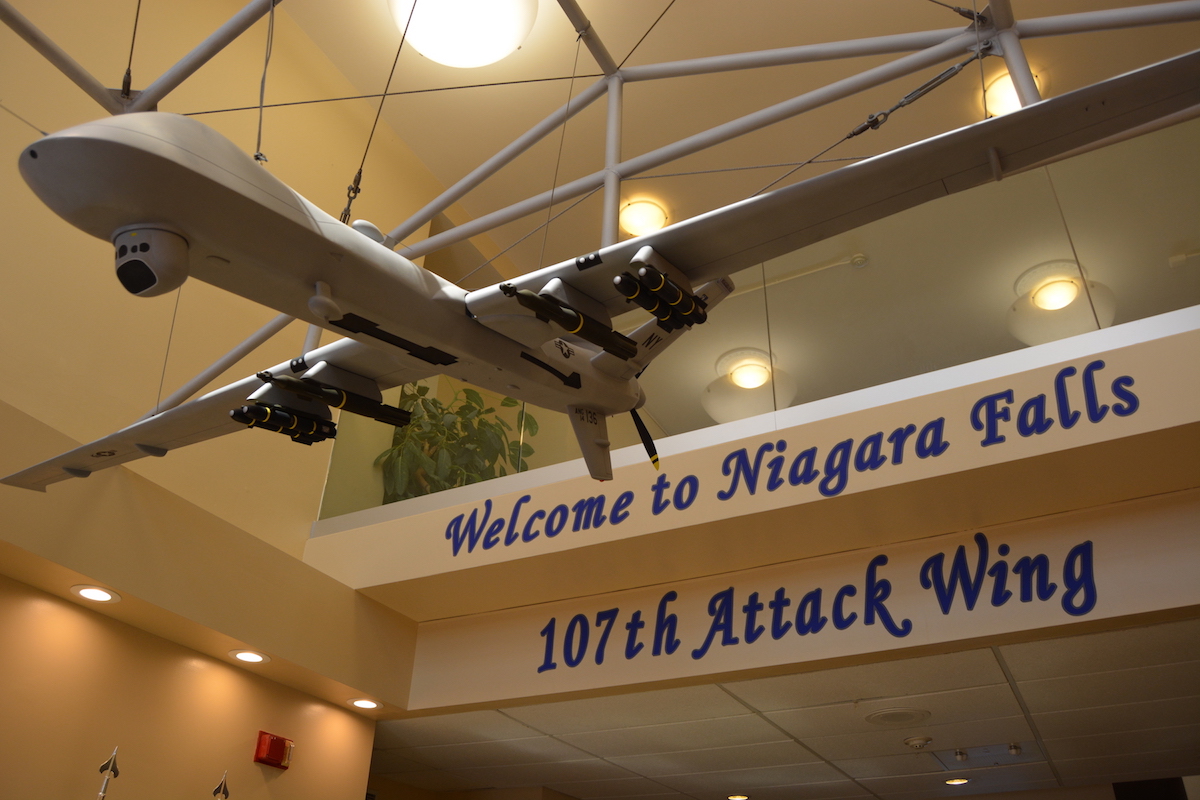 Shown is a model of the MQ-9 Reaper aircraft.

Col. Robert Kilgore, the commander of the 107th Attack Wing, spoke about the name change, which marked the wing's transformation from flying the C-130 Hercules to operating the MQ-9 remotely piloted aircraft.

"This is a historical day for the 107th," Kilgore said at the ceremony. "From our beginnings in 1946 as a fighter (group), we have changed missions and names many time. We have flown fighters, bombers, tankers and cargo aircraft. Officially, we redesignated 15 times over the years and we have been assigned 14 different aircraft. All these names and aircraft have been significant in representing the contributions we made to our nation (and friends)."

In addition to the remotely piloted aircraft mission, the wing is also responsible for the 274th Air Support Operations Squadron from Hancock Field Air National Guard Base in Syracuse, and the 222nd Command and Control Squadron in Rome.

Although the wing's name has just officially changed, it began the transformation and training of its crews and personnel in 2014.

With the new name change comes a sense of security for the base, Kilgore said. The new mission, now reflected in the base's new name, has put a "bedrock" in the future of the base, he said.

To support the mission, the base is in the process of finishing a newer, multimillion-dollar facility.

"We have probably sunk almost $4 million to infrastructure and facilities and equipment already. I think whenever you make that kind of investment you poise yourself for the future. ... I don't think we're going anywhere for years and years to come," Kilgore said.

The base has had to construct the building, put in the computer equipment, as well as add connections needed to operate the aircraft in order to support an MQ-9 aircraft.

Currently, Kilgore said members of the wing often travel to other bases to help operate the aircraft.

Kilgore said he predicts an MQ-9 will be coming to Niagara Falls "very, very soon."

Although the MQ-9 is an unarmed aircraft, it takes approximately 50 people to operate it, Kilgore said.

With this technology, he said, "We are able to use the aircraft to lower it over the battlefield for a significant period of time - 20-plus hours. And it provides our commanders on the ground with intelligence, surveillance and reconnaissance (ISR). ... In addition, because we do carry the missions and the bombs, we have that attack capability. So, if we identify al-Qaida or ISIS, we can strike those targets and remove them from the battlefield."

LaBarge said the MQ-9 mission is incredibly complicated, and yet those at the base have caught on quickly. He said the accomplishments were a testament to the perseverance and resilience of all those involved with the mission.

The MQ-9 Reaper is an armed, multi-mission, medium-altitude, long-endurance remotely piloted aircraft that is employed primarily against dynamic execution targets and secondarily as an intelligence collection asset. Given its significant loiter time, wide-range sensors, multimode communications suite, and precision weapons, it provides a unique capability to perform strike, coordination and reconnaissance against high-value, fleeting and time-sensitive targets. 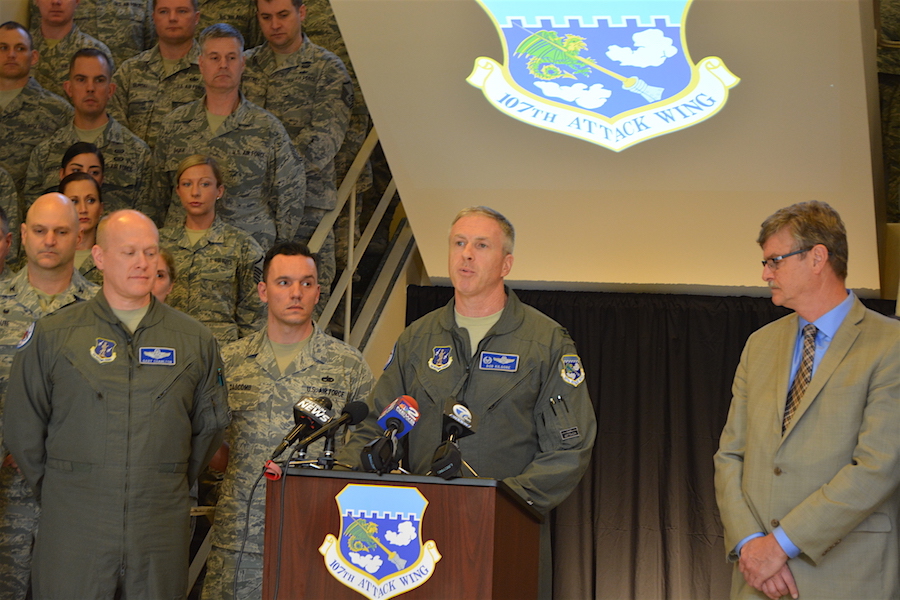 Col. Robert Kilgore, commander of the 107th Attack Wing, speaks about the wing's name change to members of the wing and local officials. 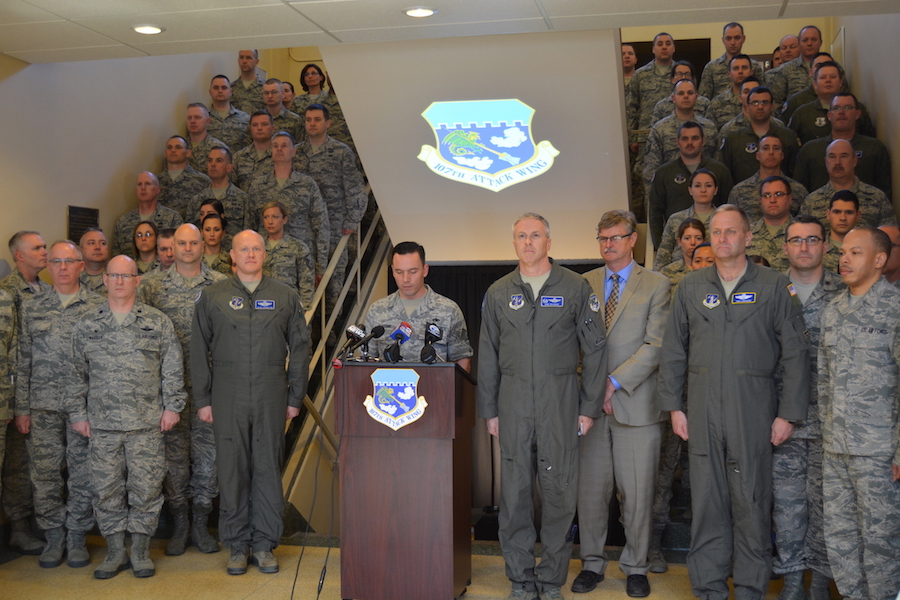