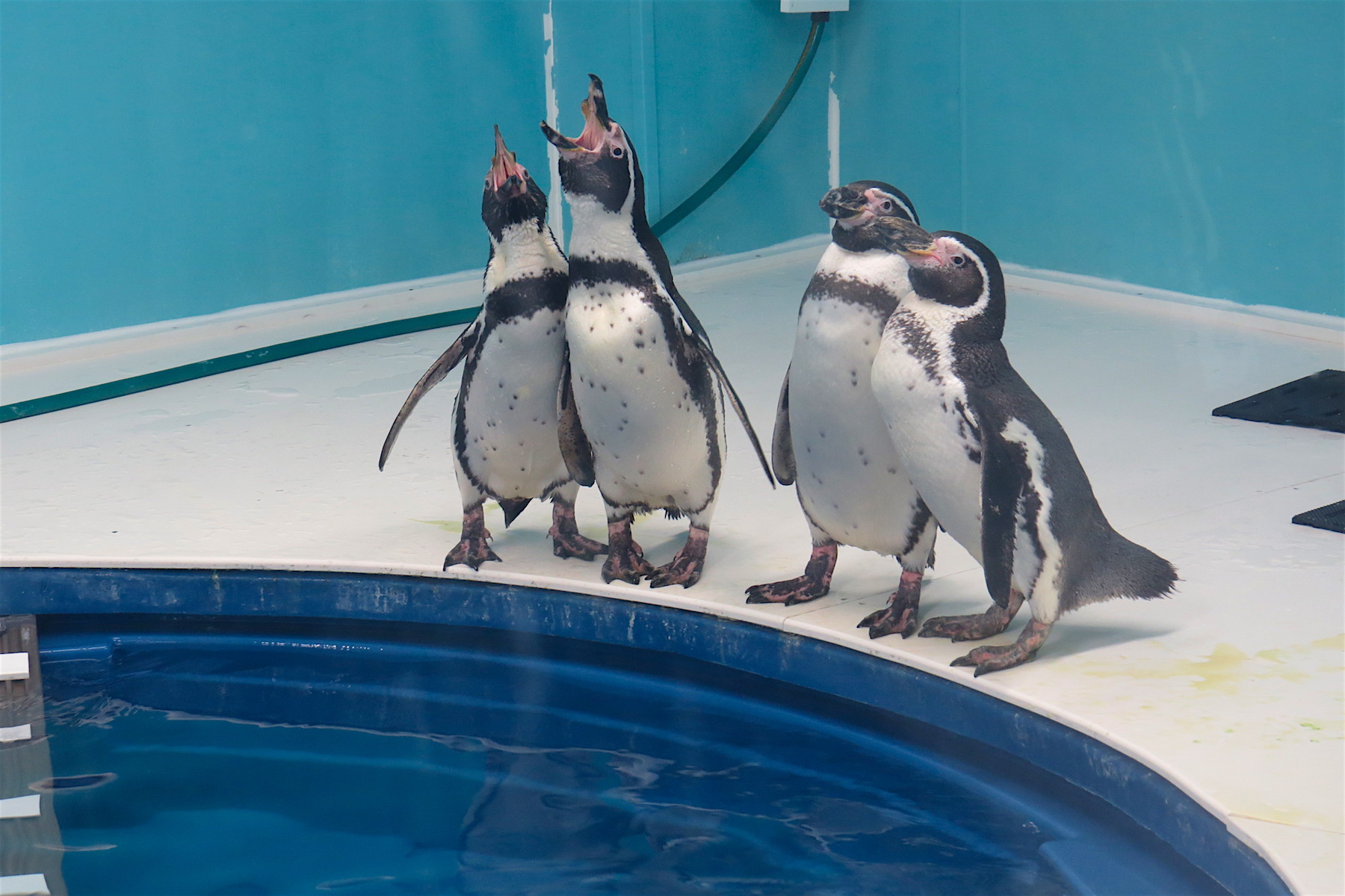 The Aquarium of Niagara's seven Humboldt penguins will have a new home starting in the spring of 2018, thanks to the efforts of a successful fundraising campaign. With new accommodations in place, the venue will seek to add more penguins to the downtown Niagara Falls facility.

Gov. Andrew M. Cuomo on Friday announced the groundbreaking of a $3.3 million penguin exhibit at the Aquarium of Niagara. This exhibit will allow the aquarium to add new programming and interactive features to the already popular attraction, while providing a state-of-the-art habitat for the colony of Humboldt penguins.

The penguin project will quadruple the size of the existing exhibit, enabling the aquarium to seek accreditation from the Association of Zoos and Aquariums. Accreditation will allow the aquarium to expand the penguin colony through partnership with other AZA institutions and restart a breeding program for these threatened species.

The aquarium currently attracts 270,000 visitors annually; the new interactive exhibit is projected to attract an additional 30,000 visitors to the Niagara Falls attraction each year.

The 3,500-square-foot exhibit and gallery will include 1,600 square feet of living space, featuring a rock beach modeled after the Peruvian coast. Prominent features will include nesting areas for the birds and a unique viewing area for visitors to enjoy above- and below-water viewing of the penguins in their new, 15,000-gallon pool.

Adjacent to the exhibit will be a new, interactive classroom bringing educational programs to the region and beyond. The project also includes space for one-on-one penguin encounter experiences, as well as treatment areas for use by aquarium veterinarians. 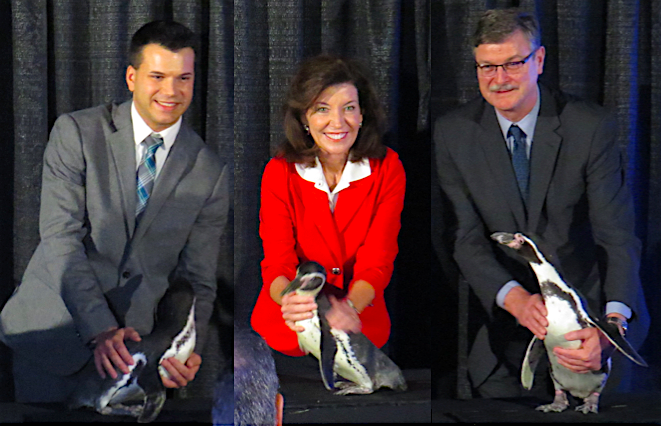 Five months after announcing opportunities for people, businesses and corporations to "Save our Penguins" and donate to a GoFundMe account, Aquarium of Niagara Executive Director Gary Siddall returned to the podium and said, "It's a huge celebration for us."

"The groundbreaking on the penguin exhibit has allowed us to embrace the future, and will provide a modern and engaging experience for our annual visitation," he said. "The exhibit would not have been possible without the unwavering support of our community. I am proud today to report that, since announcing the final phase of our fundraising last fall, the aquarium has already seen a 5 percent increase in its visitation."

The Aquarium of Niagara is one of only 20 facilities in the U.S. and Canada that houses the threatened Humboldt penguin species. Its current exhibit houses seven Humboldt penguins, half of which are geriatric. When completed, the new exhibit is expected to be home to more than 20 of these flightless seabirds.

"The end result will be a very dynamic exhibit that will exceed everyone's greatest expectations," Siddall said.

Lt. Gov. Kathy Hochul attended the event on Friday. She said, "I myself came here often as a child. ... I brought my own children here. So, this is part of the Hochul story."

"I want our seven Humboldt penguins to love it here, and so we need to give them a new home," she added.

Hochul said the existing penguins are older, and "I don't know that there's been a new baby born here in like a decade or so. It's been 10 years; no baby penguins to show the kids. So, what better place than the Honeymoon Capitol of the World to start this romance, and the breeding, and having more baby penguins born right here in Niagara Falls. ... Because, indeed, they are an endangered species, and their habitats in Peru and Chile are being badly destroyed by global climate change. We need to protect that species. This is going to be an important part of preserving our environment."

Pictured is part of the new design.

Cannon Design of Grand Island is the architectural firm. The project is expected to be completed in spring of 2018.

The New York State Power Authority has provided $1.75 million to support this penguin project through its Western New York Power Proceeds Allocation Board, which uses earnings from the sale of unused hydropower from the Niagara Power Project to fund economic development projects in the region. Other funding includes $400,000 from Empire State Development and the Western New York Regional Economic Development Council, and $150,000 from the City of Niagara Falls.

"This state-of-the-art renovation at the Aquarium of Niagara is another significant step toward enhancing tourism in Western New York," said Gil C. Quiniones, NYPA president and CEO. "The Western New York Power Proceeds program has proven to be a highly impactful economic development initiative for the region. This expansion project at the aquarium is a wonderful example of its effectiveness at work. NYPA is delighted to be part of this project that will give Western New Yorkers and visitors the opportunity to enjoy our penguin residents for years to come."

For more information about the Aquarium of Niagara, visit http://www.aquariumofniagara.org.