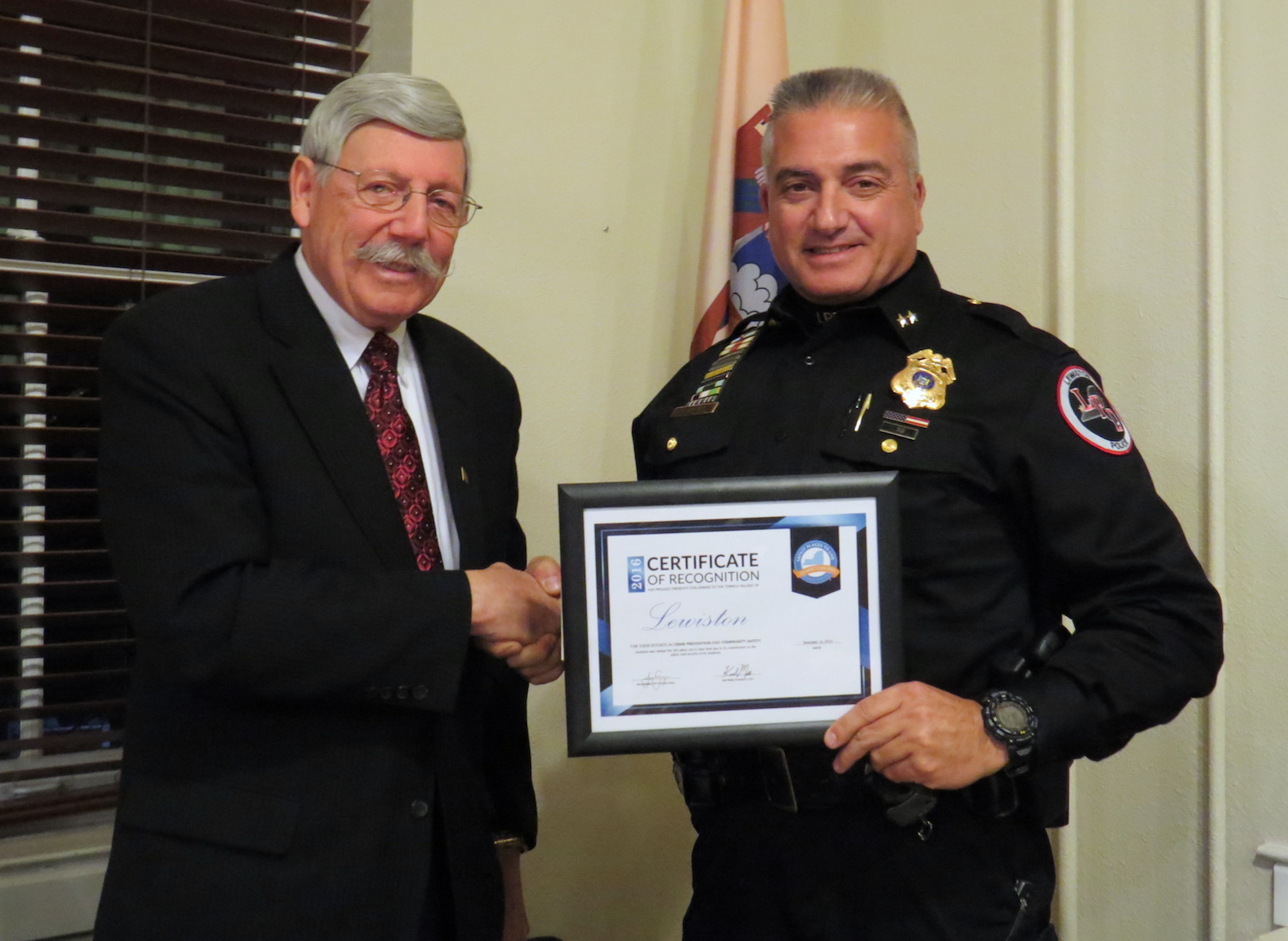 Alarm System Reviews recently ranked Lewiston as the third "Safest Place to Live" in the state of New York.

On the Alarm System Reviews 2016 "Safest Places to Live" page, Lewiston is shown with zero violent crimes per 1,000 residents, and just 0.4 property crimes per the same number.

At Monday's monthly Village of Lewiston Board meeting, Lewiston Police Chief Frank Previte said, "I think that's a testament to not only the department and the members we have, and the dedication that we have, but to both boards (village and town). I want to extend a thank you, again, to both boards, and their commitment to public safety."

He and the LPD received two rounds of applause from the audience.

Collesano told Previte, "I really feel that you've done an excellent job, not only as a leader, but your department has done a tremendous job. We're really very pleased with the outcome with that report. Thank you, again."