The 2016 Niagara Falls High School football team finished the season with a 7-2 record. The team had a record year defensively, and was always a big threat to make huge plays on offense.

The leader and catalyst of that offense was senior quarterback Jhamir Isom. His poise, athleticism and leadership were all key to the Wolverines season.

"Jhamir, or 'Peso' as we call him, is a natural-born leader," coach Don Bass said. "His calming effect on the team was pivotal. I always told him 'Never drop your head because, when you do, so does the offense.' "

Bass said it made life easier as a coach that he could open up his playbook, with Jhamir's ability to grasp the coach's vision.

The nickname "Peso" came from a small joke Jhamir teammates made a few years back. It wound up sticking.

Peso made many big plays for the Wolverines over the course of the season including a three-touchdown game in a 28-0 win over Niagara-Wheatfield, and a 41-point outburst against Kenmore West.

No play stood out more than in the 26-23 win over Orchard Park. Out of all the moments that happened in the past season, Bass and Jhamir both agreed the best came against Orchard Park. Going into the game, Orchard Park had won the previous eight matchups against the Wolverines - dating back to 2005.

"My favorite moment from this season was when we beat OP," Jhamir said. "It felt good to come out with the win when everyone doubted us."

Bass cited one single play from that game that resonated with him, and was one of the top plays from the season.

"The play against Orchard Park when the center snapped the ball way over Peso's head and he retrieved it - and had the presence of mind to pick up the football when 99 percent of QBs would just fall on it - and ended up throwing a 50-yard TD pass," Bass said.

On that play, Jhamir said he saw a ton of Orchard Park jerseys in front of him when he got the ball, but he still was able to see Jay'meire Maye wide open down the field.

Jhamir finished the year with 655 passing yards, 11 touchdowns and 7.62 yards per completion. While impressive, Bass said these stats do not measure Jhamir's importance to the team. Bass said the QB is ha proven winner, and praised Jhamir's work ethic on and off the field.

"Peso is a fun-loving guy who is also a fierce competitor," Bass said. "He's a student of the game, so, through film study and field study, he would prepare. And also he would see things in game that he would tell me and we would adjust because of it."

"Me and my head coach have a father-son bond," Jhamir said. "I knew coach Bass for about six years, and our friendship got stronger and stronger each year. He's a good person on and off the field, and a great coach. I was very happy to play for him and to play for this team, it was a fun a season."

Bass said whoever replaces Jhamir next season will have his work cut out.

"Absolutely," he said. "I've been coaching a while, and he's the first QB I've been able to send in plays that had multiple choices and reads. I really trusted him, so he's leaving very big shoes to fill."

Jhamir, a two-sport athlete also playing varsity basketball, offered good advice to his possible replacement, as well as to the team's underclassmen.

"Grind and never stop grinding," he said. "Work hard to get where you want to, and don't let anybody tell you that you can't do anything.

"I was told I wouldn't ever be a quarterback; now look at me. Don't let anybody tell you that you can't be anything."

The 6-foot tall quarterback said he was happy to praise what the team accomplished this year, getting to seven wins. He also said he is going to miss being on the field as a Wolverine and, in the future, he will definitely remember this past season.

"The things I accomplished, every single moment, every single game, every feeling, the smiles and, of course, the fans and supporters. There's no way to forget this (season)," Jhamir said. "This was a big accomplishment that I can just look back on and tell everyone about."

Jhamir said he is looking to continue his football career in college and plans on majoring in graphic design.

"I'm looking forward to going to college and doing something I'm interested in, like drawing," he said.

Bass, proud of his departing quarterback, offered Peso this piece of advice: "Put God first and trust yourself. He's a lot smarter than he gives himself credit for sometimes."

As one season passes by, another one starts for Jhamir. The Niagara Falls basketball team starts up the season at home, Friday, Dec. 2, against The Park School in the Cataract City Classic. 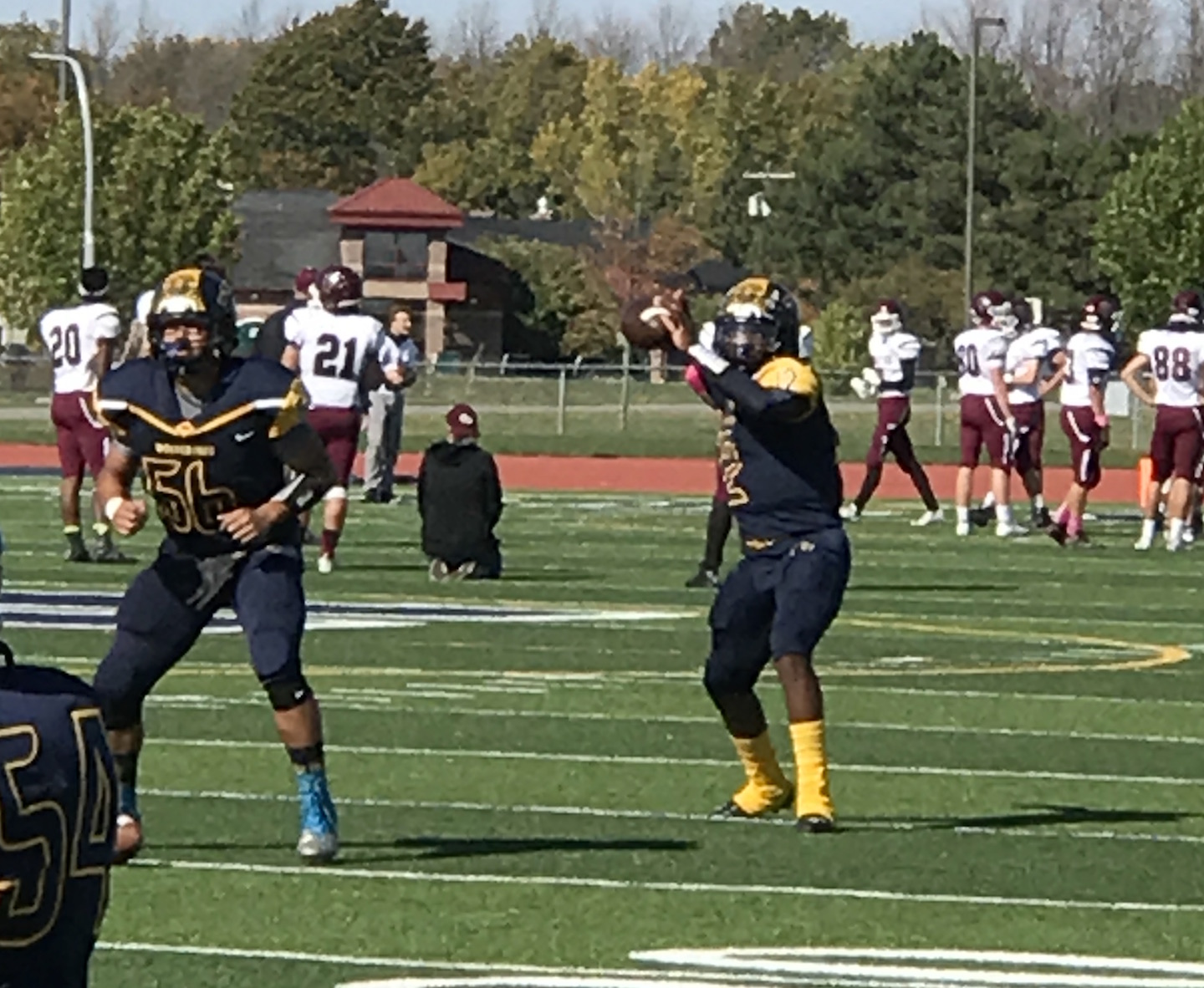 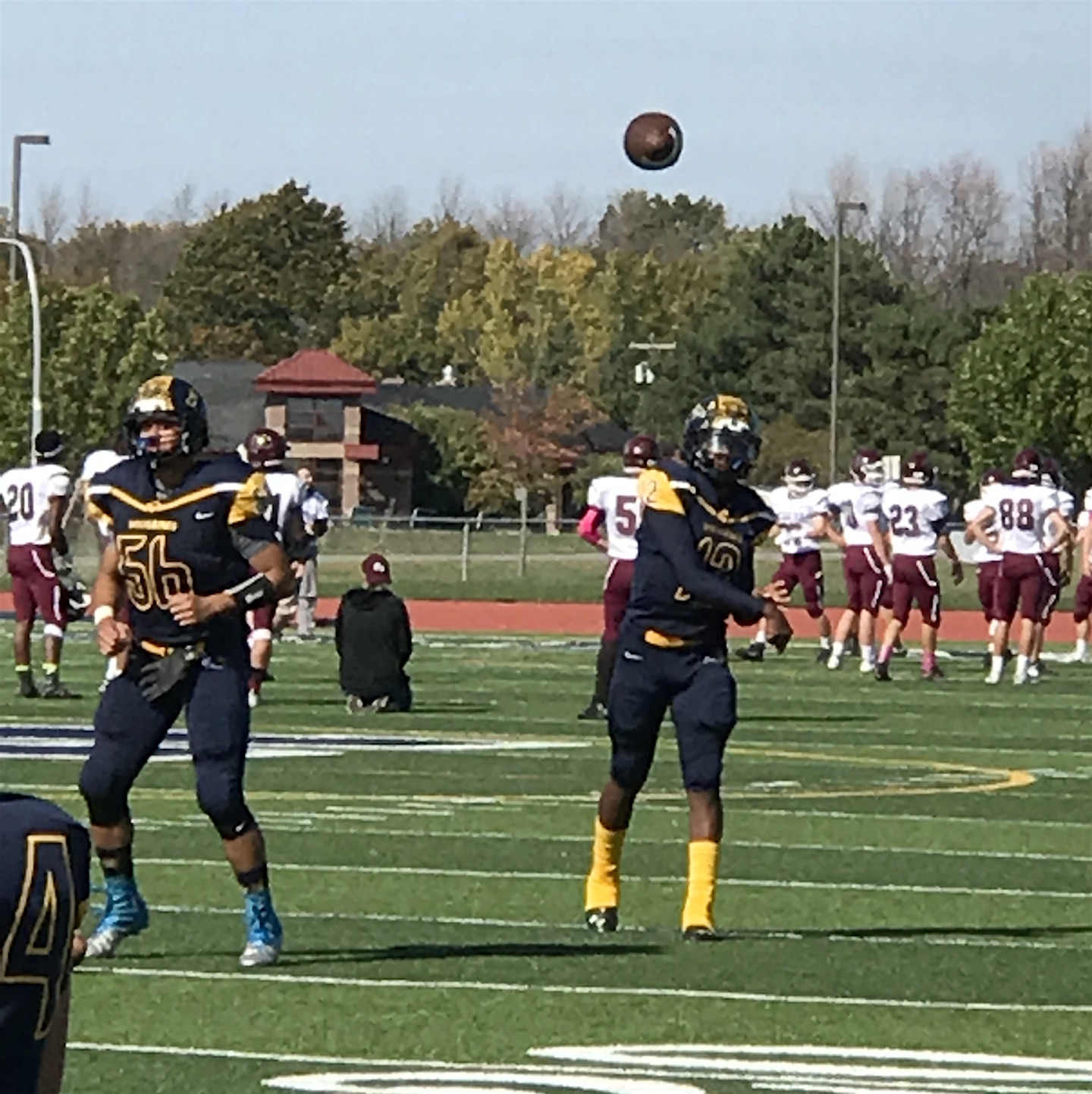 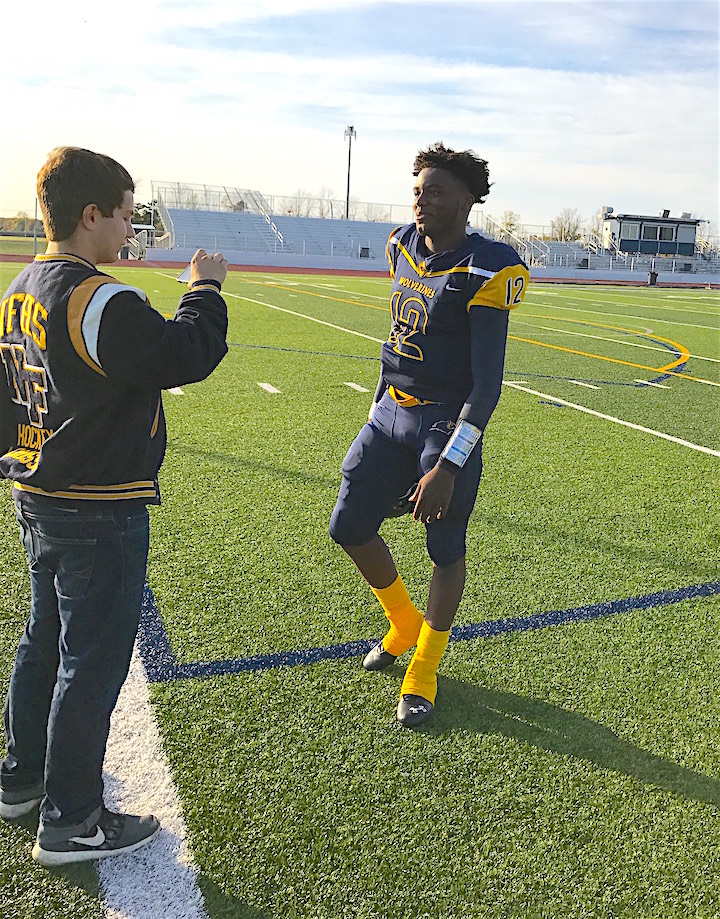