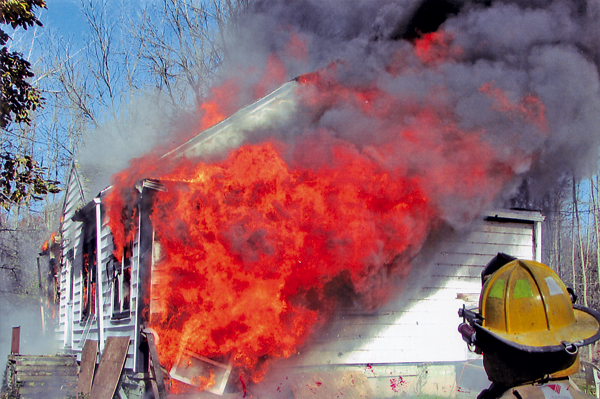 Grand Island Fire Chief Matt Osinski reports that a vacant structure owned by Steve Giddings was made available to the Grand Island Fire Company for a live burn drill on Saturday, Nov. 12. This Third Street house was considered structurally unsound and would have been scheduled for demolition according to Double D Construction owners who arranged this opportunity for the GIFC.

The fire ground operation itself included rooftop ventilation, search and rescue, and interior attack. Six interior evolutions were conducted with all firefighters in full turnout gear and SCBA units for maximum safety, which is always a No. 1 priority during training and at all other times, fire officials said.

A terminal (final) burn was initiated shortly after noon and the entire operation was concluded at about 3:15 p.m.

Osinski stressed that participating firefighters received "invaluable hands-on experience" under realistic fire conditions, which is not always readily available, especially for newer recruits. He expressed his appreciation for all those whose efforts made this integrated live burn training such a success.