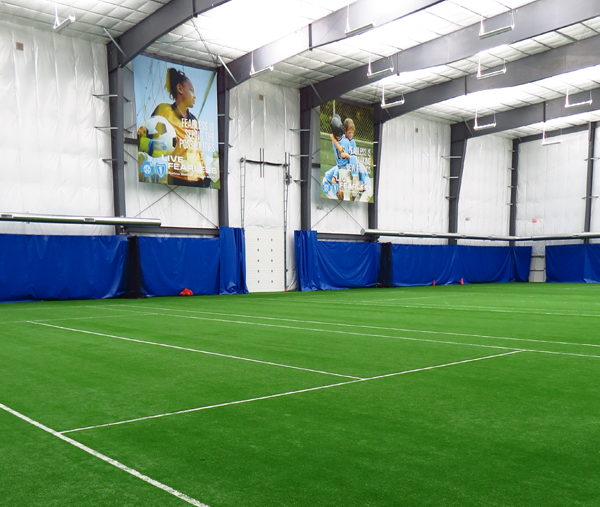 The new Niagara Community Center is now up and running, providing a new place for youth to thrive and learn through sporting and educational activities.

The 21,600-square-foot multiuse facility currently features a turf spanning multiple tennis courts that can be used to play and practice tennis, soccer, lacrosse and other sports.

"I wanted to do something that offered more than just a gymnasium," Hall said.

While growing up in Niagara Falls, Hall spent a lot of time at the Boys and Girls Club on 17th Street.

As a young boy, he was always looking for things to do, especially during the winter months when the days became shorter and colder.

Now, he's had an opportunity to provide area youth with a space that caters to after-school activities all year round.

"It's truly all about serving the youth in our community," Hall said. "I don't really worry about the kids that are on the teams, because they've got plenty to do. What I worry about is the kids that don't have a place to go and aren't on the high school teams. What happens to them?" 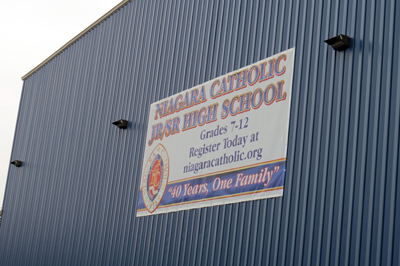 Mike Volpe, Niagara Catholic High School director of development, said the location of the building is "huge" for NC students.

He said the facility will allow students to interact and practice with other kids, as well as learn from Niagara University students majoring in sports management.

"So there's just plenty of opportunity for kids here at Niagara Catholic and we're very excited about this building being here on our property," Volpe said.

NU students will have the opportunity to intern and gain community service hours by teaching students at the center.

Besides teaching youth about athletics, Hall said he hopes the NU interns will also serve as role models and mentors.

"We're trying to build something that's going to create some long-term impact on the lives of the kids that we're trying to serve," Hall said.

Those who wish to use the facility can do so through its partner organizations including Niagara Catholic, Niagara University, the Niagara Falls Boys and Girls Club and the Police Athletic League.

Nick Bolea, director of operations at the Niagara Community Center, said he also plans to help facilitate arrangements with other sports teams and organizations that show interest in using the space.

"Our No. 1 goal is to get the children in the community out here participating in sports, doing something after school," said Bolea, a graduate of Niagara-Wheatfield, and Niagara University's sports management program.

So far, the center has already benefited the Boys and Girls Club of Niagara Falls by providing another venue for programming.

The Boys and Girls Club is currently holding cheerleading sessions inside the facility twice a week.

It is also working toward transitioning its gymnastics program to the facility, as well.

Transportation to and from the organization and the facility will be provided. Hall said not all children have the luxury of having their parents drive them to sporting events after school.

Therefore, the Boys and Girls Club will be able to use the Center's 15-16-passenger van to transport children from 17th Street to the new facility on 66th street.

PAL soon plans on bringing in their youth soccer and lacrosse teams to the facility, as well.

The cost of the facility was initially projected to be $4 million, but, after local businesses and organizations stepped in as sponsors and provided discounts on their services, the project has cost $2.2 million thus far.

Fundraising efforts are continuing, Hall said, in order to maintain and operate the facility, as well as add a multipurpose classroom and computer lab, and possibly a music and arts and graphics studio.

Another goal is to add a mezzanine to the facility, which will allow for a running and walking track, as well as an area where families can view some of the activities from above.

Hall said there's a high demand for basketball in the area. Therefore, a temporary cover for the turf is also being sought in order to convert the space into a basketball court for a few months out of the year.

Now that groups are beginning to use the facility, Hall said, "It's very rewarding. But it's going to be better when ... from 3-10 p.m. every night it's full of activity and every weekend it's bursting at the seams, 10 or 12 hours a day, with (youth participating in) sporting and educational activities."

Bolea said, once the end of November and early December come around, he believes the facility will already be filled.

He will be starting a tennis program in mid-November, and said he hopes to eventually hold open tennis, where people can play tennis three or four days a week at the facility.

"That will be a huge advantage for the community, because there's no tennis clubs in the area at the moment," Bolea said. "This will be the only place to play indoor tennis in the Niagara Falls area." 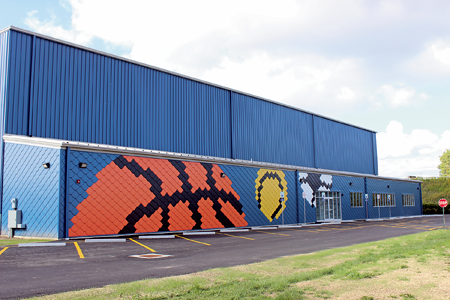 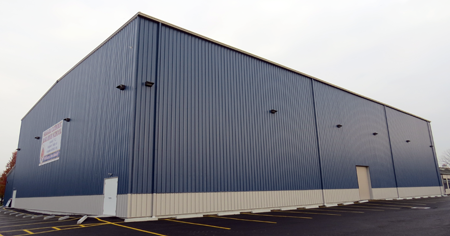