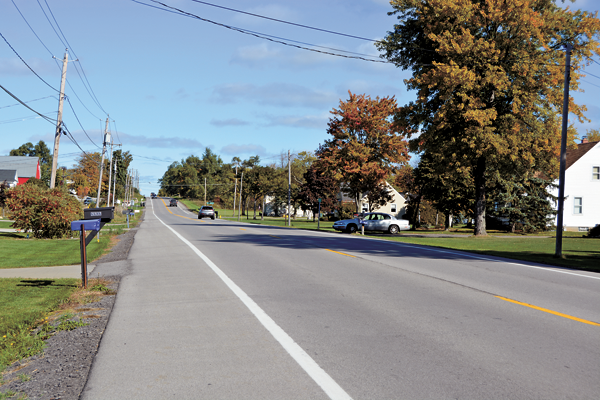 Shown is a view of Shawnee Road, where two teenagers were recently killed after being hit by a car. (Photo by Lauren Zaepfel)

Sometimes it only takes a moment of distraction or inattention, poor visibility, or inappropriate speed for tragedy to strike on a roadway.

Wheatfield faced the unbelievable in August when two teenagers were killed and a third injured while walking on Shawnee Road. The car that hit them was driven by a woman not much older than they were.

The effect of an accident not only changes the lives of the driver, the victims and their families, but ripples out into the community, officials agree. It's especially difficult when anyone young, at the start of their lives, is involved.

Police found a combination of circumstances contributed to the Aug. 20 accident that took the lives of 18-year-olds, Melanie Aronow of Amherst and Quincy Harper of Lockport. They were walking with two friends along the busy highway that was lined with cars on both sides of the road from drivers attending a party at a nearby residence. The roadway was dark and there was no road lighting or sidewalks in the area.

The driver, Carly Marrs of North Tonawanda, 20, was charged with imprudent speed for conditions, a traffic infraction; reckless driving, a misdemeanor; and unlawful possession of marijuana, a violation. She is due in court on Oct. 26.

Wheatfield Supervisor Robert B. Cliffe, a former town judge, has seen this type of incident too often as his town grows and traffic gets busier - inattention often is at fault. Both drivers and walkers have to be alert to everything going on around them.

Cliffe is urging parents, teachers and caretakers to sit down with kids of all ages to ensure they know road safety rules.

"Teenagers make mistakes; they shouldn't have to pay for it with their lives," he said. 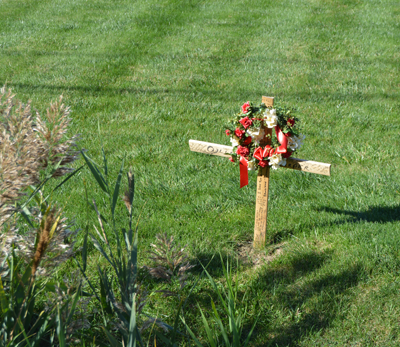 It's the young victims that hold a community's memories and regrets.

In 2014, Ryan Fisher died. Walking along Krueger Road in Wheatfield, he was struck by a car whose driver fled the scene. News from Amherst of the young skateboarder, Alix Rice, who was hit and left behind by a doctor who allegedly had been drinking, also struck home.

Niagara County Sheriff's Office Chief Deputy Steven Preisch has been teaching his own 16-year-old daughter to drive, hoping to instill the knowledge that will keep her safe and avoid problems on the road.

"The worst part of my job (in the Sheriff's Office) has been when I've had to go to a parent's home to notify them that their child has been in an accident. It is heartbreaking," he said.

Still more needs to be done to educate the young and remind adults of their road safety responsibility, officials agree.

"The time not to try to make up time is when you are behind the wheel and on the road," Preisch said.

"And some people are in a hurry to get to nowhere - that's just how they are - they want things right away," Previte said.

For example, school buses today are equipped with many safety features, from flashing lights to a mechanical arm with a stop sign attached that emerges from the bus. Still, each year there are numerous complaints of drivers passing school buses. When the drivers are caught by police, they have been known to use the excuse, "I didn't see it."

"If they can bypass a school bus with flashing lights, why are people surprised that a bicyclist, another motorist or a pedestrian is not seen?" Preisch said.

"It really is the responsibility of all the parties involved to not make the assumption that other people see you," he added. "You always have to be aware of your surroundings and use due caution."

Being walkable is a big part of the ambiance of the Village of Lewiston, with its many festivals, restaurants, river access points and Artpark. Signs are put along Center Street to warn drivers to yield to pedestrians. However, walkers must make sure that, first of all, the drivers will notice them, and secondly, that the drivers will actually stop for them, Previte said.

As examples, he noted that people often walk two and three abreast on Fourth Street when entering or leaving an Artpark event, even though sidewalks are available. The annual spring Lewiston-Porter-area 10-mile Garage Sale has had close calls with people intent on bargains not looking when they come out from between parked cars.

Just a few years ago, a fatality
occurred right on Lewiston's Center Street when a woman walking her dog stepped out into traffic.

Police can issue more traffic tickets. However, Preisch asks how many of us have righteously slowed to below the speed limit upon seeing a police car along the road or falling in behind us, only to step on the gas the next time we use that same road and no police are detected.

Legislators try to adjust laws as technology and times change, but drinking and driving remains a factor.

A large statue of the Pieta can be seen near the front of a Saunders Settlement Road cemetery. It dates from the 1930s and honors a teenage bicyclist who was struck by an allegedly drunk driver.

Efforts have been made locally to lobby for improved roads, more stop signs or signals, better lighting and reduced speed. Cost, popular perception and rules can get in the way, even after a tragedy. Over recent years, state budget constraints have repeatedly delayed work on widening and adding safety improvements on Niagara Falls Boulevard in Wheatfield.

Preisch was part of a committee at the Starpoint School District in Pendleton last spring that was trying to get the speed reduced in front of the Mapleton Road campus. The Wheatfield Town Board also has asked the state for permission to reduce speeds on several of its roadways.

Cliffe explained the state bases its decision for a speed limit change on volume of traffic and normal speed. If 85 percent of people driving on the road are at or under a particular speed, the state considers that the natural speed of the road.