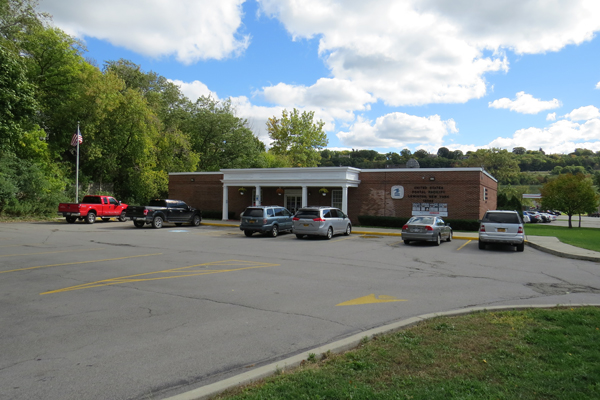 Lewiston Post Office 'fully safe' and 'back to normal'

The Lewiston Post Office reopened Thursday, less than 24 hours after hazardous materials crews combed the building for what was then an unknown smell. The irritant caused seven employees to temporarily have a sore throat and watery eyes.

The non-toxic aerosol has been identified as pepper spray.

Tad Kelley said, "I am fully confident that the mail and atmosphere, the environment there at the post office, are fully safe."

Kelley added, "The postal service, the office there in Lewiston, is completely back in full operation. Delivery will be made today. Customers are being served at the window. All is back to normal."

Kelly said he didn't know how the pepper spray was released. He did acknowledge, "We do outfit our letter carriers with pepper spray, which is to ward off animal attacks. That pepper spray is an aerosol that, as it indicates, is nothing more than a pepper made into an aerosol. So, it's harmless, not only to humans, but to the animals."

When asked if the spray was either discharged by a postal employee, or sent to the post office - which is strictly prohibited - Kelley said, "I don't speculate on that."

He noted the U.S. Postal Inspection Service was investigating how the pepper spray was released.

A postal inspector told WIVB-Channel 4 the pepper spray was released in a drawer within the mail processing room.

Kelley said, "I don't know how, exactly, the spray got into the office, but it did, in a small, confined area. A few employees were affected. They were looked at. They're fine. They're back to work. So, everything has been resumed back to normal. There should not be any concern about the mail, or visiting the post office."

A call from the Lewiston Post Office to first responders was received at 7:52 a.m. Wednesday. The postal workers with symptoms were taken to Mount St. Mary's Hospital. They were released later in the afternoon, once Niagara County hazmat determined what the irritant was, and that the spray posed no significant or long-term threat.

Fred Caso, public relations and community affairs officer at Mount St. Mary's Hospital, said, "The individuals who came to our emergency room were concerned about coughing, watering eyes and an irritant, and were evaluated.  The hazmat teams subsequently identified the irritant and, since it wasn't anything serious, they did not need any additional care."

"The reaction that we had, we make sure that we safeguard our employees and our customers," Kelley said. "And if that requires investigating fully what an unknown substance might be, that's what's done."

Questions arose Wednesday as to when parcels inside the post office would be released. Kelley said, "There was no mail that was affected by the contaminant. ... Once we determined that the contaminant, which is the pepper spray, was safe, there was no reason to be concerned about the mail."

Some residents reported not receiving mail. Lewiston Post Office Postmaster Patrick Madigan declined comment, but workers in the building suggested all mail had been or would soon be delivered.

On Wednesday night, the police barricades outside of the Lewiston Post Office were removed, people were using the external mailboxes, and the doors to the outer lobby were unlocked.

The Lewiston Post Office is located at 150 S. Eighth St., at the corner of Eighth and Cayuga streets.