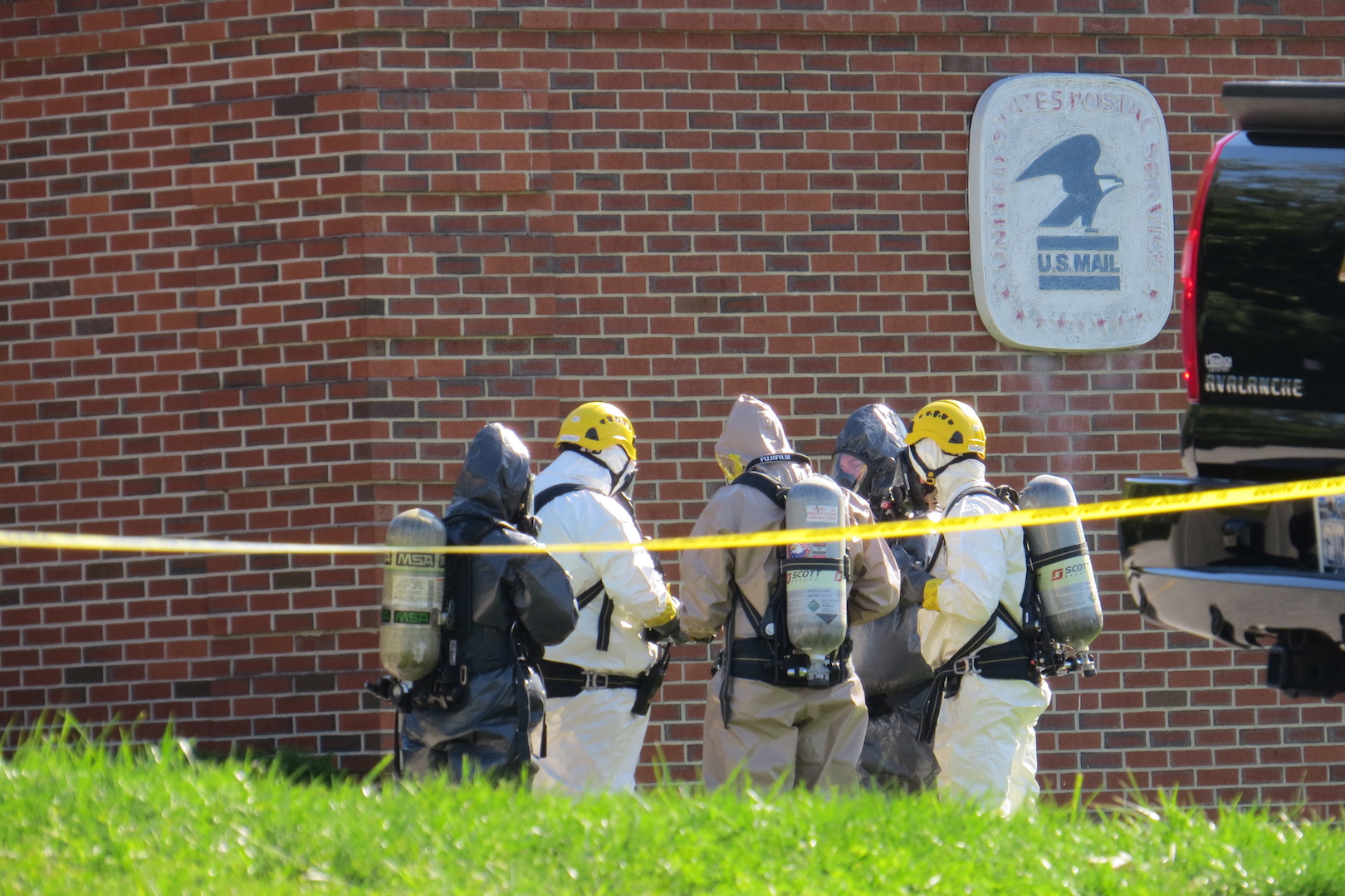 Just before 2 p.m. Wednesday, Lewiston Police Department Chief Frank Previte revealed the mystery smell inside the Lewiston Post Office was not life-threatening, nor likely the result of foul play.

About an hour before the Post Office was set to open, seven employees complained of a sore throat and watery eyes. The postmaster cleared the building, and those with symptoms were taken to Mount St. Mary's Hospital. A call for aid went out at 7:52 a.m., and first responders from the LPD, Lewiston No. 1 Volunteer Fire Co. and the Niagara Falls Airbase arrived on scene to investigate the post office. Hazardous materials teams from both Niagara County and Erie County soon joined them.

The postal workers "were quarantined until we could find out exactly what was the source of this. Now that we have determined that, they'll be released," Previte said. "There's nobody, I believe, that's still under treatment."

At this time, it's unknown if the non-toxic irritant came in the mail, or was the result of worker or machine error.

"We don't believe that anything criminal occurred here. So, from a law enforcement standpoint, we're going to leave it to the postal inspectors to handle their investigation," Previte said.

He likened the irritant to "some sprays that are out there that would affect your eyes."

Mark Hain, deputy fire coordinator for Niagara County Emergency Services, and chief in charge of the county hazmat team, said, "Our hazmat crews did initial entry into the facility. They took a lot of specialized metering with them - a very widespread (array) of metering that we use in processing of any unknown type of incident. We had some identifiers come up with our instrumentation." 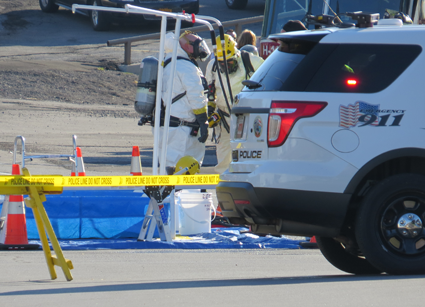 Six teams of two hazmat crewmembers went the inside the post office during the initial investigation. They rotated through the building in shifts.

"We collected data. We followed through with our data. We came up with another game plan with what we were receiving from our instrumentation at that point," Hain said. "Then we expanded our investigation. We went back in, and continued to do more investigation, to what was going on, as far as it being an irritant. After we had gone through many cycles of high-threshold risk, we brought it down to very-low threshold risk - that it was an irritant."

He added, "There is no immediate danger to life or health, or risk for environment. We can guarantee that. Everything is safe."

Hain said the post office would be turned over to U.S. Postal Service investigators.

Michele Siwinski, a U.S. Postal Service inspector and team leader for the Postal Inspection Service, said she had yet to get inside the post office.

"We'll have to find out what the source was, and then interview some people to find out exactly what caused the discharge," she said. "We don't know that at this time."

Siwinski said law enforcement officials had spoken with those receiving medical treatment, and none, thus far, indicated seeing or opening anything unusual.

She would not characterize the irritant as powder or water or "as anything at this point, having not been in the site."

"We will have to make sure that the irritant is cleared up and aired out ... (because) the safety and health of our employees - even though it is not dangerous, it certainly causes discomfort. That's going to have to be cleaned up," Siwinski said.

As for parcel delivery, "Everyone will receive mail," Siwinski said. "I've been in contact with postal, and they're actually dividing the letter carriers into a couple of different area offices. And they'll be delivering out of (those respective offices) tomorrow, if they cannot get back in here today."

She said the Lewiston Post Office could reopen as early as Thursday.

Hain said it is unlikely the parcels inside the building are contaminated.

"I did not enter the facility myself; my crews have entered the facility. Through investigation of what they worked through and found, I would probably not believe so," he said. "The U.S. Postal Service will, of course, bring in their investigative team. They will also bring in their own contracted cleanup crews to assess anything that was touched in there.

"Nothing will come out of there that was in contact with that irritant."

He said he was relieved the incident didn't pose a greater risk to Lewiston residents.

"It's probably one of the better outcomes that we could've hoped for," Previte said. 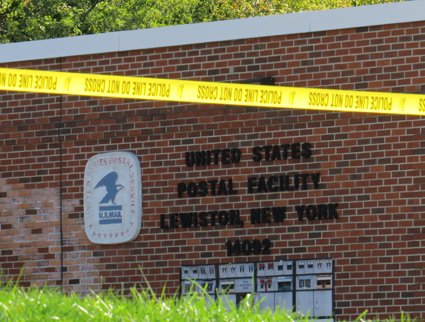 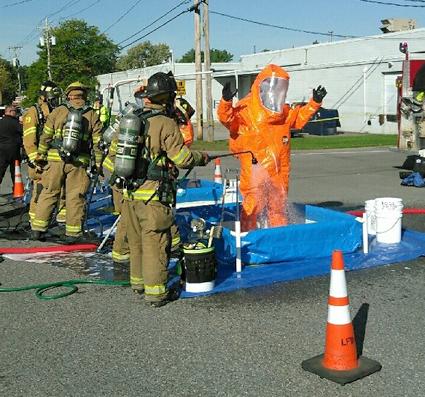