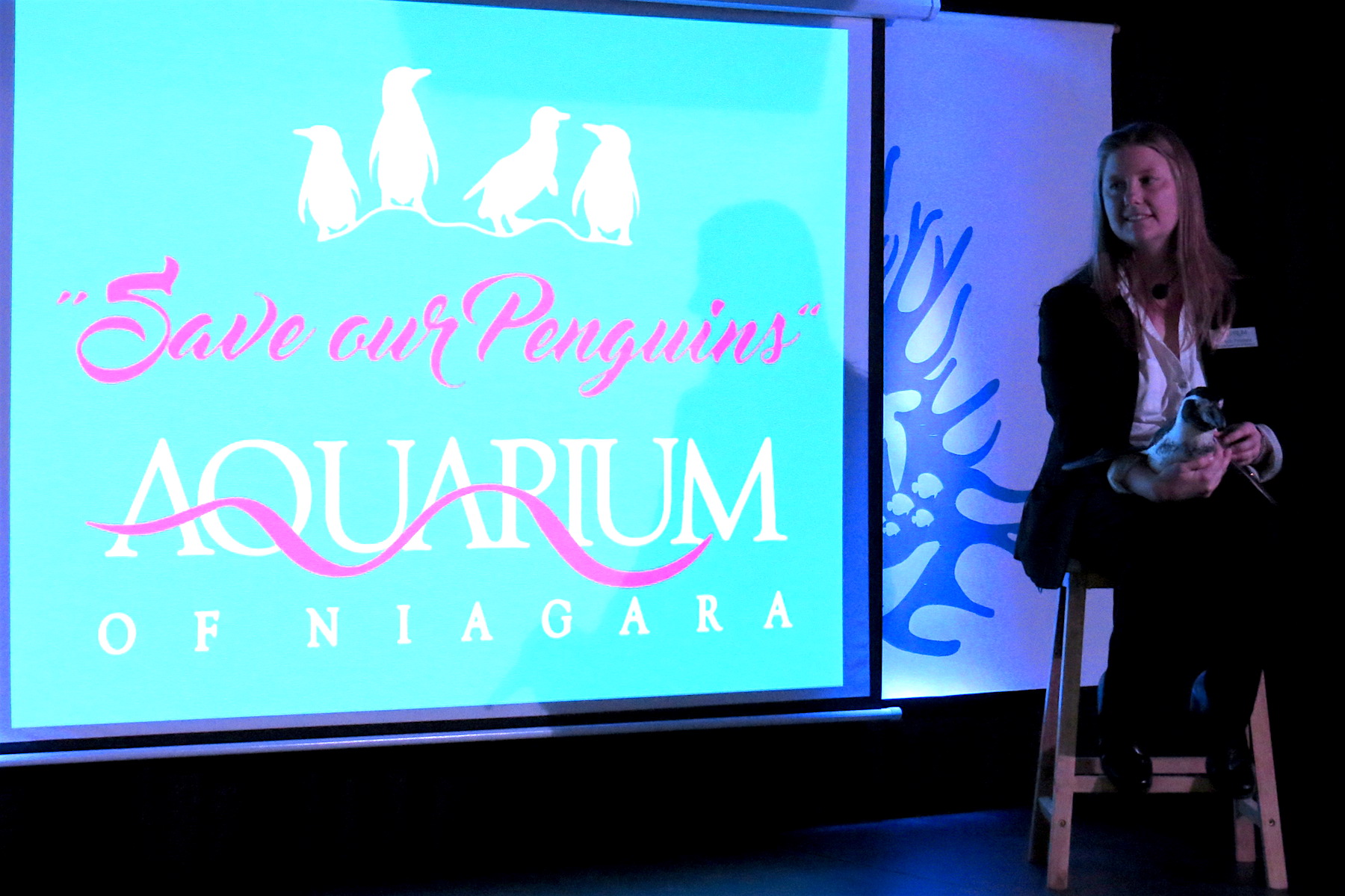 VIDEO: Aquarium of Niagara asks community to 'Save our Penguins'

The Aquarium of Niagara hosted a press conference Wednesday morning to update the public on final-phase fundraising efforts related to the creation of a $3.2-million, 3,500-square-foot Humboldt penguin exhibit. To date, between $2.3 and $2.4 million has been raised, thanks to donations and the financial support of New York State Sen. Rob Ortt and Assemblyman John Ceretto.

To ensure construction begins on schedule in early 2017, the public was encouraged to participate in a "Save our Penguins" fundraiser, and to consider making a donation. A GoFundMe page was created and will serve as a place where interested individuals can make a contribution.

Currently, the Aquarium of Niagara has seven penguins - half of which are 20 years old or older. A penguin's typical lifespan is 17 years. The venue can't bring in new penguins until a more suitable environment exists.

Once the new exhibit is completed, the Aquarium of Niagara can apply for accreditation from the Association of Zoos and Aquariums. If approved, the attraction can enter into partnerships with other environmental agencies to take on additional penguins. The goal is between 20 and 24.

Aquarium of Niagara Executive Director Gary Siddall said the exhibit is designed to have a naturalistic seascape backdrop, a large programming space and an adjoining, interactive classroom. For the penguins, the front pool will be about 4 feet deep and hold 10,000 gallons of water. The rockwork will mimic what the birds would find on the coastlines of their native Peru or Chile. Additional nesting areas will be set up at the back of the display.

The exhibit will be created within the aquarium's existing footprint. The heavier construction work would be scheduled after-hours, so as to allow the aquarium to remain open to patrons.

To give to the Aquarium of Niagara's Humboldt penguin exhibit, visit gofundme.com/saveourpenguins. For larger contributions, go to aquariumofniagara.org, or call the development office at 716-286-9381.

The Niagara Falls landmark is located at 701 Whirlpool St. 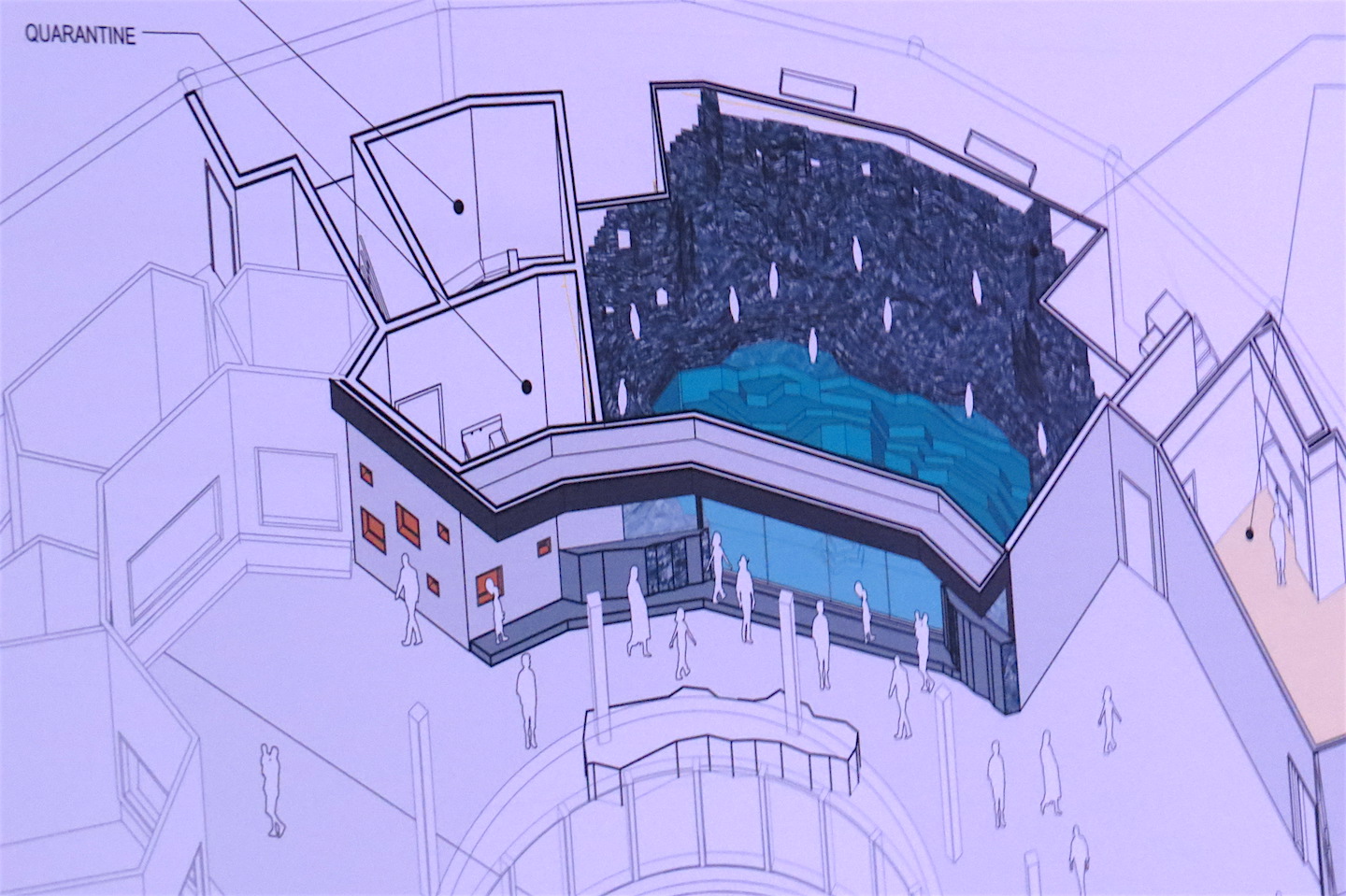 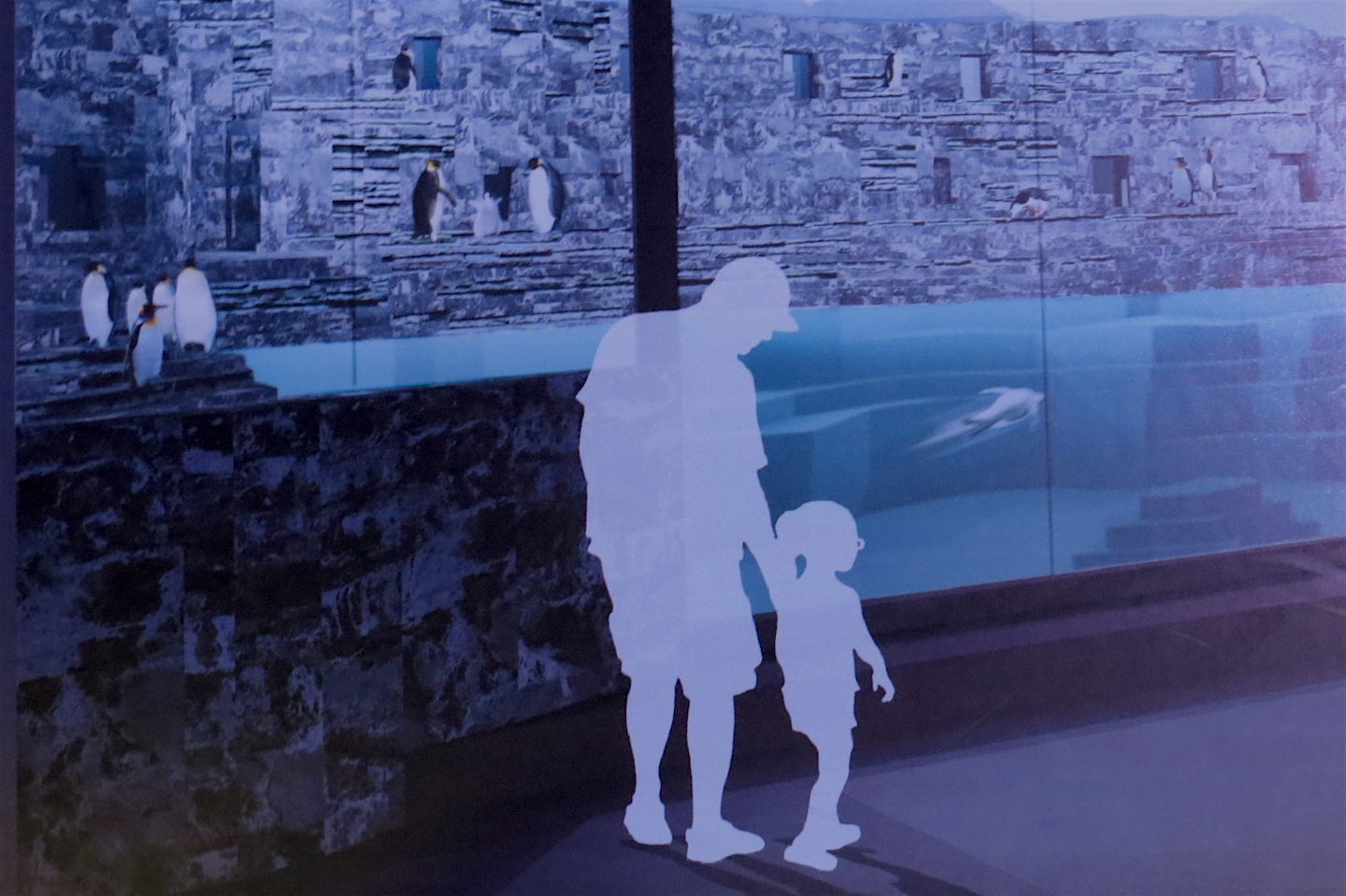 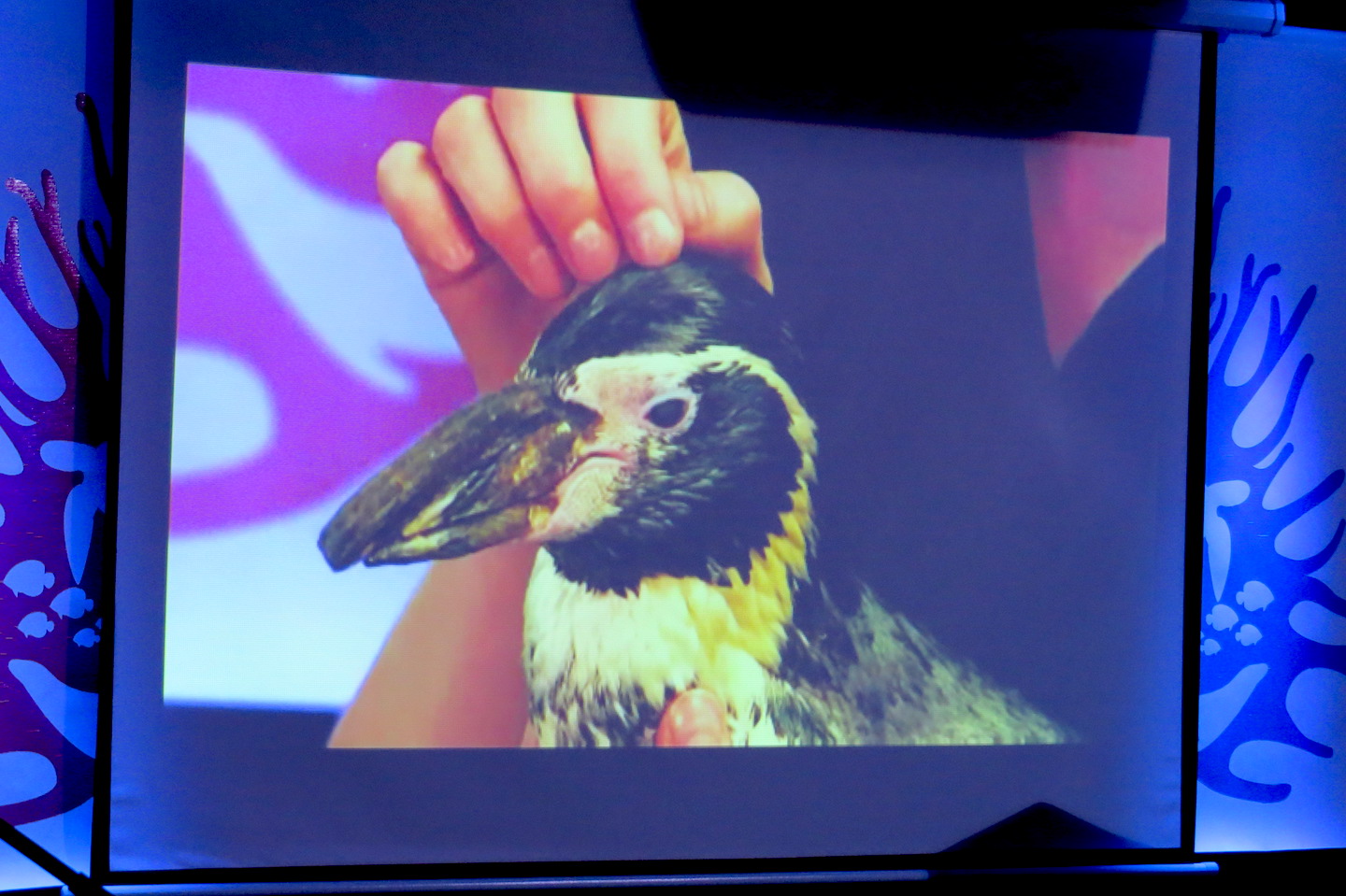 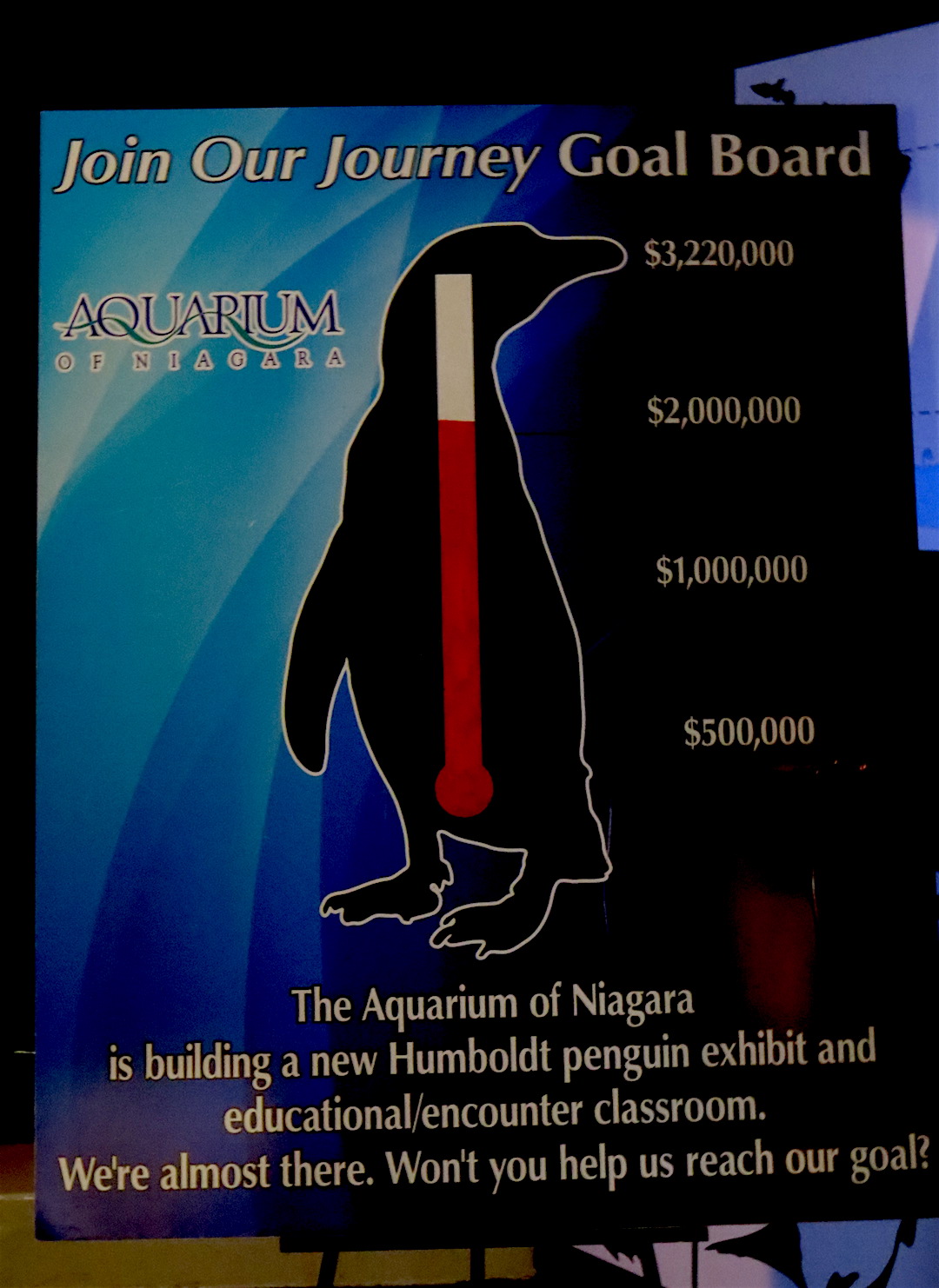 The $3.2-million funding goal has almost been met.