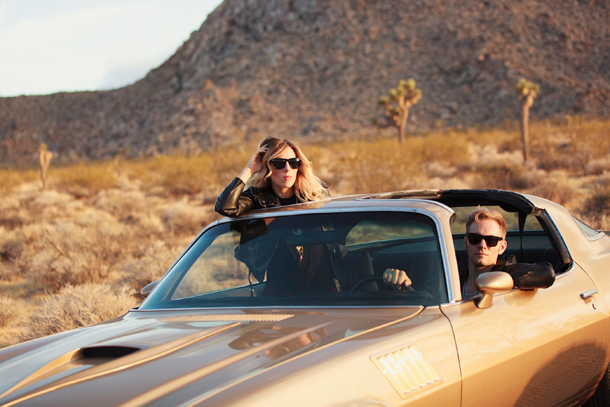 Interview: 'These Are the Days' for Love & The Outcome

Duo Love & The Outcome is back with a new album - and a new approach to Christian music.

Instead of ethereal ideas, or a rehashing of scripture to song, they've broken down the relationship between God and man into straightforward, accessible ideas - set to beats as good or better than anything on pop radio.

In "The God I Know," the first single from Tennessee (via Winnipeg) husband and wife Chris Rademaker and Jodi King, she says, "If it was all about religion/ what to do, what to say, what to wear on a Sunday/all about perfection, black and white, wrong or right, never grey/well, I'd never make it, I'd never be good enough."

After introducing this radical concept that Christianity isn't about being perfect - or looking unflawed, for that matter - she then goes on to say - get this - God was actually rooting for her to succeed.

She sings, "I tried to walk the line, pray that I'd find somethin' that I knew was real/began to realize, the harder I tried, the colder I'd start to feel/until the moment/ the second I met your love/and then I threw my hands up/worries down/I remember when he showed me how to break up with my doubt/once I was lost, but now I'm found/no strings attached when he saved my soul/I want you to know the God I know/you gotta know/oh, the God I know."

And did I mention, in the accompanying music video, all of this takes place in a John Cusack/"Say Anything"-type setting?

On "These Are the Days," Love & The Outcome establishes King (also an apt keyboardist) and Rademaker (a top-notch bassist) as both creative and insightful writers and performers.

Simply put: Love & The Outcome cracked the code. The duo has created an album of songs that you'll welcome to get stuck in your head. The kicker: As you're humming these songs over and over again, their honest, heartfelt lyrics, chock-full of profound spiritual lightbulb moments, are churning in your brain.

It's all about God's love, plus really catchy tunes. And the outcome is something unexpected - and not just within the genre.

"It's not something we really foresaw," Jodi said. "There's not a lot of Christian music that thrives in Canada. Not what we grew up listening to. So, it's not really where we thought we would be. It wasn't the goal.

"But it's just really cool to me how the Lord uses the failures and - I mean, more so the failures in our life than the successes; we haven't had a lot of them - to kind of guide us and nudge us to where we are if we're surrendered to the path. I think that's just really what it is.

"We live as much as we can with open hands and open hearts to sort of be guided by the Holy Spirit, and then we also make decisions and walk and do the best we can to steward our lives well. And this is sort of where we ended up.

"And there's just a lot of days that we laugh about it, because it's not necessarily where we thought we'd be, but we're so honored and so humbled by the audience we do have. And we just do the best to be ourself, but still serve that audience well." 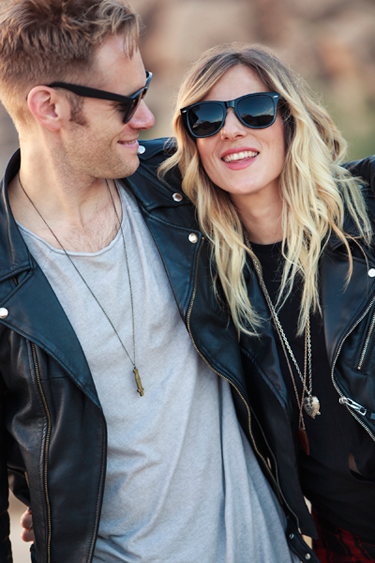 "These Are the Days" comes on the heels of an interesting three years for Love & The Outcome. The duo's self-titled first album found the husband and wife struggling to make a go of it as recording artists, dealing with loss, and "being sort of wanderers," Jodi said, traveling North America in a Jetta.

As the second album nears its Sept. 23 release date, Jodi and Chris have settled down in Nashville. They purchased a home, and welcomed baby Milo into the world earlier this year.

From a career perspective, the band has a certified hit with "The God I Know," a string of popular YouTube videos, and upcoming tour dates with Sadie Robertson's "Live Original," Jeremy Camp, and Newsong's "Very Merry Christmas" show.

"We got three years between records. Our first come came out almost exactly two years ago. So, a lot of life has happened," Jodi said. "There's a lot of new material. You just kind of, I don't know, we were in such a different season. I don't know if that's always the case if you're forced to make your first and second record closer together. But we weren't, and I'm grateful for it.

"The first record, you know, it was really the living on the edge, pushing boundaries. You know, we were newly married, and the goal was just kind of getting our career off the ground, and everything else in life revolved around that purpose. So we found that we sounded a little more desperate and there was a little more, kind of like, I don't know; there was just a different cry and tone.

"This one, I feel, you know, a lot of life is revolving around Milo. Around new friends. Around a church we love. Around a community we've built in Nashville, as well as in music. I guess it's just more of a well-rounded, I guess life, right now. And having a home life is something we've never had. ... Oh, man, it's been a long, long time."

Jodi called "These Are the Days" "just a completely new record with a new feeling." She said, "A lot of it, too, comes out of the courage, I think, to be more who we are. I think on record one, Chris and I were pretty new at being a band together. We started as two separate bands, and we were finding our feet, you know? He's a bass player. I'm a piano player and a singer. And we were just trying to combine his rock background with my pop background. And it worked on some songs really well, and on others I think we look back and feel like, "Oh, man, that's not totally us," you know?

"And on this one, I think we just sort of went for it. Chris just put on his bass, started playing melodies, and he's a really melodic bass player. And I just put the (words) on top of those bass lines. And we really kind of honored that process through the whole record.

"So, I think, sonically, as well as thematically, there's just a freedom and a celebration in the season we're in, and kind of being who we are in it." 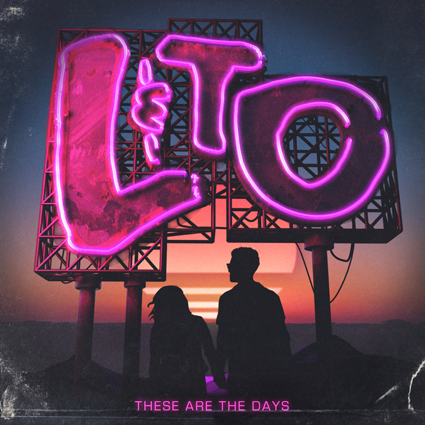 Love & The Outcome's "These Are the Days"

Jodi laughed when the notion of lyrical transparency was brought up, because, "Chris and I have always joked that we heard Tom Petty - he's one of our favorites - say, you know, 'I'm not a poet.'

"So many songwriters come from that place. He's like, 'I just tell it like it is.' And I think we've always kind of related to that approach.

"Chris and I, we're not super-poetic. We're a little more, you know, this is how we feel; this is how it is. And a lot of these (songs) came out of my journal entries, and out of conversation around that.

"I don't know. It feels a little more like the Psalms to me. There's a few songs on the record where, you know, you're just kind of, like, shaking your fist at the Lord, and then you're praising him at the same time. I don't know if that just comes out of being in a season where I am (in) over my head and Chris is over his head as a new dad, as well as kind of leading our band and packing our trailer and loading all our gear on stage. We're doing so many things in a way we've never done them before.

"So, I think we're just back to the basics in being sort of in the season of parenthood and road life, and that probably comes through in a lot of the lyrics."

Jodi said "making it" doesn't mean the burden to succeed goes away.

"I think that the pressures just change," she said. "We're just in the middle of preparing for some of the sort of industry opportunities that we did a few years ago when we launched the first record, and no one knew anything about us. At that point, I think you're just feeling the pressure to impress, and there's desperation to make every opportunity count - and still be yourself.

"Those pressures exist now, but there's just a little, I guess, an underlying sure-footedness that comes with being here - being on record two; being a little more aware of who we are, and what the Lord wants us to say. And stewarding that above the accolades, and above the claps at the end of the songs.

"We've always felt that way. But I think, on record two, you feel a little more confident to just stand up on stage. And, even though there's nerves, you're like, "OK; let's do what we're going to do."

The duo takes somewhat of a different approach when it comes to making music videos.

"We're weird. We will wait to make a video until the last minute, if we don't have a clear, excited vision about it," Jodi said. "We won't just make a video. And that's true of 'The God I Know.' Literally, we changed our flights. The day before we went, we were playing a festival in Toronto, and one of our favorite music video directors was there. And we love being stuck in Canada when we can. And we literally got the idea, and our manager found this empty pool in this private middle school in Toronto. ...

"I think that's something that I'm really proud of with our band. ... Sometimes in Christian music the message trumps everything else - to the point where the art can be lost - and that's something we really fight against. I think both can exist together, and I'm hoping our videos are little bit of an example of that."

Though it all - the ups and downs of life, and a career in music, and this unusual approach to Christian music and videos, Jodi said, "We're the outcome of a God who loves us dearly," and on the duo's second album, "That was really the messaging we wanted people to sense."

"God is love. We are the outcome," she said.

Watch the video for "The God I Know":

Connect with Love & The Outcome