Cote described as charismatic and adventurous

On Sunday, Aug. 7, a memorial motorcycle run will be held at Williamsville North High School in memory of Jonathon Cote, a U.S. Army Airborne veteran who served in Iraq and Afghanistan. This will be the eighth year the run is taking place. It will start at Williamsville North and end at The Stone House in Lewiston for an after-party.

The motorcycle run honors Jonathon, who was kidnapped in Iraq while working as a security contractor. The idea of the event was set up by his brother, Christopher Cote, who said it was a good idea to remember Jonathon through his love of riding a motorcycle. The event gives out a $1,000 scholarship to a Williamsville North student, while the rest of the money raised is donated to WNY Heroes, a nonprofit group that helps local veterans and their families.

"Jon loved riding motorcycles, and I felt, what a better way to remember his life than by doing what he loved to do?" Christopher Cote said. He noted the run route was designed to be a beautiful one that would help remember Jonathon the best. That's why the Will North-to-Lewiston path was chosen.

"I enjoy seeing how happy people are during and after the ride, and how the ride keeps Jon's spirit alive," Christopher Cote said.

Jonathon, who graduated from Williamsville North, went into the Army to help serve his country, which, according to Christopher and his stepmom, Nancy Cote, is a resemblance of the life he lived.

Nancy called her son an adventurous and fun-loving great guy.

After serving in the Army, Jonathon decided to go to the University of Florida but, after a little time in Florida and some persuasive messages from those he served with, he decided to go back overseas to be a private security contractor. This is where he would meet Steve Fainaru, who will be in attendance at this year's event - coming in all the way from California.

Fainaru, an investigative reporter at ESPN and a Pulitzer Prize winner, was a correspondent with the Washington Post, covering the Iraq war, when he met Jonathon. Fainaru said he would follow Jonathon's squad, Crescent Security Group, and see what they did on a day-to-day basis.

Fainaru ended up writing a book called "Big Boy Rules," which covered his time in Iraq and the dangerous jobs private security contractors do daily. Fainaru also included Jonathon's story and the events that happened in Iraq.

He became very close with Jonathon.

"Jon was extremely charismatic and had a contagious personality. It seemed like he would get the most out of every day, and it made me spend the most time with him, because he was interesting and I wanted to write the most interesting story I possibly could," Fainaru said.

Fainaru called the process of writing "Big Boy Rules" an unusually emotional experience. He said he never had an experience like the one he had writing this book.

"I can't even think of another story like this one," Fainaru said.

In his time writing, he became very close with the Cote family, which welcomed Fainaru with arms wide open. Nancy Cote said Fainaru and her family are good friends and very close.

"Steve has been extremely helpful in dealing with the loss of Jon," Christopher Cote said. "Sharing Jon's life meant so much, and it made Jon live through the book."

Christopher Cote said he's thrilled to have Fainaru in attendance this year.

Fainaru said, "I had a lot of material that I turned over to Francis (Jon's dad) and, during that time, I discovered how great they were. I'm very grateful for them bringing me into their lives at such a difficult time and trusting me with the story."

Fainaru said he loves attending the event and is looking forward to being in attendance. He said, "There are a lot of things I enjoy. I get to see and spend time with the Cotes, and I love that the event is able to turn a tragedy into something great for the community."

The Cotes encourage motorcyclists to come out and honor Jonathon's life.

Jonathon Cote was taken hostage on Nov. 16, 2006, along with four others, while working as a private security contractor in Iraq. He was held captive/missing for 523 days, before his body was found and flown home to his family on April 28, 2008.

For more information on the race, visit www.freecote.com. 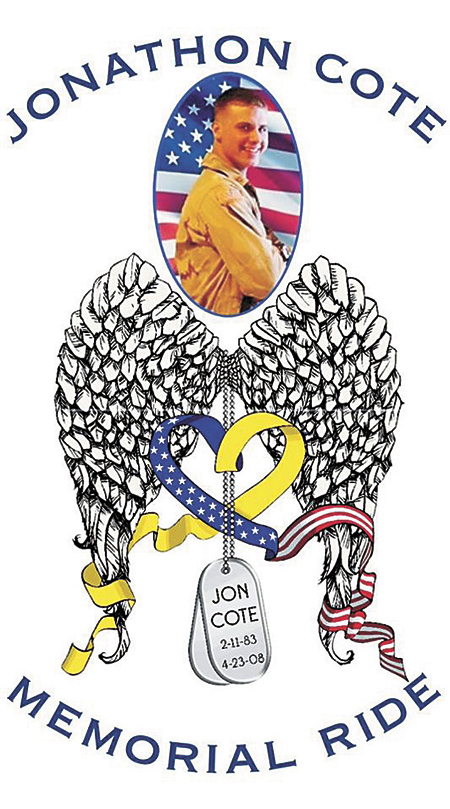