Jason and Ann MacClellan of Island Kids Child Care Center, Preschool and PreK are pictured at their school on Ransom Road, where a major expansion is taking place. (Photo by Larry Austin)

Soon after Jason and Ann MacClellan opened Island Kids Child Care Center, Preschool and PreK in June of 2013, they saw a surge in demand for their child care services. This summer, they're taking steps to meet the needs of Island families by undertaking a major business expansion.

To address growing demand, the owners have broken ground on a project that will add 4,000 square feet of school space to their building at 1353 Ransom Road. The building, as well as a new parking lot and bus turn-around, will be ready when the 2016-17 school year starts.

"As soon as we started digging that hole out there, I said, 'Three years ago we had 40 kids in this building,' " Jason said last week.

When complete, the new expansion will provide four more classrooms, plus a working library, a therapy room, and three bathrooms. The MacClellans anticipate enrollment will quickly fill the new available spots. After all the work is complete, the expansion will allow the business to quadruple school enrollment from the day they opened their doors.

The current building is already full. Originally licensed for 93 kids when it opened three years ago, the building was relicensed twice, Jason said, to reach its present maximum of 112. Along the way, the building has gone from six to eight classrooms.

"We've had a waiting list of 65-plus kids for over a year now," Jason added.

The expansion in the size of the building will also create an expansion in employment. Jason estimated the school could hire another 10 employees; 29 of the 38 employees are from Grand Island. 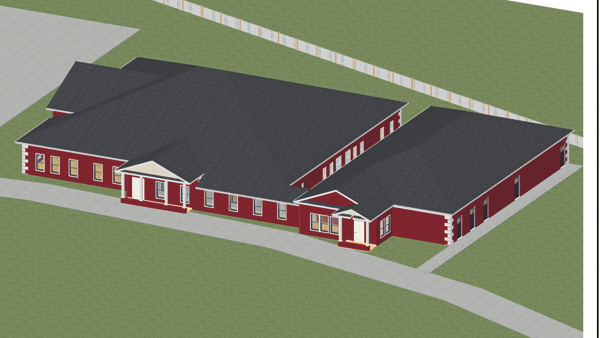