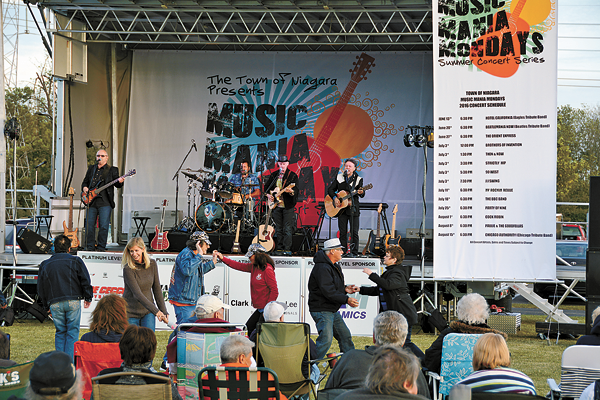 Happy Fourth of July: 'Pride in the Park' to offer Independence Day festivities

A new event will blast off Sunday in the Town of Niagara's Veterans Memorial Community Park. "Pride in the Park" will feature community activities and entertainment beginning at noon and extending throughout the day and evening.

The event is part of this year's "Music Mania Mondays" concert series and will serve as a patriotic celebration in honor of the Fourth of July.

"We've done our Independence Day concert where we've shot off fireworks after it," Town of Niagara Recreation Director Amanda Haseley said. "But this is the first time that we're doing an all-day event. Plus we're offering more activities."

Featured at the event will be five concerts throughout the day from different bands, a craft show and farmers market (together featuring more than 40 vendors), information tables from local nonprofit organizations, food, drink, a bounce house and children's activities. To end the night, fireworks will light up the sky at dusk - around 9:45 p.m.

Food options will include a Chiavetta's barbecue, Tim Hortons products, and hot dogs and hamburgers (sold by the Lions Club). Also, the Niagara Active Hose Fire Co. will run a beer tent and all proceeds will be donated to the fire company.

Haseley said the event is fully funded by local sponsors. 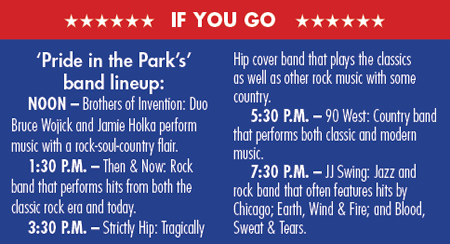 Town of Niagara Supervisor Lee S. Wallace said the event "goes along with my total overall plan to try and make the Town of Niagara a destination. With the concert, with the splash pad, and trying to get the 'Noel in Niagara' going and all these kinds of things - this is just another part of the puzzle."

Wallace said "Pride in the Park" was inspired by "Old Niagara Days," which hasn't taken place since the '90s. This event offered a variety of family-friendly activities spanning over a weekend.

However, after a number of years, it fell to the wayside and eventually was no longer held.

If this year's first "Pride in the Park" proves successful, the town may continue it as an annual tradition.

"This would be the precursor to trying to build this thing up and make it a big music festival ... with a variety of other activities," Wallace said.

For example, a car show may be considered for this event in the future.

"The possibilities are endless," Wallace said.

Overall, Wallace said he would like the event to grow and, in turn, draw more people to the park and utilize it as a community resource.

Haseley said, "I'm hoping that it introduces people to the park more. ... I think we're going to see people coming and going all day long. They'll be some that probably come at noon and stay until the fireworks ... but (others may) have other family picnics or things going on. So, they can stop by for two hours, they can go, they can come back, they can see the different bands that they're interested in." 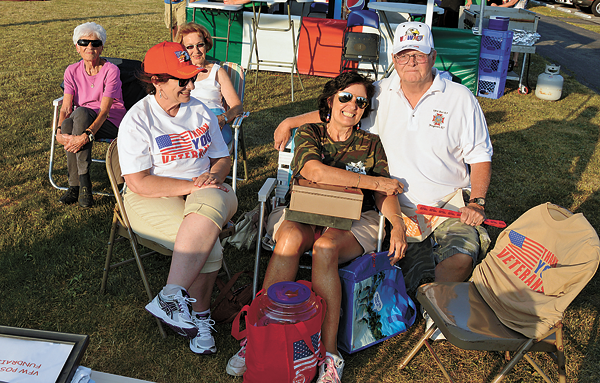