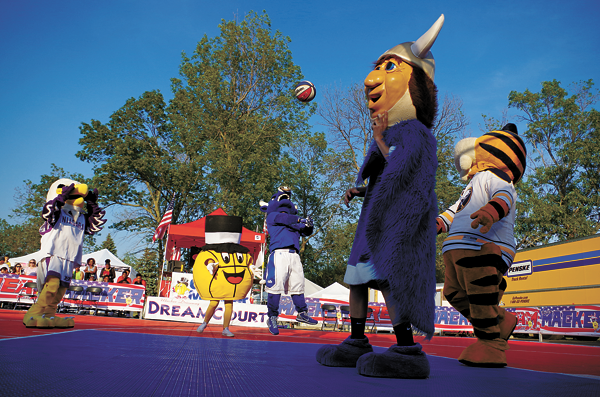 Corey McGowan said he is ready to run another hoops tourney right away following the weekend's Gus Macker 3-on-3 Basketball Tournament.

The promoter of the Grand Island Gus Macker, held June 4-5 on Grand Island Boulevard, was overjoyed with the results of the event in its second year.

"Dude, I had so much fun this time around. I wish every weekend was a Macker weekend," McGowan said Sunday as the last game wrapped up on the boulevard. "Last year sucked. Miserable."

The tournament vibe a year ago was negative, with the town government, under pressure from opponents of the tourney, requiring McGowan to add security forces to staff the event, among other issues.

"Just so much battling and people weren't happy. This year, everyone was excited and it made it fun to do," he said.

He said there were 262 teams this year, about the same as last year. Like last year, security problems never materialized at the tourney.

"Nothing," he said. "Zero problems." He pointed out he had 10 security guards at all times.

"I think it's almost obvious now that there's way too many security guards around."

Mother Nature dished out an assist to the Macker, too.

"We lucked out with the weather. It was threatening early this morning, but the sun came out and we got all the games in," he said.

"I love the layout this year. I think moving the vendors into the center of the action made things a lot more fun," McGowan said. "They got a lot more foot traffic, so we'll definitely keep that the same going forward to next year."

A Friday night Macker preview was a success as well, he said, adding that he hopes the Grand Island theme night at the Macker grows next year.

McGowan said a "hilarious" moment was a 3-point shot dunk tank, with Supervisor Nate McMurray in the seat Saturday. Both McGowan and Councilwoman Bev Kinney sank shots from behind the 19-foot, 9-inch arch to send the supervisor into the drink. 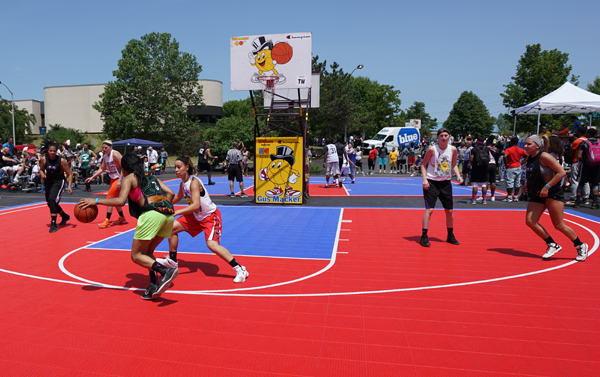