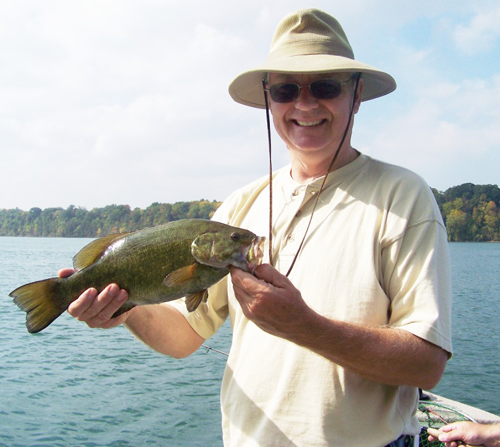 Fishing season is almost here, but I've really never touched much on Upper Niagara River fishing, probably because personally I haven't fished that stretch of water in quite some time. But when I did, I learned a lot of things about it.

This is a stretch of water that is not to be taken too lightly. It holds all kinds of species of freshwater fish. In it you will find tons and tons of emerald shiners (minnows), much sought after by our local fishermen for bait, and then anything from sturgeon, to rock bass, yellow perch, calico bass and bullheads. Also, more exotic species can be found like trout, some salmon, muskellunge, northern pike, walleye and black bass.

Some friends have remarked they don't seem to do too well on bass from the Upper Niagara. Well, they are there and they are abundant.

But there is a possibility they don't look in the right places. These bass, often referred to as "bronze-backs," confine their activities to certain weed-beds, wrecks, rock ledges and deep holes that, in many cases, cover less area than a normal living room. Average water depth of bass fishing drifts will range from 6 feet to 10 feet except for certain deep holes. Any fisherman with a reasonable amount of ability can manage to become an Upper Niagara River bass fisherman.

In the upper river, bass anglers generally prefer rigging up the soft-shelled crab. The crabs need to be reasonably soft shelled, kind of rubbery, but a lot of anglers find that a smaller crab is very successful.

The universal bait is the soft-shelled crab, properly set up. By "setting up," we mean that the crabs must be reasonably soft and the consistency of sponge rubber.

My experience has been that the smaller crab is most successful when using this live bait. The best way to connect your crab to the hook would be to run it up through the tail, and when the fish bumps it the first time he will be making sure it is as tasty as it looks. Then, wham, he'll come back and devour your offering.

If you open your bail and just let him take it out about 10 feet, he won't feel the tension. Then you can set the hook, and then the battle begins. In late summer, fishermen will switch to live chubs, but also use night crawlers being trailed behind a small spinner on a three-way rig.

Check out Staley's Reef on the Grand Island side of the river near the new parking area on the West River Parkway, also called the clay banks. Out from Staley's Reef is a big hole called the drop off, and directly below the reef is a fine bass area called the weed-bed. Staley's Reef can be fished from land via the parking lot there. Fish the edges of the weeds about three or four feet outside.

Sometimes walleye will share the same habitat as bass do, but mostly on the southern end of Grand Island. And you would use similar methods for catching those. Northern pike will kind of stick around the weed-beds south of Strawberry Island, but you will catch them around Six Mile Creek around spawning season, and Buckhorn Island. Perch seem to best hang around the southern end of Grand Island, as do muskellunge.

The river splits around Navy Island, and at the head of it and down both sides are well known spots for good bass fishing. There is a large weed-bed where the river splits, holding a lot of bass. You will be in the West River (Canadian side) coming down and the East River goes the other way around the Island.

There is a caution warning here for two things: You need an Ontario fishing license to fish the east or west side of the Island, also no booze or empty booze cans are permitted. Navy Island sits in all Canadian waters and the boundaries on the east side are pretty close to shore on the American side. I have seen fishermen wading in boots off shore there to fish and to duck hunt, also. The water is shallow for quite a way out.

The other warning you should heed is when you get to the down-stream corner (north) of Navy Island, it's time to reel in your gear and move on to make another drift. If you are crazy enough to challenge that, there are rock reefs out there that could take the bottom off your boat and/or seriously damage the motor. Some fishermen/boaters already know this; they learned the hard way.

There are also giant signs out there warning you that there is danger going anywhere beyond, and it's very illegal. You will be seen, you will be arrested, and you will pay big money for fines. Those fines will amount to thousands. It is not governed by the local law enforcement; it is a United States Coast Guard ruling and you will answer in court in Cleveland. It is not taken lightly, and it is enforced.

I was out there and along the West River shoreline one day, and my shear pin broke on my old motor and I couldn't go anywhere. The drift toward the falls is fast in there, and I managed to replace the shear pin before the rapids got me. God was on my side that day. Nowadays, shear pins are not used anymore.

There is good fishing throughout the Upper Niagara, but the best bass fishing seems to be on the west. Be careful and always know where the U.S. and Canada boundaries are; you need to heed the Ontario laws. Even if some in Ontario are different than ours, you need to respect them. It is a good idea to have a river map with you or a good, working GPS unit to tell you where you are, fishing or just boating.

Back in my days, I accidentally caught an Upper Niagara musky on a bass lure. My line didn't have a steel leader and the fish must have caught on in between its upper and lower teeth. I was able to land it and retrieve my bait and lure and release it. I can remember using a 12-pound test line at the time on a 7-foot spinning rod and it almost pulled my arms off. I thought, "I'll leave those fish for the experts."

The Niagara River Musky Association has a beautiful website and is celebrating its 22nd year of existence promoting catch-and-release, education, research and camaraderie among fishermen. They work very close with the New York State Department of Environmental Conservation.

If you go to their website, you can learn from others how they catch muskie, and how to safely release this toothy fish back to its watery home. The old-timers standby, for catching these fish was always the famous Creek Chub lure or the Smithwick lure. Nowadays, large tube jigs are doing the catching quite well.

Hmmm, how times change. There are a lot of things to learn about this toothy critter, and you can visit their website at http://niagaramuskyassociation.com/ if you like.

Muskellunge fishing season starts the last Saturday in May and lasts until Nov. 30. Minimum size has increased over the years to a whopping 54 inches. Bass season opens in the Niagara River (all of it, upper and lower) on the third Saturday in June and finishes up for the winter months on Nov. 30.

Remember to take someone fishing this summer. Fishing by shore or boat is one great experience, and everyone should share it, and enjoy the outdoors together. Please respect our clean waters and help to keep them clean.